The Times Magazine, New York Mag and Nat Geo shine in the finalist phase of the Ellies
READ THIS NEXT
Pinterest hosts its first ad summit and opens new video ad space to brands 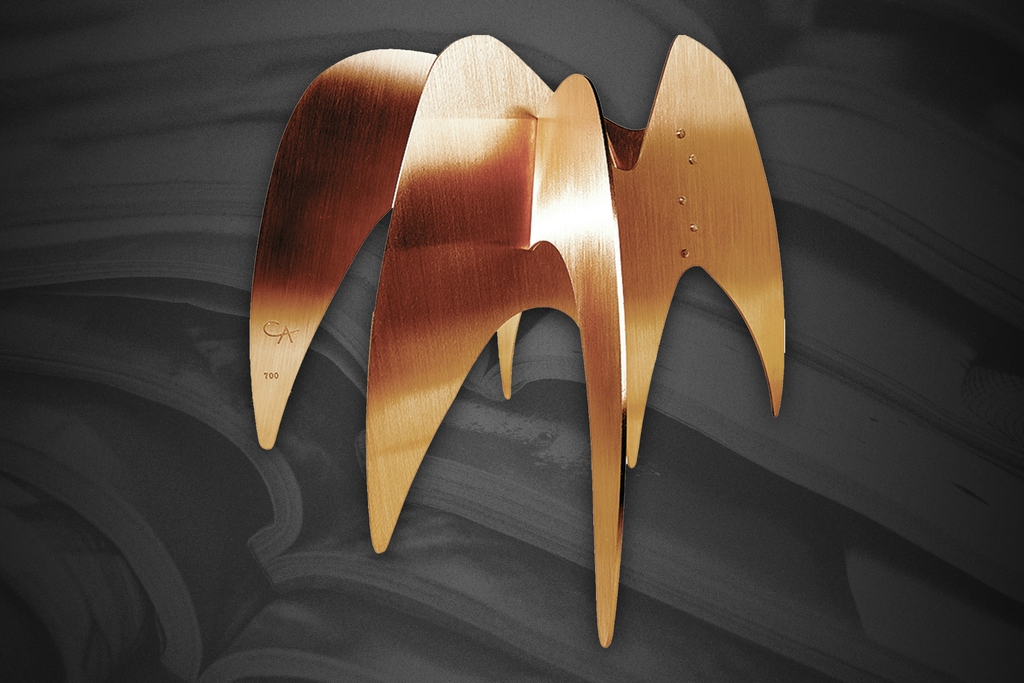 A magazine published by a newspaper has garnered the most finalist nods in the 2020 National Magazine Awards, which are among the publishing industry’s highest honors. The New York Times Magazine, under Editor-in-Chief Jake Silverstein, leads with 10 nominations, a historic high for the title.

Ad Age is herewith exclusively revealing (at the end of this post) all the finalists for the 2020 NMAs, aka the Ellies, after the elephant-evoking Alexander Calder-designed stabile that serves as the award trophy (one from “a private New Jersey collection” recently sold at auction for $16,000). The American Society of Magazine Editors in association with Columbia University’s Graduate School of Journalism will formally announce the nominations piecemeal in a Twittercast later this afternoon and the ultimate winners will be named at an awards show at Brooklyn Steel on March 12.

Sid Holt, the executive director of ASME, tells Ad Age that he was struck by the diversity of the work among this year’s finalists; the media brands up for honors range from big general-interest magazines to women’s glossies to city magazines to special-interest titles. “But what impresses me most of all is the quality of the storytelling and the energy and inventiveness that went into every feature and production. And the writing! The finalists in Feature Writing and Profile Writing—like Nick Paumgarten’s “Unlike Any Other,” about Augusta National, or Sam Anderson’s profile of Rick Steves—will be read for years to come.”

The New York Times Magazine nominations include nods for The 1619 Project, a groundbreaking initiative launched last summer (see Ad Age’s Aug. 14, 2019 coverage: “NYT launches ‘The 1619 Project’ to examine the legacy of slavery in America”). “We often talk about the power of magazine journalism to shape the national conversation,” says Holt. “If anyone ever doubted it, here’s proof.”

The National Magazine Awards program has, over the past several years, increasingly honored multimedia executions and digital-only editorial excellence, while drawing a rising number of entries from media brands such as The Verge and The Trace—both of which are 2020 finalists—that have no print editions.

Judges from the publishing industry and the larger journalistic community assembled over two days in January at Columbia University’s stately Pulitzer Hall to deliberate over entries.

Set to add some old-school glossy swagger to the March 12 awards show: former Esquire Editor-in-Chief David Granger, who will be inducted into the Magazine Editors’ Hall of Fame as a part of the ceremony. The ASME Award for Fiction will also be awarded that night to the previously announced winner, The Paris Review, for three stories: “Under the Ackee Tree,” by Jonathan Escoffery; “Foxes,” by Kimberly King Parsons; and “Howl Palace,” by Leigh Newman.

• Audubon for “Start Here! Your Guide to Climate Action,” reporting and editing by Andrew Del-Colle, Breanna Draxler, Kevin Dupzyk, Rene Ebersole, Martha Harbison, Janet Marinelli, Andy McGlashen and Hannah Waters
• Cosmopolitan for “Your Non-Scary Guide to Going to Rehab,” by Andrea Stanley, and “How to Go to Rehab,” by Kiera Carter and Kaitlin Menza
• O, The Oprah Magazine for “The Agony and, Yes, the Ecstasy of Menopause,” by Robin Marantz Henig
• Philadelphia for “Ouch,” by Brian Howard, and “Win the War on Drugs,” by Gina Tomaine
• Self for “Black Maternal Mortality”

• Fortune for “Epidemic of Fear,” by Erika Fry
• Mother Jones in partnership with Type Investigations for “Inside the US Marshals’ Secretive, Deadly Detention Empire,” by Seth Freed Wessler
• New York for “Before, and After, the Jogger,” by Sarah Weinman
• The New York Times Magazine in partnership with ProPublica for “False Witness,” by Pamela Colloff
• The Verge for two articles by Casey Newton: “The Trauma Floor” and “Bodies in Seats”

Feature Writing (NOTE: ASME elected to name more finalists for this category because of the volume of entries received)

• The Georgia Review for “Jerry’s Dirt,” by Jacob Baynham
• New York for “Elizabeth Warren’s Classroom Strategy,” by Rebecca Traister
• New York for “Walking Time Bomb,” by Amy Wallace
• The New York Times Magazine for “Rick Steves Wants to Set You Free,” by Sam Anderson
• The New Yorker for “What Are You Laughing At?” by Vinson Cunningham

• The Believer for “Good Shepherds,” by Meghan O’Gieblyn
• Pitchfork for three reviews by Rawiya Kameir: “Ariana Grande: ‘thank u, next,’” “Lizzo: ‘Cuz I Love You’” and “Kanye West: ‘Jesus Is King’”
• Poetry for “Tactile Art,” by John Lee Clark
• The Nation for “India: Intimations of an Ending,” by Arundhati Roy
• Virginia Quarterly Review for “The Ladder Up,” by Carina del Valle Schorske

• Catapult for three columns by s.e. smith: “When Disability Is a Toxic Legacy,” “The Ugly Beautiful and Other Failings of Disability Representation” and “What We Don’t Talk About When We Talk About Mental Health and Medication”
• Foreign Policy for four articles from “Decoder”: “India Has a Mindset Problem,” by Ravi Agrawal; “Why Young Koreans Love to Splurge,” by Jeongmin Kim; “Repent for Your Frequent Flyer Miles!” by Peter Kuras; and “Ukrainian Corruption Is Trump’s Native Language,” by Marci Shore
• The New Yorker for three columns by Jia Tolentino: “Kanye West’s Sunday Service Is Full of Longing and Self-Promotion,” “Love, Death, and Begging for Celebrities to Kill You” and “E. Jean Carroll’s Accusation Against Donald Trump, and the Raising, and Lowering, of the Bar”
• T: The New York Times Style Magazine for three columns by Ligaya Mishan: “Nothing Sacred,” “An Assault on the Tongue” and “Interlopers”
• Texas Monthly for three columns by Sterry Butcher: “Lines Through the Sand,” “Thoughts on a Mixed-up Horse” and “Man of Letters”