18.1 million viewers tune in for Thursday night's brawl
READ THIS NEXT
TV giants see glimmers of hope for the ad market 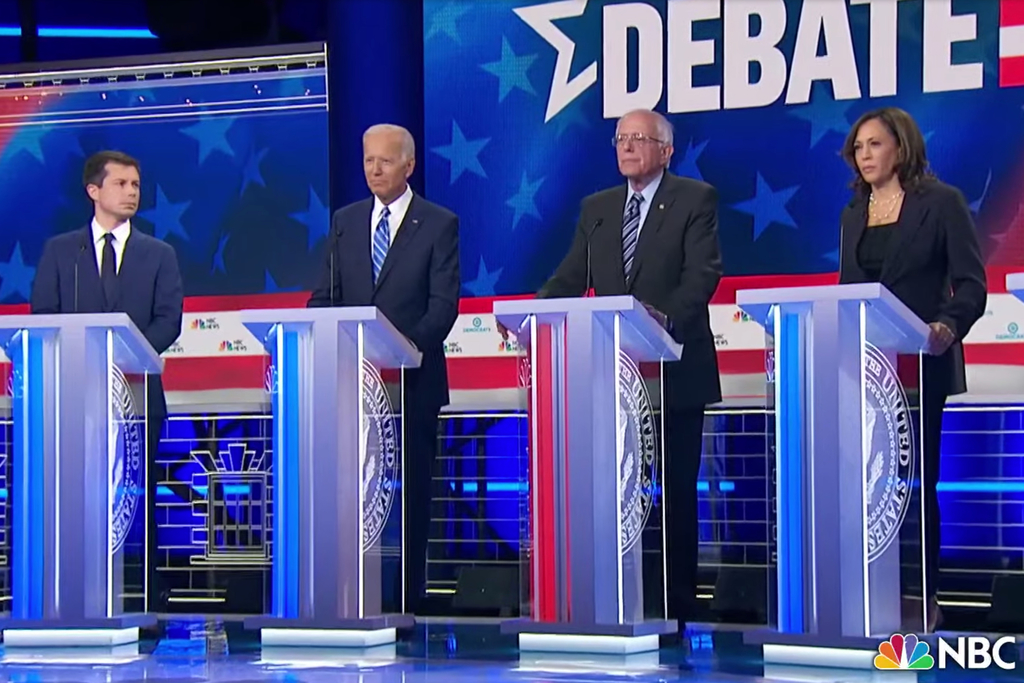 Of the millions of political junkies and rubberneckers who watched the second Demo debate across NBC, MSNBC and the Spanish-language network Telemundo, 29 percent (5.3 million) were members of the adults 25-54 news demo. That edged CNN’s previous record of 5 million adults 25-54.

The NBC broadcast network accounted for the lion’s share of impressions, averaging 10.6 million viewers from 9 to 11 p.m. EDT. Per Nielsen, 3.28 million of those viewers were in the dollar demo. The median age of NBC’s debate audience was 60.4 years. MSNBC’s coverage served up 6.68 million viewers and 1.65 million adults 25-54, while Telemundo drew 838,000 viewers and 344,000 members of the news demo.

While NBCU’s debate deliveries outpaced the news division’s expectations, the Dems didn’t have quite the drawing power of the unprecedentedly odd spectacle that was the August 6, 2015 Republican primary debate. Over the course of that Fox News Channel telecast, which averaged a staggering 24 million viewers—of whom nearly 8 million were in the 25-54 camp—then-candidate Donald Trump refused to make a pledge that he wouldn’t run as an independent if he failed to earn the Republican nomination, spoke of “people that are cutting Christians’ heads off” and got into a tiff with moderator Megyn Kelly about his habit of referring to certain women as “fat pigs, dogs, slobs and disgusting animals.”

If Thursday night’s meeting of the Democratic hopefuls didn’t quite stoop to the level of Trump’s ridicule of Rosie O’Donnell during that 2015 debate, there were times when the exchanges were less than collegial. The Biden 2020 campaign all but went down in flames when Harris reminded the erstwhile Veep that he had once opposed mandatory busing of students to desegregated schools.

So unprepared was Biden for Harris’ assessment of his personal and political record that he seemed to almost shut down in the face of her critique. “Anyway, my time is up,” Biden said, bringing their exchange to an end. “I’m sorry.”

Which isn’t to say that Thursday’s event was entirely short on whimsy, fellowship and big-hearted lunacy. Many Americans last night were introduced to the phenomenon that is Marianne Williamson, a self-help guru and lecturer with a decidedly offbeat sensibility. Among the Twitter-convulsing declarations made by the author of “A Course in Weight Loss: 21 Spiritual Lessons for Surrendering Your Weight Forever” was her smackdown of New Zealand Prime Minister Jacinda Arden.

Williamson went on to use her uncanny 1940s Mid-Atlantic accent to tell Pres. Trump that she would defeat him on the field of battle by harnessing the power of love.

The next wave of Dem debates is set to hit the national airwaves on July 30 and 31, as CNN takes its turn in the primary rotation.