Ahead of Peacock streaming launch, NBCUniversal remains in stealth mode 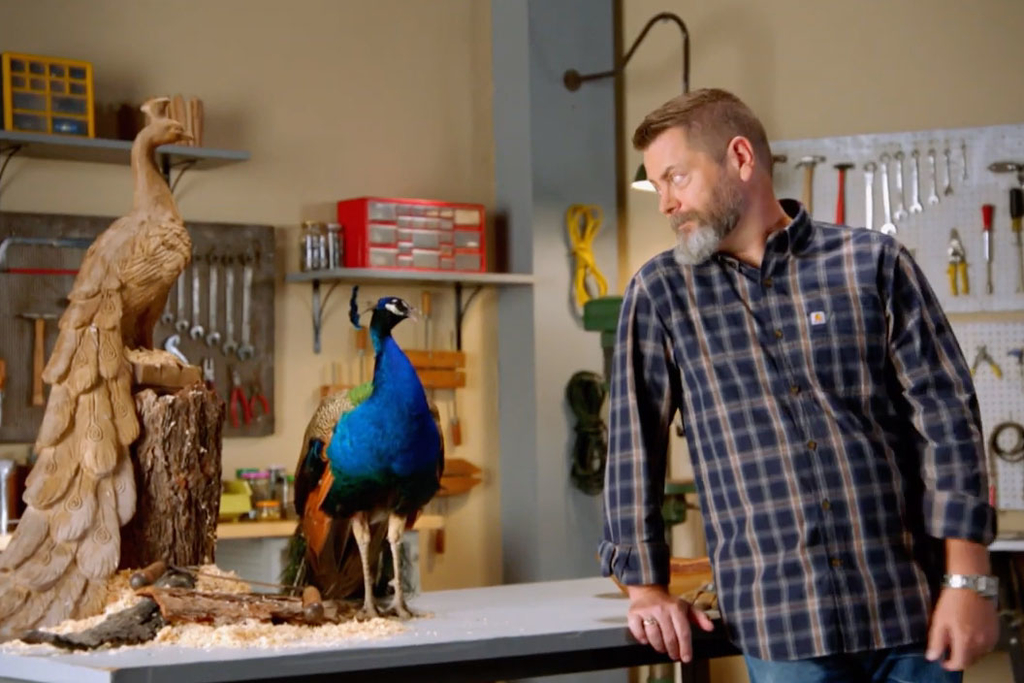 When speaking to the investor community for the first time about Peacock, Steve Burke didn’t exactly fling open the metaphorical kimono. In response to analysts’ queries about the nascent streaming service, the NBCUniversal CEO said his team is keeping details about the pricing and promotion of Peacock on a need-to-know basis.

Rather than engage in the sort of preliminary hooting and hollering that have colored the build-up of the Disney+ and WarnerMedia apps, NBCU will instead “remain pretty quiet until a month or two before launch, for competitive reasons,” Burke said during Comcast’s third-quarter earnings call.

Although Burke would like to keep the promotional fires banked for the near-term, he said he’s not at all surprised by the intensity that has attended the linear TV industry’s shift to streaming.  “You’ve got the three biggest media companies—Disney, Time Warner [actually now known as WarnerMedia] and NBCUniversal—all launching streaming platforms and this is a moment in time and a lot of people are being very, very aggressive about it,” Burke said, before adding that he imagines that the signal-to-noise ratio will continue to degrade as the first wave of new services crashes down on the marketplace.

“At some point there will be an inevitable slowing down and shakeout and the market will get a little more rational,” Burke said. “But I think it’s a moment in time and consumers are making their choices of apps and viewing habits and you want to be aggressive to get in there and make sure that your service is one of the consumers’ handful of favorite services.”

Burke noted that unlike the upcoming Disney and Warner direct-to-consumer services, Peacock will be ad-supported from the jump. “I think the most important thing to think about as you’re thinking about Peacock and its role inside NBCU and broader Comcast is we’re not doing the same strategy that Netflix and people chasing Netflix have adopted,” he said. “We’re primarily working with the existing ecosystem and doing a lot of AVOD [ad-supported video-on-demand] activity. And what that’s going to do, we think, is cut the investment pretty substantially, because I think we’re going to get to cruising altitude much more quickly than a subscription service.”

As a programming division aligned with the nation’s largest cable operator, NBCU has a streaming strategy that is necessarily more complicated than that of its rivals. Peacock will be tasked with a number of responsibilities that reach far beyond serving up episodes of “Frasier”; in addition to dragging the legacy TV model into the head-spinning digital future, the service (in a best-case scenario) will help Comcast retain its cable subscriber base while not in any way cannibalizing NBCU’s linear advertising business.

It’s a tall order, but Burke appeared confident that Peacock will have the goods when it launches in April 2020. “We’re playing to our strengths,” he said. “We happen to be part of a company that has 55 million video customers and is the biggest provider of television advertising in the United States.”

During the Q&A portion of the earnings call, Burke mentioned that NBCU plans to use the 2020 Summer Olympics as a promotional “afterburner” for Peacock, which will launch anywhere between 85 and 115 days before the torch is lit in Tokyo’s New National Stadium. The company will ramp up content “pretty significantly” throughout the year, Burke said.

Among the mix of library content and original series that will be available to Peacock users include the NBC sitcoms “The Office,” “Parks and Recreation,” “30 Rock” and “Cheers,” as well as a “Battlestar Galactica” from Sam Esmail (“Mr. Robot”) and a Punky Brewster refresh helmed by Mike Schur (“The Good Place”). Also in the works are the original dramas “Dr. Death,” starring Alec Baldwin and Christian Slater, and an adaptation of Aldous Huxley’s 1932 novel “Brave New World.”

Peacock’s film roster will include titles from Universal Pictures, Focus Features and DreamWorks Animation. At launch the service will boast some 15,000 hours of content.

Although pricing isn’t expected to be announced until after the New Year, Peacock will include an ad-supported and a commercial-free tier.

Thus far, NBCU’s promotion of Peacock has been limited to the subliminal. In a bid to remind viewers of NBC’s formidable comedy lineage, the network last month launched a “Comedy Starts Here” campaign that featured the talents of on-screen cutups Ted Danson, Andy Samberg, Amy Poehler and Nick Offerman, as they gamely interact with a rather familiar-looking bird decked out in colorful tail feathers. While expressly designed to boost NBC’s brand of chuckles, the in-house spots arguably pull double duty as a means of keeping the Peacock concept front-of-mind with consumers.

Comcast in the quarter posted $26.8 billion in revenue, of which $8.3 billion was attributable to NBCU. Advertising revenue at the TV unit declined 12 percent, as comparisons to the year-ago period were disadvantaged by the estimated $225 million in sales Telemundo raked in during its coverage of the 2018 FIFA World Cup.