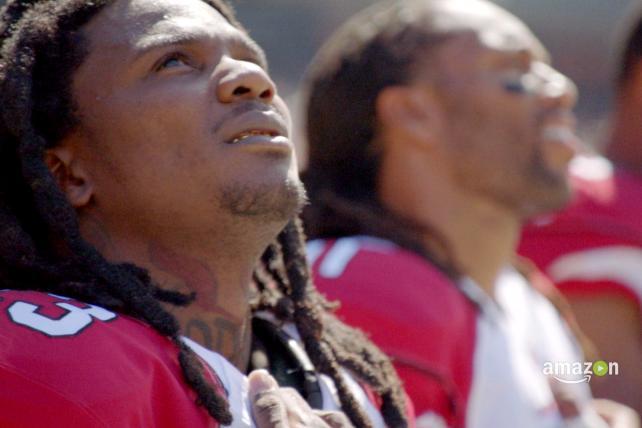 A trailer for Amazon's 'All or Nothing,' a documentary series promoted by NFL Films, now likely to get promotion during Amazon Prime's stream of 10 'Thursday Night Football' games.
Credit: Amazon

The NFL is huddling up with a new live-streaming partner in Amazon, which has agreed to fork over $50 million to simulcast the 10 fall "Thursday Night Football" games broadcast by CBS and NBC.

Per terms of its one-year deal, the online retailer-cum-programmer will offer the Thursday night NFL games at no additional charge to subscribers of its Amazon Prime service, which boasts a membership of some 65 million U.S. consumers. That's on an equal footing with the number of active stateside users of Twitter, which last fall became the NFL's inaugural full-season live-streaming partner.

Amazon, which beat out the likes of Facebook and Google's YouTube for the rights to carry the Thursday night games, will pay five times what Twitter invested a year ago for what is effectively the same package. Amazon will have the option to sell a smattering of ad inventory in each game, and it's expected that a portion of those available slots will be used to promote homegrown shows such as "Sneaky Pete," "Goliath" and "All or Nothing," a doc series produced by NFL Films.

Twitter said it struck over 40 live-stream deals last year and plans to continue bringing live content to its users. "In Q1 2017, we aired more than 800 hours of live stream content from over 400 events across sports, news, politics and entertainment," a spokesman said in a statement. "The NFL was a great partner to launch our strategy and we will continue to work with them to bring great content to our passionate sports fans."

While NFL insiders last season said they were pleased by the quality of the Twitter stream, the Amazon deal will provide the league with a chance to take a look under the hood at yet another digital-media company in advance of its next big TV rights auction. As no less a power player than CBS Corp. CEO Les Moonves noted during a recent tech and media conference, it's all but inevitable that the traditional TV partners will have to make room for one of the digital powerhouses when the NFL rights package expires in 2022.

For its part, Twitter managed to draw a fair amount of users without cannibalizing CBS and NBC's "Thursday Night Football" ratings. Twitter's live-streams notched a per-minute average of 274,400 viewers, which worked out to be just under 1.7% of the 15.9 million fans who watched the old-fashioned way.

The Twitter stream that put up the highest average-minute deliveries was the Sept. 22 simulcast of CBS's Texans-Patriots showdown. New England's 27-0 shutout of Texas averaged 327,000 viewers per minute, while the linear broadcast drew 17.5 million viewers.

Twitter was preceded by Yahoo, which in 2015 coughed up a princely $17 million to stream a decidedly low-impact Jags-Bills contest from London. The game, which kicked off on a Sunday October morning at 9:30 a.m. EST, drew an average audience of 1.64 million viewers here in the U.S.

If custom holds, the NFL likely will release its 2017 broadcast schedule during the third week in April.