The company’s streaming service will debut early next year, with an ad-supported layer following later in 2020 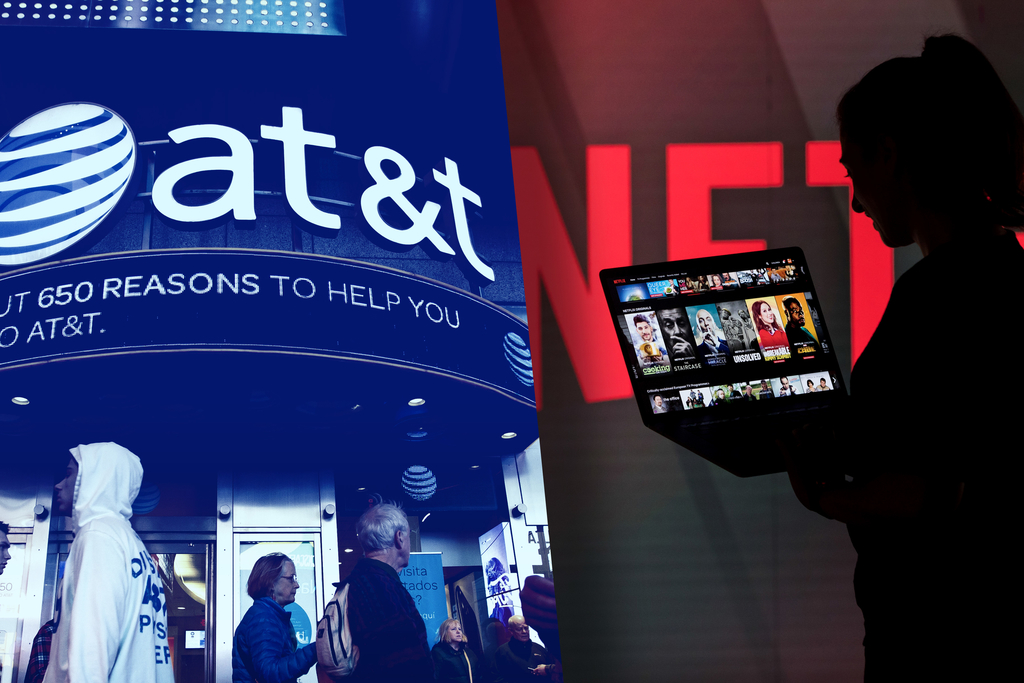 AT&T’s plan to take on Netflix is taking shape, and it starts with one word: more.

The service is the centerpiece of AT&T’s effort to exploit its $85 billion purchase of Time Warner. Stankey’s task is to unify what had been a fragmented media operation and gear up for competition with Netflix. Before AT&T took over, Time Warner ran three businesses—HBO, Turner Broadcasting and Warner Bros.—that seldom worked together. Combined, they already spend more on programming than any other company, he said.

“Nobody does as much,” Stankey said in an interview from the lot at Warner Bros., the studio that has produced “Looney Tunes,” “Friends” and all of the “Harry Potter” films.

Stankey wants to build an enterprise that can compete for ads with Google and with Netflix for subscribers. Documentaries and movies can lure customers to a service that brings together programming from across WarnerMedia, as the company is now called. AT&T’s streaming service will debut early next year, with an advertising-supported layer following later in 2020.

HBO will serve as the basis for the new streaming service. The premium cable network already has about 35 million U.S. subscribers who pay for high-end dramas and comedies like “Big Little Lies,” “Silicon Valley” and “Game of Thrones.” Some subscribe to HBO through pay-TV providers like Comcast and DirecTV, while others pay for it online.

Though Stankey has talked in the past about selling three different services, or tiers, his plan is to sell one primary service at one price. The initial version will cost about what HBO costs as a premium cable service—$15 a month—but no final decision has been made.

“It will be straightforward, compelling and simple to make one choice,” Stankey said.

Netflix, with programming outlays that amounted to about $12 billion last year, has set off an arms race in Hollywood. Competitors have had to increase their spending on movies and TV shows and are launching their own streaming services. The increased spending at HBO has led to concerns that AT&T will dilute the quality of the network’s programming.

That doesn’t worry Stankey, who has already replaced many of Time Warner’s existing managers. HBO executives will remain focused on making shows for wealthy, educated adults—as it has for decades. Bob Greenblatt, the man Stankey hired to oversee HBO, TBS, TNT and the streaming service, will figure out how to reach more people.

Two obvious ways are through kids’ programming and unscripted series. Neither are strong areas for HBO. To attract more people, Stankey said, the network will sprinkle in animation from Turner’s Cartoon Network, documentaries from CNN and more original series.

Spending more at Warner Bros. is also a necessity. For years, HBO licensed movies from Universal Pictures and 20th Century Fox. But those studios are expected to reserve their films for streaming services run by their own parent companies. AT&T will replace those movies with more output from Warner Bros.—largely less-expensive films in genres that can’t sustain a prolonged run in theaters.

Netflix counts documentaries and low-budget romantic comedies as some of its biggest hits, and Stankey said there’s no reason WarnerMedia can’t exploit those genres to add to its customer base. There are three other areas where the company sees an opportunity to expand its output—ones Stankey won’t identify—and he’ll need to license those from other companies at first.

“What we have that others don’t is a library,” Stankey said. “It’s so important for retaining customers.”