Back from the dead, the XFL enjoys a lively opening weekend | Ad Age
Skip to main content 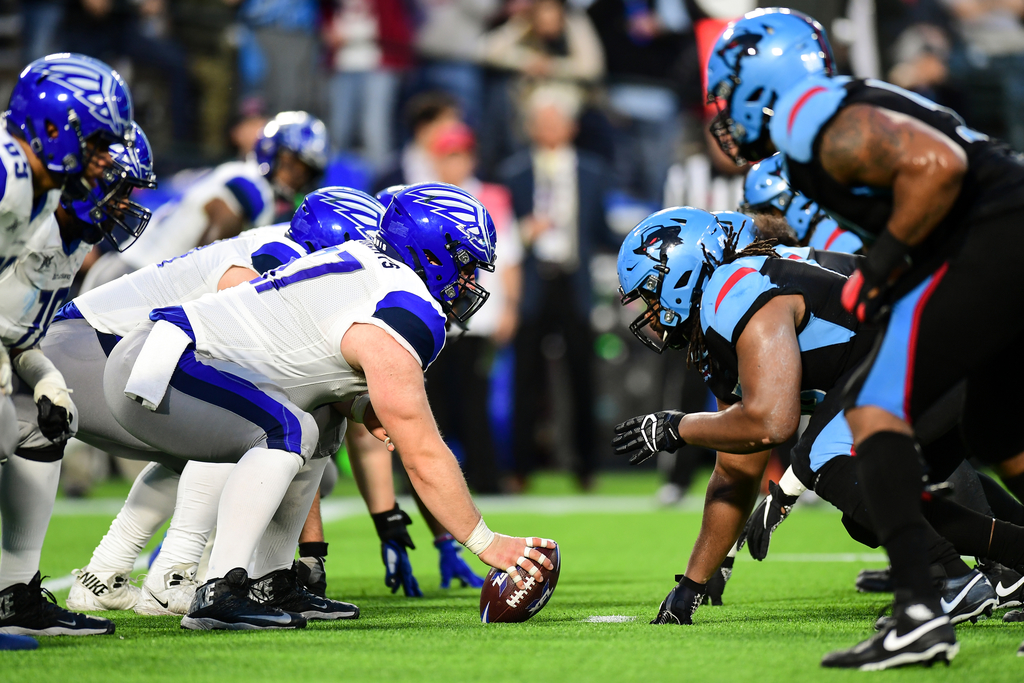 Two years after WWE capo Vince McMahon first announced his plans to reboot his doomed and oft-derided spring football league, the XFL roared back to life last weekend, out-drawing most of the major sporting events on the dial while besting the opening deliveries notched by the year-ago Alliance of American Football launch.

Football junkies who might otherwise have been forced to go cold turkey during last weekend’s glum post-Super Bowl interval helped beef up the XFL’s opening numbers, as the inaugural broadcast (Seattle vs. DC) averaged 3.3 million viewers and a 2.1 household rating Saturday afternoon on ABC. Those Nielsen stats gave the XFL a slight advantage over the now-defunct AAF, which bowed on Feb. 9, 2019 to 3.25 million viewers and a 1.9 rating.

The broadcast ratings are in line with the networks’ initial performance guarantees, which predictably are pegged to rather humble expectations. That said, the early numbers showed a lot of promise; not only did the XFL beat out ABC’s presentation of the Lakers-Warriors game on Saturday night (2.88 million/1.8 rating), but the new league also managed to out-deliver the latest installment of the Duke-North Carolina college hoops rivalry on ESPN (2.67 million/1.6).

The XFL’s sole cablecast of the weekend, a 15-9 skirmish between St. Louis and Dallas, averaged 2.5 million viewers and a 1.4 rating on ESPN, numbers which effectively blew the AAF’s non-broadcast deliveries out of the water. Per Nielsen, the first AAF telecast on NFL Network last year averaged 640,000 viewers and a 0.4 rating, while the following week’s presentation on the more widely-distributed TNT averaged 1 million viewers and a 0.6.

If the AAF is the default yardstick against which the XFL season is measured, McMahon’s startup enjoys two clear advantages from the jump. For one thing, the XFL will have a chance to engage with a far larger audience than the AAF, as 23 of the 40 regular-season games will air on old-school, high-reach broadcast TV. The remainder of the 2020 slate will be carried by ESPN and FS1, the two cable sports networks with the greatest number of subscribers.

Hashing out rights deals with this suite of marquee networks all but guarantees the XFL will serve up significantly more ad impressions than did the AAF. In the wake of its kickoff game on CBS, the AAF aired 14 of its subsequent 18 contests on NFL Network, which at the time reached a little north of 63 million homes, or just 53 percent of all TV households. By way of comparison, ESPN and FS1 are in approximately 84 million homes. (The remaining four AAF games were hosted by TNT.)

Rules of the game
Under the terms of the XFL’s deal with Fox and Disney, the participating broadcast and cable networks do not pay the league a rights fee. In exchange for all the free Saturday and Sunday sports programming, the networks foot the bill for the production of each broadcast, which cost on the order of $250,000 per game. If the league catches on, it’s not inconceivable that Fox/FS1/ABC/ESPN will manage to break even in the first year of the contract.

The AAF deal was a time buy, industry argot for the practice in which the content producer pays the network for the right to inhabit a number of agreed-upon time slots, in exchange for the oversight of the national commercial inventory. In a perfect world, the ad sales would defray the cost of the time buy, although in the case of the AAF, the spot load was too light (the league aired between 14 and 16 national ads per game) to make much of a dent in the network fee.

Intricacies of the rights deals aside, the factor that perhaps bets supports the notion that the XFL could prove to be a viable business is McMahon himself. Unlike the AAF, which practically ran out of money shortly after its opening kickoff, the XFL is funded by the wrestling impresario’s deep pockets. McMahon has pledged $500 million of his own hard-earned money to fund the venture, which should give the XFL sufficient time to grow its audience and thereby earn the wherewithal to begin collecting rights fees.

That said, for all of McMahon’s largesse—since announcing the reboot in January 2018, he’s been funding the league by selling off some $300 million in WWE shares—his wrestling enterprise is going through a bit of a rough patch. Since WWE co-presidents George Barrios and Michelle Wilson suddenly left the company last month, shares of the entertainment colossus have plummeted 32 percent.

McMahon over the last two years has reassured investors that the XFL functions as a wholly separate entity from the WWE, and he reiterated that point last week during his company’s fourth-quarter earnings call. “As I’ve said, we have like 400 employees [at the XFL],” McMahon said on Thursday. “It’s run by itself and there is no investment whatsoever by, you know, WWE.”

Business as usual?
According to iSpot.tv data, among the top XFL advertisers that bought time in the opening slate of games are Roman, the purveyor of erectile-dysfunction medication; insurance heavies Geico, Progressive and Liberty Mutual; fast-food outlets Wendy’s, Pizza Hut and Taco Bell and the telecom/wireless services Verizon and Boost Mobile.

While the spot loads were largely consistent with a typical NFL broadcast (the two Fox games featured between 70 and 75 units, while ABC and ESPN came in a little lighter), the composition of the XFL ad inventory was jarring in at least one respect. Across the four opening games, viewers were treated to just three in-game spots from an automotive brand, as Volkswagen aired two ads in Fox’s Saturday evening broadcast and another during the network’s game on Sunday afternoon.

Pricing for the three network broadcasts was estimated at around $70,000, a far cry from the $140,000 rate (about $200,000 in today’s dollars) that NBC charged for its primetime XFL opener back in 2001. Then again, that game scared up 14 million viewers and a 9.5 household rating. The good times didn’t last; after delivering that big opening number, the TV turnout for Week 2 of the inaugural XFL season dropped 52 percent to a 4.6.

Deliveries fell another 33 percent in Week 3, at which point NBC began missing its ratings guarantees. Over the course of that long-ago season, the XFL averaged a 2.9 rating, well short of the 4.5 NBC had pledged to deliver.

Sticker shock
Spot loads aside, one marquee brand has already hashed out a deal to promote its wares on an XFL franchise’s uniforms. Sharp-eyed viewers who watched the ESPN’s coverage of the St. Louis-Dallas game may have noticed that the home team was sporting a decal with the words “Bud Light Seltzer” on the backs of their helmets.

Bud Light Seltzer is an official sponsor of the XFL. In Dallas, the brand played a supporting role in visiting team’s postgame celebration, as Battlehawks quarterbacks Nick Fitzgerald and Taylor Heinicke took to the locker room to shotgun a couple cans of the fizzy brew.

Dallas is currently the only XFL team to introduce advertising to their game gear. Other brands that may be in the market for a uniform patch or helmet decal are Gatorade, Dick’s Sporting Goods and Progressive, all of which are official XFL backers.

Per terms of its XFL sponsorship deal, Progressive’s logo is emblazoned on the turf at each team’s home stadium, running from about the 30- to the 20-yard-line at both ends of the field.