One-Time Lad Mag FHM Is Back! But Only Online, and Aiming a Little Higher | Ad Age
Skip to main content

One-Time Lad Mag FHM Is Back! But Only Online, and Aiming a Little Higher 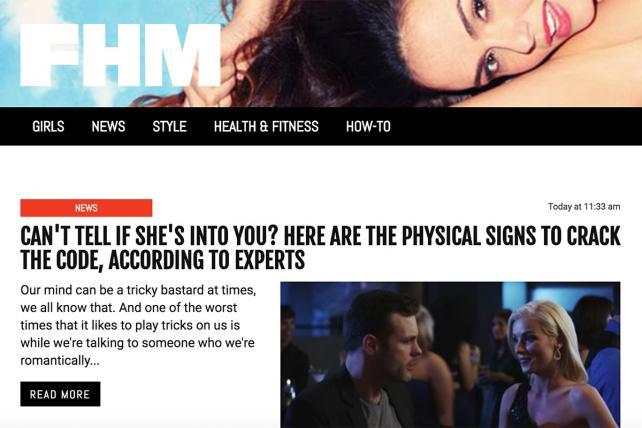 Media brands never really die, even when they stop publishing.

It's been about 10 years since FHM, a formerly high-flying "lad mag" originally known as For Him Magazine, stopped publishing a print edition in the U.S. But Bauer Xcel Media, which took over FHM's website when the U.K. edition of the magazine folded last year, recently reintroduced FHM as a digital-only destination in the U.S.

The magazine, which appealed to guys with its brash sensibility and near-nude models, had its heyday in the 1990s. So today's up-and-coming man, a consumer demographic coveted by publishers and advertisers, might not really be familiar with the brand. But Allison Mezzafonte, senior VP-operations for Bauer Xcel Media US, isn't counting on it in her plans.

"I don't think we can assume that there's any real legacy value with the brand name," she told Ad Age.

Bauer, in the U.S., has a very specific model: Keep head counts down, publish content that attracts a large audience, and then cash in on that big reach through programmatic ad sales. Life & Style magazine's website, for example, drives 8 to 10 million unique visitors a month with a staff of only 3 people, he said.

"For us, it's all about maximizing the audience so we can maximize the revenue," Mr. Baesler said.

In keeping with Bauer strategy, the staff of FHM 2.0 is currently one man: Nick Dimengo, senior editor at Bauer Xcel Media. There are plans to hire a second editor.

Mr. Dimengo is a former editor for the Woven Digital-published BroBible, though Ms. Mezzafonte said they're shooting for a gap between the most broadly accessible websites for guys and more higher brow publications such as GQ and Esquire. "It strikes in the middle," she said, expressing a desire to "take it up a notch from maybe the BroBibles of the world."

Comparing the new FHM.com to the "lad mag" of old, she said, "It's definitely a pivot from where FHM used to be." 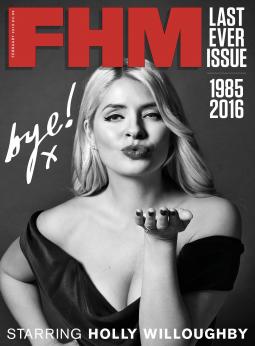 The February 2016 U.K. edition issue was FHM's last in print.

Bauer does not have a U.S. magazine brand for men, which executives said is one reason it became interested in bringing back FHM.

About 40% of the audience for FHM.com comes from the U.K., according to Bauer, because the magazine was more recently published there. Another 40% comes from the U.S. and the rest comes from around the world. Bauer declined to say how many unique visitors the site has gotten since it resumed active publishing.

In a world of ever-increasing competition, magazine media companies increasingly depend on the power and salience of their brands, which is why it makes sense for companies to squeeze some value out of them, rather than putting them to bed completely. For example, Meredith shuttered More magazine this spring, but then decided to bring it back recently as a digital destination for millennial women that could, it hopes, compete with sites such as Refinery29.