Book excerpt: 'What We Keep' explores our attachments to objects | Ad Age
Skip to main content
Sign In Register

Book excerpt: 'What We Keep' explores our attachments to objects 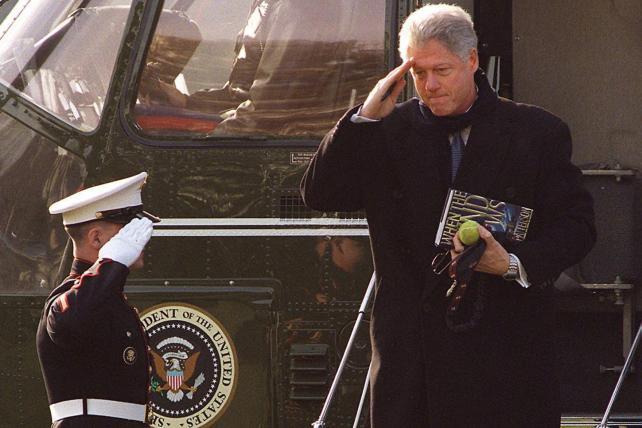 It all started at a yard sale. Bill Shapiro and Naomi Wax were poking around the potpourri of objects on offer in an upstate New York driveway when they came across a locket with an inscription, "My love forever." Ruminating about how such a passionate declaration ended in the rummage pile got them thinking about people's attachments to certain objects. That ultimately led to "What We Keep," a new book that tells the story of 150 people and "the one object that brings them joy, magic and meaning," according to the subtitle.

Among those they polled are best-selling thriller writer James Patterson, who was once a creative at J. Walter Thompson, and Janet Mock, writer and transgender rights activist. Here, in an excerpt from "What We Keep," Patterson and Mock tell the tales of objects people keep closest to their hearts.

One of the real treasured things I have up in my office is a photograph of President Clinton getting off a helicopter from Camp David with one of my books under his arm. The picture ran in thousands of papers all over the country. One of my friends actually saw it and sent it to me and then I kinda tracked it down.

That was the beginning of a relationship, long distance at first, but then President Clinton was down here in Florida and we spent a couple of hours together, just two humans shooting the breeze—with the Secret Service peeking in every 20 minutes or so. Now we're writing a novel together. [The book, "The President Is Missing," came out this summer.] Bill is a big mystery-suspense-thriller fan, and it's been the highlight of my writing career. I'm older than 40, and it's kinda cool to have highlights, you know, later in your career.

I grew up in a small town in upstate New York—Newburgh, New York—tough little town. My father grew up in the Newburgh poorhouse and his mother was a charwoman. He was bright—he wound up going to Hamilton, a good college—but he didn't have lots of confidence and he drove a bread truck for 11 years. It's a long way from that to writing a book with the president. It's wonderful. It's a little magical. It's a smile, that's what it is. I wouldn't have expected it. And that picture started it all. I'm staring at it, even as we talk.

This is my holy text. It's the same copy I read in 11th-grade English class. I was one of two black kids in my entire high school, and reading "Their Eyes Were Watching God" [by Zora Neale Hurston] was the first time I'd felt deeply seen. It's a book about a black woman's journey to self-revelation and love, and it made me think it was possible, in some world, some years down the road, that I would be able to write my own journey of self-discovery and love. 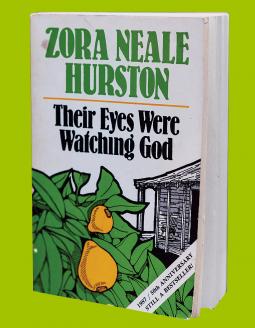 When I was 16-and-a-half, the text was all about the romance, you know, all about the love, but every time I returned to it, there were different layers. I realized later that there were feminist layers, racial layers, the way she's growing into becoming a writer, the way she invented her own language sometimes, writing the way her people spoke.

It's been with me on so many levels. As a trans woman, the disclosure piece, in telling your story to someone you care about, someone you hope to have a relationship with, is fraught with all kinds of anxiety and fear and potential loss. So when I wrote my first book, "Redefining Realness," I stole Hurston's structure, which opens up in present-day with a woman telling her story to someone she deeply cares about.

Reprinted with permission from "What We Keep," @2018 by Bill Shapiro and Naomi Wax, Running Press

Bill Shapiro and Naomi Wax
View all articles by this author