Boycott This: Why Tuning Out the Inauguration Is a Futile Gesture | Ad Age
Skip to main content
Sign In Register

Boycott This: Why Tuning Out the Inauguration Is a Futile Gesture 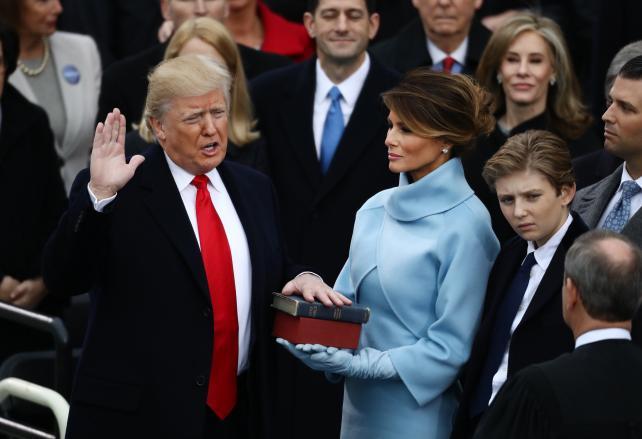 Donald J. Trump today placed his normally-proportioned left hand on the inaugural Bible and, in front of a crowd of citizens gathered on the National Mall and a TV audience in the tens of millions, the real estate developer and reality show star was sworn in as the 45th President of the United States. Whether or not you chose to tune in was immaterial.

In the days leading up to today's transfer of power, writers in outlets ranging from Time magazine to the New Republic called for a boycott of the swearing-in ceremony, arguing that a passive refusal to bear witness would perhaps be the most effective way to get under the skin of our new leader.

While President Trump certainly has a peculiar obsession with his Nielsen ratings -- just two weeks ago, he tossed a few jabs at his replacement on NBC's "The Celebrity Apprentice" for failing to live up to his own TV deliveries -- the tune-out theory doesn't hold much water.

Unless you're a member of one of the 40,000 households that make up the national Nielsen sample, your personal viewing habits don't really add up to a hill of beans. Just as parking yourself in front of the set every Monday night last season couldn't save "Castle" from getting cut by ABC, your high-minded refusal to bear witness to history won't put a dent in the inauguration ratings.

In a sense, Nielsen is the Electoral College, and your "vote" only counts if you live in one of the swing states. Don't like it? Move to Ohio … or hope that a Nielsen rep selects your family to participate in the sample.

However the events of this afternoon shake out, the ratings won't be anywhere near as massive as those churned up by the fall presidential debates or the Super Bowl, and they're unlikely to top last Sunday's Packers-Cowboys game. It's Friday afternoon, most of us are stuck in the office, and out-of-home deliveries have yet to be included in the Nielsen data stream.

When the final numbers for CNN, Fox News Channel and the broadcast nets are added up, the inauguration will likely top out at around 35 million viewers.

The high-water mark for a swearing-in ceremony was set in January 1981, when Ronald Reagan first took the oath of office in front of an audience of 41.8 million viewers. Barack Obama can lay claim to the second most-watched inauguration, as his 2009 ceremony drew 37.8 million viewers.