He once estimated he’d done about 50,000 interviews during more than a half century on radio and TV
READ THIS NEXT
Sean ‘Diddy’ Combs’ Revolt appoints leadership execs 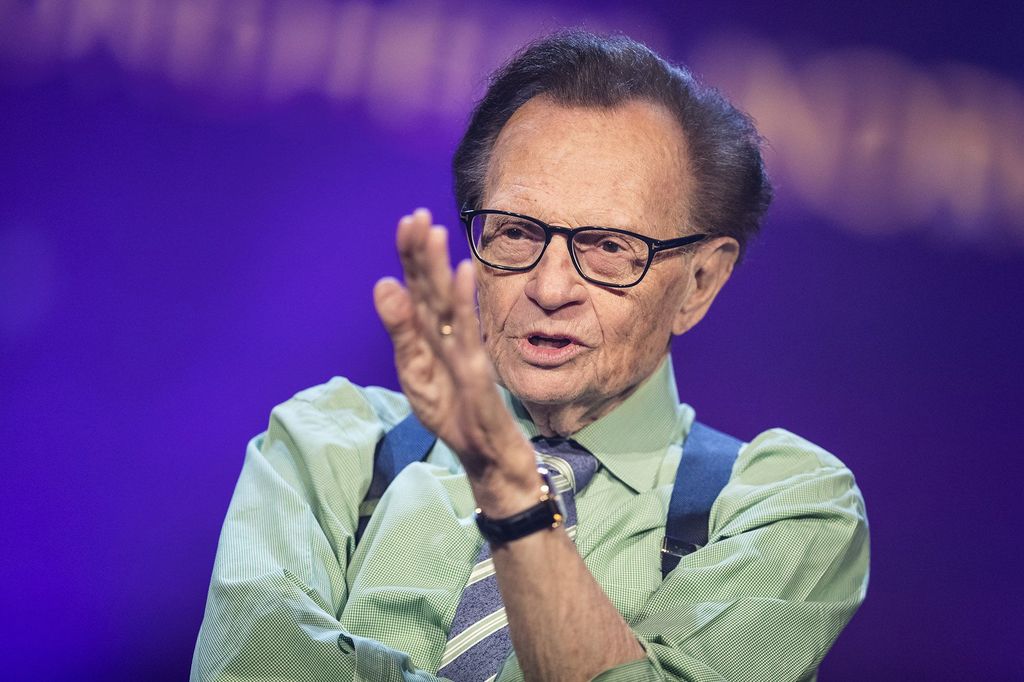 Larry King, the broadcast interviewer whose nonconfrontational style attracted celebrities and newsmakers as guests and made him the star of a top-rated U.S. cable talk show, has died. He was 87.

King died Saturday morning at Cedars-Sinai Medical Center in Los Angeles, according to a statement on his official Twitter account. The cause of death wasn’t provided but he had spent time recently undergoing treatment for COVID-19. He had bypass surgery following a heart attack in 1987 and later was treated twice for cancer.

After 25 years on cable, King announced in 2010 that he would retire, having slipped behind Sean Hannity at Fox News and Rachel Maddow at MSNBC in cable ratings. By the time he left, he estimated he’d done about 50,000 interviews during more than a half century on radio and television. He won an Emmy award for lifetime achievement in 2011.

“His brand of informality has become common in the age of podcasting,” Los Angeles Times TV critic Robert Lloyd said in 2018 after King’s new show, seen on Hulu, was nominated for two daytime Emmys. “No one has done this job better, or with more gusto.”

In his CNN program, King got a ratings spike from Ross Perot, who announced on air in 1992 that he would run for the president as an independent. In 1993, Vice President Al Gore and Perot debated the North American Free Trade Agreement (NAFTA) on King’s show, the highest-rated cable program for more than a decade.

King interviewed world leaders including Russian President Vladimir Putin, performers such as Lady Gaga, and an assortment of athletes, actors, national heroes and unknown individuals suddenly tossed into the limelight. Marlon Brando famously kissed King on the lips on air—as did his onetime girlfriend Angie Dickinson, the TV actress.

King said he left it to this producers to pick his guests and did not prepare much, preferring to ask simple questions and listen carefully to the answers.

King, who pitched a variety of products on radio and TV, used his show to raise funds for disaster relief after natural disasters hit New Orleans and Haiti.

His rise to prominence involved an epic comeback after he was charged in 1971 with grand larceny for taking $5,000 from financier Louis Wolfson and using it to pay back taxes rather than giving it to the intended recipient.

Though never prosecuted, he was fired from his various broadcast and newspaper-column jobs in Florida. By the late 1970s, the incident had blown over, and he was able to return to Miami broadcasting.

In 1978, he started a nightly coast-to-coast radio talk show on the Mutual Radio Network called “The Larry King Show.” It featured guest interviews and call-ins from an audience listening to more than 500 affiliate stations.

After joining CNN, King published several best-selling books, including his autobiography, “My Remarkable Journey,” in 2009. He also wrote a book on heart disease after suffering a heart attack.

He was inducted into the radio, cable and broadcasting halls of fame and won 10 Cable ACE awards.

King and Mexican billionaire Carlos Slim started Ora.TV, a digital entertainment network and production company, in 2012. Its programs include “Larry King Now,” “Off the Grid With Jesse Ventura” and “Brown Bag Wine Tasting With William Shatner.”

Larry King was born Lawrence Zeiger on Nov. 19, 1933, in Brooklyn, New York, to immigrant Jewish parents. He got his start in broadcasting in the Florida market, where a friend had told him there was a shortage of on-air talent. He started at WAHR (now WMBM) in Miami Beach, initially as a cleaner. When an announcer suddenly quit, King was put on air.

He was married eight times—including twice to the same woman—and had five children, two of whom died in 2020.

King won a Peabody award for live election coverage in 1992 “for providing a unique insight into democracy for viewers everywhere CNN can be seen.” The judges said that “while at one extreme the campaign was analyzed ad infinitum by political pundits, and at the other trivialized by a seemingly endless array of national and local talk-show hosts, ‘Larry King Live’ took an important middle ground. As an interviewer, Mr. King let the candidates speak for themselves and let his national and international viewers ask the questions that reveal the character of the people who would lead our nation.”