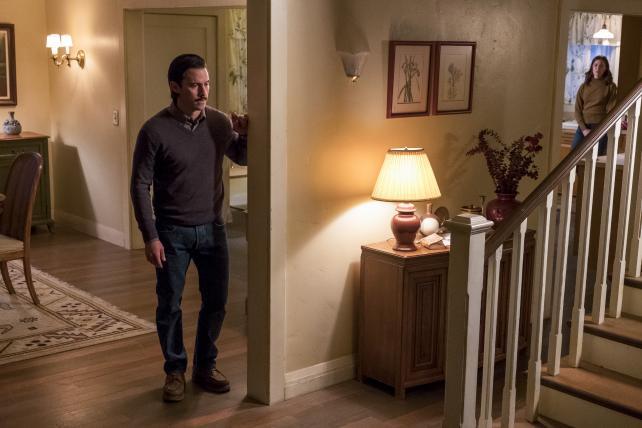 NBC's 'This Is Us'
Credit: Ron Batzdorff/NBC

As younger viewers continue to abandon ad-supported television for the profligate delights of streaming, their older counterparts have shown themselves to be more averse to ad breaks than ever before. Predictably, both trends have been doing a number on the networks' stock of commercial ratings points.

According to Nielsen, broadcast C3 ratings in the fourth quarter dropped 11 percent versus the year-ago period, as ABC, CBS, NBC and Fox combined for an average primetime draw of just 7.02 million adults age 18-49, down from the 7.86 million members of the demo who watched the ads during the three terminal months of 2017. Comparisons to the fourth quarter of 2016 are even more off-putting, as the Big Four nets over the last two years have seen more than one-quarter (27 percent) of their demographically desirable viewers vanish into thin air.

When expressed as a decimal rating, the combined demo delivery at the four networks works out to a 5.4, which translates to a year-over-year loss of around 845,000 18-49-year-olds per night versus the earlier 6.1 rating. Over a two-year span, some 2.6 million members of the demo have dematerialized, a number which reflects the loss of more than two whole ratings points (2.1).

For the uninitiated, the C3 currency blends a very rough estimate of average commercial ratings with three days of time-shifted viewing; as such, it offers networks, buyers and advertisers the best approximation of actual ad deliveries. Along with its more recently adopted counterpart, the extended-dance-remix that is C7, C3 is the standard against which nearly all TV ad deals are priced and guaranteed. That the additional three-to-seven days of playback data don't materially help the networks claw back a whole lot of lost ratings points—the average gain from the vanilla live-same-day data to C3 is still just two-tenths of a ratings point, for a net add of just 258,000 demographically apposite viewers per show—has everything to do with the fact that people rarely watch commercials when they have the means with which to do away with them.

On a network by network basis, the fall season was a bloodbath, although Fox at least had the luxury of splashing around with a rubber duckie. For the first time since the C3 currency was minted in 2007, not a single network managed to claw out so much as a 2.0 rating in the dollar demo. NBC, which came closest with a 1.8 rating among adults 18-49, saw its deliveries drop 30 percent compared to the fourth quarter of 2016, while CBS was down 34 percent to a 1.0 and ABC fell 30 percent to a 0.9.

(Worth noting: CBS, which transacts against the adults 25-54 demo, experienced proportional declines in its deliveries of viewers in its target audience.)

Thanks to the addition of "Thursday Night Football" to its primetime roster, Fox didn't drop nearly as much as its broadcast rivals, slipping 16 percent since the fourth quarter of 2016 to a 1.7 C3 rating. But take sports out of the mix and the Big Four are all in the same sinking vessel; season-to-date, the average C3 delivery for the 68 scripted broadcast series is a woeful 1.2, which boils down to just 1.55 million viewers who are still watching the commercials in real time or during the three-day playback window. Little wonder that the new-look Fox is going all-in on sports and live events.

The tumult is glaringly evident when you look at the individual program ratings. Season-to-date, only two episodes of scripted TV have averaged a 3.0 rating or better in their regular time slots; these include the Sept. 25 premiere of NBC's "This Is Us," and the NFL playoffs-boosted Jan. 13 installment of "The Simpsons." Two years ago at this time, 29 scripted broadcasts that did a 3.0 or better had already aired; go back to the same period during the 2014-15 season and 54 scripted episodes had cracked the 3.0 barrier.

Lower the bar and the numbers are of little consolation. At present, only two scripted broadcast series ("The Big Bang Theory," "This Is Us") are averaging north of a 2.0 rating in C3, although there are three in all if you include Fox's new competition series, "The Masked Singer." Two years ago at this juncture, 11 general-entertainment shows were averaging at least a 2.0 in the currency; go back four years and 32 series were making the grade. Bonus fun: One of these 32 programs was hosted by the person who is now the President of the United States.

If all of this ratings dissolution seems bleak and foreboding (and, well, it is), the principles of supply-and-demand economics maintain that the combination of shrinking GRPs and a steady appetite for national commercial inventory adds up to higher unit costs. According to MoffettNathanson estimates, while the demos sank 11 percent in the fourth quarter, ad sales revenues at the big Four nets grew 3.2 percent to $5.21 billion. Nice work if you can get it.