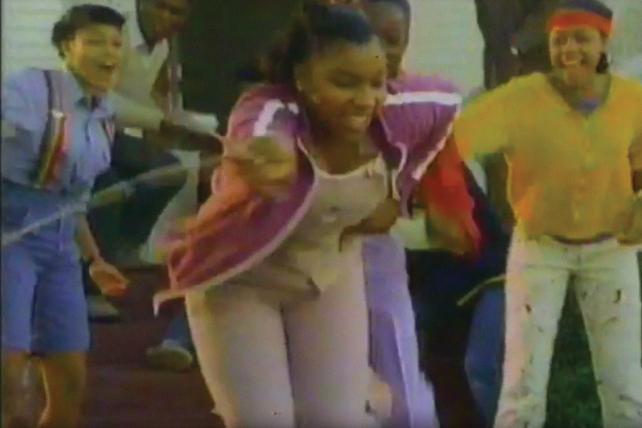 It's 2019, and blackface is big news. Again. While people weren't exactly shocked that now-lawmakers from Virginia were racist in the 1980s, present-day marketers seem to be trying to outdo one another. Blatantly offensive caricatures are popping up nearly every day: Prada recently pulled golliwog-looking charms from the shelves, and Gucci and Katy Perry have apologized for clothing and shoe designs that seem like they were inspired by minstrel shows (see Brand Playbook, p. 20).

But questions about what exactly constitutes blackface and how much intention matters miss the point: Kendall Jenner didn't put shoe polish on her face in that disastrous 2017 Pepsi ad, but cultural appropriation is and has always been a mainstay of a society (and an industry) awash in structural racism. Maybe we shouldn't be surprised this is happening now. Happy Black History Month.

It doesn't have to be like this. Yes, Aunt Jemima is a part of advertising's heritage, but so is Kodak's wonderful black Santa Claus. Ads can spread racial stereotypes, but they can also help to change them. Here are five campaigns, going back four decades, that serve as a reminder of some of the work that has been groundbreaking in its representation, crossover appeal and continued impact.

In 1972, McDonald's hired Burrell McCain (now Burrell Communications Group) to help the fast-food chain do a better job of connecting with African-American diners.

The agency had been founded in 1971 with a mission to convince marketers that there were differences between African-American and white consumers, and that their advertising should reflect this. "The general belief before we came on the scene was that television reached everybody," agency co-founder Tom Burrell said in an interview on Chicago public television's "Chicago Tonight" in 2005. And, as he would go on to say in countless interviews, "Black people are not dark-skinned white people."

By the late 1970s, Burrell's work depicting black culture was resonating far beyond its initial target and enjoying wide crossover appeal. Case in point: McDonald's ads such as "Double Dutch" from 1981.

"Starting with African-Americans back in the seventies ... Burrell has always believed in the strength of targeting," Fay Ferguson, co-CEO of Burrell Communications Group, said in an email. She noted that their work today "impacts audiences across the board—whether it's for millennials, moms, LGBTQ, or males. ... Today, there's an even greater need for it." —Jessica Wohl

In the early 1980s, Coke was winning the cola wars. Pepsi, hoping to appeal to young soda drinkers, signed an endorsement deal with 25-year-old Michael Jackson, whose album "Thriller" became the world's top-selling record within a year after its release.

"He had crossover appeal between black and white audiences in the Gen X age group," says Paul Greco, executive director of music and audio at Wunderman Thompson New York, who did not work on the spots. "He was the first black artist to appear on MTV and was also loved by male and female audiences."

Jackson and his brothers received a reported $5 million in the deal brokered by Jay Coleman of Entertainment Marketing & Communications International, "an unheard-of amount of money for a brand endorsement at that time," says Larry S. Miller, director of the music business program at NYU Steinhardt. Jackson also insisted on more creative control than was usually afforded a brand representative.

"Pepsi used this sponsorship to effectively change the game and become relevant and even dominant in youth demographics," Miller says.

"Street" made its debut on MTV itself, which had been originally conceived as a rock music channel and had initially balked at running songs from popular African-American artists such as Tina Turner and Rick James. The runaway success of the "Thriller" music video put any lingering reservations to rest. At the same time, the endorsement deal increased Pepsi's market share and proved that African-American pop stars, could be lucrative for brands.

"Both Pepsi and Jackson benefited far beyond the campaigns," Miller says. "Over 35 years of music sponsorships, it's hard to think of one that made a bigger impact on the culture and the brand [than] that deal did. It's exciting today that that deal is still referenced as a benchmark."

The successful partnership lasted for two decades, despite a tragic start: During filming of the "Concert" spot, Jackson's hair caught on fire, causing second- and third-degree burns to his scalp, for which Jackson was prescribed painkillers. —I-Hsien Sherwood

Long before Colin Kaepernick came along, Nike was creating pivotal work important to the black community. In the late '80s, the brand's "Spike and Mike" campaign, in which Michael Jordan starred with Spike Lee's "She's Gotta Have It" character Mars Blackmon (played by Lee), resonated with consumers from all cultures.

"It had mainstream appeal, but it was also unapologetically black," says Ahmad Islam, CEO and managing partner of Ten35, an agency that specializes in reaching multicultural, millennial and Gen Z consumers. He notes that the ethnicity of both Jordan and Lee, who directed the spots, gave the series prominence with African-Americans even while the campaign had broad resonance.

The work was the brainchild of Wieden & Kennedy copywriter Jim Riswold and partner Bill Davenport, who saw "She's Gotta Have It" in 1987 and recognized the potential of using Blackmon, who wears Air Jordans and worships the athlete. They quickly conceived the idea of pairing Jordan with his biggest fan in a spot that humanized Jordan with its humor. The campaign, known for the tagline "It's gotta be the shoes," also helped popularize sneaker fashion.

"It was different and it was charming," says Riswold, who now works as an artist in Portland, Maine. "It put the fan into the equation rather than just seeing an athlete's sweat. We're all closer to Mars Blackmon than we are to Michael Jordan."

The ads have withstood the ensuing decades and are perhaps even more remarkable now for the perfection of the celebrity and brand pairing, experts say. "We live in a world where the spots that fit that mold are still few and far between," says Islam. —Adrianne Pasquarelli

When Procter & Gamble began developing "My Black Is Beautiful" in 2006, exactly what the campaign would do wasn't fully thought out, but the problem it sought to address became clear. Polling P&G conducted with Essence found 71 percent of black women felt they were portrayed worse than other racial groups in media. And research showed that black women were spending three times as much as other women on beauty products, but had a relatively low profile in industry marketing.

Over the next couple of years, "My Black Is Beautiful" launched its first initiatives. It focused on event marketing and social media, including a #hairtruth campaign to support black women with natural hairstyles, accumulating 2.5 million Facebook followers during its first decade.

The program was catapulted to new prominence in 2017 with the video "The Talk" from BBDO and Egami, an independent black-women owned multicultural agency, in which mothers tried to prepare children for—and inoculate them against—backhanded compliments, racial slurs and bad police behavior.

The spot became a lightning rod for right-wing critics. But "The Talk" got a far better reception from award shows, including a Film Grand Prix at Cannes, a Prime Time Commercial Emmy and a Gold Sabre Award for Best Multicultural Marketing campaign.

A different current of controversy came from black directors and others who questioned why black men were largely invisible in the video. "My Black Is Beautiful" countered last year with a lesser-noticed "Dear Black Man" video on the role of men in black families.

"Sentiment has been overwhelmingly positive, but some reactions were negative, angrily questioning why companies are involving themselves in social and political issues," Lela Coffey, brand director for multicultural marketing for P&G Beauty, says of "The Talk." P&G stuck with the effort to drive conversation, change attitudes and ultimately change behavior, she says.

Work continues on other fronts. The platform last year championed Faith Fennidy, the Louisiana middle-school student sent home for wearing hair extensions, by flying her and her family to New York for VIP treatment at a #BlackGirlsRock award show taping. Coming later this year, Coffey says, is a broader platform relaunch. —Jack Neff

Marvel's "Black Panther" movie will long be remembered as a groundbreaking cultural force that received widespread praise from critics and new fans from the black community and beyond, and scored an Oscar nomination for best picture. And Lexus proved that a movie with black stars was a choice opportunity for luxury brands.

For Lexus, the goal was to use the movie tie-in to improve its image with trendsetting buyers, including African-Americans. With help from its multicultural agency Walton Isaacson, the luxury auto brand got a prime product placement slot in the film, including a chase scene involving a Lexus LC Coupe. Meanwhile, Walton Isaacson negotiated rights for advance screenings in more than 20 markets for Lexus dealers, many of whom extended invites to people from underserved communities. At the film premiere in Hollywood, Chadwick Boseman, who played the Black Panther, arrived in a Lexus.

(Before the film even came out, a Marvel graphic novel called "Soul of the Machine," released at Comic-Con the summer before, included a Lexus in the storyline.)

And there was lots more. A Lexus vehicle was featured at a New York Fashion Week event called "Welcome to Wakanda," which celebrated African-inspired fashion tied to the film. And scenes from the film were woven into a Lexus Super Bowl ad that auto industry shopping site Edmunds ranked as the best auto ad of the game when judged by buyer interest.

The brand met its goal: Sales of the Lexus LS jumped 86 percent to 548 vehicles in February 2018 alone, the month the Super Bowl ad ran, according to Automotive News.

Ayiko Broyard, executive VP and group account director for Walton Isaacson, says the film collaboration worked because Lexus had preexisting ties with black consumers. "It wasn't like they dropped in just because they knew this film was going to hit it culturally and then dropped out," she says. "We had a right to be there."

Just like the film, the marketing campaign was led by a diverse team. More than half of Walton Isaacson's "Black Panther" team comprised women of color, including Broyard, Chief Strategy and Brand Officer Christine Villanueva and Shauna Williams, executive producer of the Super Bowl ad. —E.J. Schultz