CBS research guru David Poltrack will step down in 2019 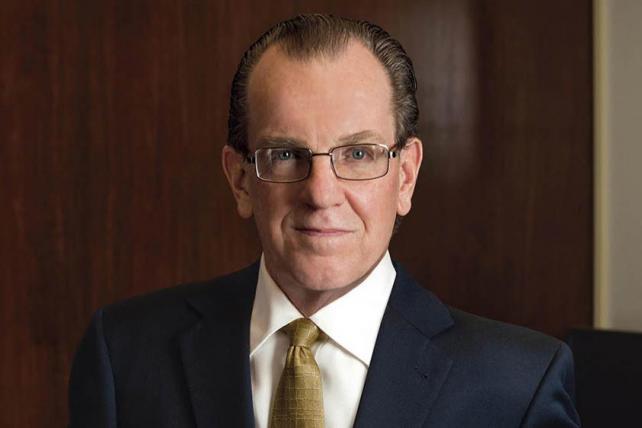 After a career spanning 50 years at CBS, David Poltrack, the dean of broadcast research mavens, is stepping down from his post.

Poltrack will retire from the network on June 30, 2019. During the remaining eight months of his tenure, the chief research officer and president of CBS Vision will focus on research initiatives having to do with video consumption in the here and now while developing a long-term outlook for the media business as a whole. He reports to CBS Corp. president and acting CEO Joe Ianniello.

CBS said Poltrack's decision to retire after putting in a half-century at the company has been in the works for some time.

"Back in 2014, Dave came forward and said he wanted to step aside in his 50th year at CBS," Ianniello says. "I am pleased to say he has reached this remarkable milestone … and what an extraordinary 50 years it's been."

In what was to be the culmination of a career track that saw him elevated from the ranks of the marketing services group into the upper echelons of CBS's research unit, Poltrack earned his current title in 2005. Over the years, he has served as the analytical voice of reason for a broadcast industry that has been beset by the incursions of cable TV, digital streaming services and a behavioral swing that has made linear television something of an anachronism for viewers who were born into an everything-on-demand universe.

In his many appearances at industry confabs and research symposia, Poltrack approached the task of contextualizing media usage trends with a professorial air—a natural means of self-presentation, given the amount of time he has put in as an instructor at New York University and Columbia University. An adjunct professor at NYU, Poltrack joined the university's Stern School of Business in 1975.

Among the issues has Poltrack tackled in recent years include the industry's myopic devotion to age- and gender-defined demographics and the importance of establishing a commercial-ratings currency.

Poltrack over the last two decades has served as an advocate for hundreds of shows that might otherwise not have been given an opportunity to flourish at CBS. In 1996, when NBC punted on its freshman military drama "JAG," Poltrack's proprietary research was all that was needed to convince network chief Les Moonves to pick up the show on waivers. "JAG" was such a success that it ran for nine years on CBS, peaking as TV's No. 15 most-watched series in 2001-02.

Perhaps more importantly, "JAG" gave rise to the juggernaut that is "NCIS." Now in its 16th season, the naval procedural is not only TV's most-watched drama with an average draw of 12 million viewers per episode, but it has over its lifespan generated hundreds of millions of dollars in ad sales and the lucrative spinoffs "NCIS: Los Angeles" and "NCIS: New Orleans." All that from a tip derived from Poltrack's research. You can see why CBS has been happy to keep him around all this time.

Poltrack also worked closely with CBS's ad sales team, and his relationship with sales boss Jo Ann Ross is a testament to the value brought to bear by his research analysis.

"I am grateful to Dave for his invaluable contributions to our sales efforts, as well as his undying passion for the media business and his commitment to innovation, and for always striving to get it right with the utmost integrity," says Ross, president and chief advertising revenue officer, CBS Corp. "Dave is a dear friend and confidant and the definition of a true gentleman and a scholar. His many years of loyalty, leadership and dedication are second to none, and his impact on CBS—and the industry as a whole—has been immeasurable. I look forward to working with him a bit longer before he retires in June."

Succeeding Poltrack is Radha Subramanyam, who in 2017 was named executive VP, chief research and analytics officer, CBS Television Network. In her new role, Subramanyam will be responsible for overseeing all research operations, including audience measurement, analytics, market research, program testing and advertising research.

"As we look to the future, we are very fortunate to have Radha, one of our industry's brightest minds in research and data analytics, help lead us towards accurate measurement of our entire audience across every platform—a business imperative," Ianniello says.

Poltrack's imminent departure (he'll be 74 years old on his last day at CBS) comes on the heels of NBCUniversal research guru Alan Wurtzel's semi-retirement in 2017. A 40-plus-year TV research veteran, Wurtzel has transitioned to a senior advisory role at NBC. Other research veterans who have recently left their posts include ESPN's Artie Bulgrin and Turner's Jack Wakshlag.

Wakshlag was an associate professor at Indiana University when Poltrack brought him on at CBS back in 1985.

For all the changing of the guard, at least one TV research executive who Poltrack has helped cultivate remains very much at the top of her game. Colleen Fahey Rush, chief research officer at Viacom Media Networks, was a student of Poltrack's while working toward her MBA at NYU.