CBS has sold 90 percent of its Super Bowl inventory

In-game units are fetching as much as $5.3 million a pop
READ THIS NEXT
Rethinking TV attribution: The full-funnel approach 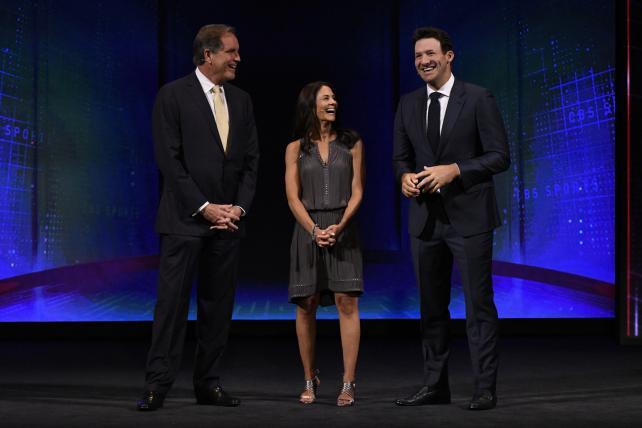 With three weeks and change on the clock until Super Bowl LIII kicks off in Atlanta, CBS says it has sold off around 90 percent of the in-game inventory, thanks to a surge of business from the usual suspects and a number of first-time advertisers.

Speaking after the network's Super Bowl press scrum at the CBS Broadcast Center, President and Chief Advertising Revenue Officer Jo Ann Ross said the third quarter was sold out and that the majority of the available spots were fourth-quarter opportunities.

Ross reiterated a familiar talking point, noting that while CBS's in-game avails are selling like the proverbial flapjacks, her team "never says the game is sold out." Ross' careful characterization of the status of CBS's ad sales efforts isn't necessarily evasive; as anyone who pushes units in the Big Game will tell you, it's only safe to declare the broadcast out-of-sale after the opening kickoff.

Much of that semantic wiggliness has to do with the time-honored practice of holding back one or two final units in order to accommodate a last-minute buy. Movie studios have a tendency to bluster into the Super Bowl at the zero hour; naturally, those sort of late transactions come at a premium.

Ad sales bosses also like to reserve a few spots for clients who may be late in making a call on their final creative choices. Ross notes that it's not at all unusual for a marketer to be so enamored with the 60-second version of their Super Bowl ad that it will double down on the 30-second unit for which it had initially bartered. And naturally the network will want to have the option to carve out a new unit should a high-volume client decide to toss an extra message into the media mix.

Keeping the door open on a game-day sale is particularly profitable when a studio is making the investment. Moviemakers are notorious spendthrifts, an inevitable byproduct of a business in which more money is invested in promotional activity than in the actual production. Studio marketing execs also tend to make late buys by virtue of necessity; in many cases, the final creative is only made available to the host network as the stadium is filling up with fans.

If there's a certain ambiguity that informs the Super Bowl market, the pricing is a little more uniform. But for big-spending, category-exclusive clients such as Anheuser-Busch, which buys time at a discount, there's not a great deal of give in the rate card. According to buyers with skin in the game, CBS is taking in between $5.1 million and $5.3 million per 30 seconds of commercial time in Super Bowl LIII.

In keeping with CBS's longstanding policy of playing things pretty close to the vest, today's 90-minute presentation was an exercise in euphemism and understatement. Rather than pin a figure to how much revenue the network is likely to rake in on Feb. 3, CBS Corp. President and Acting CEO Joe Ianniello said the Super Bowl would "generate hundreds and hundreds and hundreds of millions of dollars."

And while a stack of NDAs prevented Ross from spilling the legumes on exactly which brands would be shilling their wears on Super Sunday, she allowed that A-B, PepsiCo, Avocados From Mexico and WeatherTech would be returning to the NFL title tilt. But you knew that already.

Other topics that weren't comprehensively addressed included the lineup for the halftime show—while Maroon 5 is a lock, the league has been slow to round out the evening's entertainment roster; when asked for a status update Ianniello deferred to the equally reticent NFL, which produces the show. As for the prospect of a pre-game interview with President Donald Trump, CBS Sports Chairman Sean McManus would only say that the network's news unit is still in discussions with the White House on that score.

"There will be no announcement on that right now," McManus said.

A vocal critic of the NFL, Trump sat down with Fox News Channel's Bill O'Reilly for an interview that aired during Fox's pregame coverage of Super Bowl LI, but chose not to extend the same courtesy to NBC in 2018.

Speaking of the news division, Thursday's press event also served as a sort of coming-out party for newly-minted CBS News President Susan Zirinsky. After exhorting the press to start streaming the CBSN service ("Get your goddamn ear buds and get with it!"), Zirinsky shared the news division's plans for the week leading up to the game. "CBS News will be sharing stories around the Super Bowl, from Atlanta's rolling out the red carpet and [how it's preparing] for the event, to the economic impact, to some of the human stories behind the athletes," Zirinsky said.

Also taking a turn at the dais were CBS Sports' Jim Nantz, Tony Romo and Tracy Wolfson, as well as "The NFL Today" studio analysts James Brown and Bill Cowher. And after lamenting the absence of his beloved Packers from the playoff picture, CBS Entertainment President Kelly Kahl talked up Super Bowl LIII lead-out "The World's Best."

The famously affable Nantz threw out a hypothetical to his broadcast partner, asking Romo if he'd ever consider returning to the NFL. "What do you feel like now, two years into it? How much fun are you having? Is this everything you thought it would be?" Nantz wondered. The 38-year-old former Cowboys quarterback retired in 2017 and signed on with CBS as its lead football color analyst shortly thereafter.

"When you say that, I feel like I should go back and play now," Romo cracked, before insisting that he's happier than he's ever been in his new role in the booth. "I honestly think I'm more fulfilled than ever," Romo said. "I'm really enjoying where I'm at. I feel very fortunate, let's say that, where I am in life. I don't really look back. I feel this is exactly where I should be."

Before heading back over to Black Rock, Ross confirmed that the usual suspects (beer, soda, auto, movie and tech) were all well-represented on this year's in-game ad roster. She begged off making any predictions on how many viewers would tune in for CBS's 20th Super Bowl broadcast, allowing that the network's current impasse with Nielsen made ratings a bit of a no-fly zone.

As with Tony Romo, Ross said she couldn't be more pleased with how Super Bowl LIII is shaping up. "Each Super Bowl takes on its own cadence," she said. "We are very happy with where we are now."