In New Era of TV Ad Deals, Agencies Are No Longer Gatekeepers 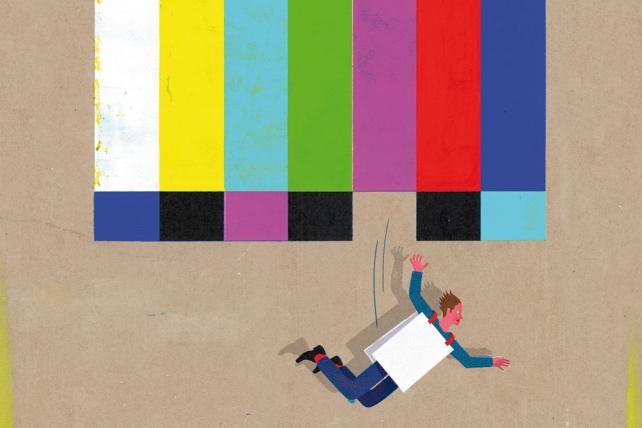 Pepsi's three-episode story arc in this season of Fox's "Empire" has been lauded for elevating traditional product placement beyond quick on-screen glimpses or strained dialogue. But the "meta" integration, which culminated with a real commercial starring fictional character Jamal Lyon and directed by series co-creator Lee Daniels, also represents a new reality in how ad deals are being fashioned between media sellers and marketers.

The Pepsi storyline was born out of direct conversations between executives at the beverage giant; Casey Wasserman of Wasserman Media Group, who consults with Pepsi on entertainment innovation; "Empire" producer Brian Grazer; and Fox Networks Group Chairman and CEO Peter Rice.

Missing from these initial conversations was Pepsi's media agency.

"We went straight to the senior guys to make things happen," said Simon Lowden, president of global snacks group and global insights at PepsiCo. "From the outset, it was a creative partnership versus a media deal."

It's a meaningful shift for an industry where agencies have long been the gatekeepers between marketers and TV.

While Pepsi agencies BBDO and OMD's Content Collective were brought in soon after an opportunity was identified, and they were intimately involved in the execution, Mr. Lowden said the way it all came together was certainly different than it would have been even five years ago.

"This isn't about not working with the agency, it is about working with them differently," Mr. Lowden said. "Five years ago, we would have expected the agency to do everything, soup to nuts—figure out strategic partnerships, social strategies and digital initiatives—but now we go to other partners. In the past, we would have maybe worked with one or two agencies; now there are four or five creative partners and our own content studios."

As it becomes increasingly difficult to reach and engage consumers, marketers are asking for more from their media partners, including direct access to their creative and sales teams. In turn, network groups are repositioning themselves as a resource for media and creative solutions.

"I very much see that there has been an increasing trend of [media] suppliers offering [analytics] capabilities and coming to us as advertisers with them," said Lauren Hoenig, associate brand director-North American media for Procter & Gamble Co. "And I welcome that, especially in cases where we can have influence over how they're developed, so we can really leverage them on our business."

It would be one thing if TV was still just about buying 30 seconds of airtime over and over again. While networks have always had direct relationships with clients, the boom in data products and branded content partnerships has made it essential for marketers to have greater involvement earlier on in deal-making.

At the same time, the agency model is in flux. There's a growing level of distrust among agency clients and a desire for more transparency. Demands for greater cost savings have put a squeeze on agencies, and the approximately $28 billion that was up for review in 2015 left many agencies looking a little vulnerable.

That's created a window, even an imperative, for media sellers to snuggle up closer to advertisers.

"Agencies of record used to be the gatekeepers to TV inventory," said David Morgan, CEO of Simulmedia, a TV ad-tech firm. "Accounts in review call into question networks' reliance on media agencies as their exclusive sales channel. Media agencies as the exclusive buying agent is going to change."

As marketers are "making more of the calls themselves," one TV executive said their team took more trips to visit clients this year than they ever have in the past.

"For the most part, lots of agencies are doing the best job they can with margins being cut," the executive added. "Clients don't trust agencies. They aren't allowing the agencies to do their jobs any more. They want them to do it cheaper, cheaper, cheaper. It's a concern, to a point where if agencies don't have relationships with these clients, we have to."

Mr. Morgan said that even two years ago, if an agency didn't surface Simulmedia to a client, they didn't buy it, with just 10% of the company's business at the time done directly with marketers. That has increased to 50%, he said.

"We go directly to clients in 90% of our business," a second TV executive said. "The agency side was getting less and less experience, thinner in ranks and couldn't keep up. In some instances, we have to keep the agency informed. … There are times an agency comes to our group and asks about a client because we have more chances and opportunities to visit with the client."

Media buyers acknowledge the need for their clients to have a bigger seat at the table, especially when deals involve sharing data.

"The partnerships are not just about the trading and execution of GRPs in an ad buy," said Mike Law, senior VP-video activation at Amplifi, the media investment arm of Dentsu Aegis. "The fragmentation of media, the declining linear TV ratings, the growth of mobile and social, and the increase in the ways to access content means we need to do more than buy ad time. And for brands to create more seamless integrations, the conversations have to include them and take longer to develop."

"Clients are asking more from their agencies and, therefore, the agency is happy to give them that exposure to the network, so nothing is lost in translation," said Jo Ann Ross, president-network sales at CBS.

Still, while it is perhaps less prevalent, some marketers are sidestepping the agency altogether. Advertisers have gone around their agencies, according to multiple TV executives, who said they've been asked on occasion not to tell agencies about certain meetings.

TV network groups are starting to capitalize on the opportunity by assuming responsibilities that have traditionally been held by media and creative agencies.

NBC Universal and Turner Broadcasting are reorganizing their ad sales teams to allow for more direct relationships with clients.

At NBCU the client partnerships group is assuming a bigger role in working directly with marketers for more robust partnerships across NBCU's entire portfolio. Agency relationships are now being handled by sales teams in the lifestyle, news, Hispanic, entertainment and sports content groups.

"Marketers require more, not only of their agencies, but of their partners. Together with the agencies, networks can provide full access," said Linda Yaccarino, chairman-advertising sales and client partnerships, NBC Universal. "It is about encouraging more robust dialog with everyone involved. We have to have an open and transparent relationship."

For its part, Turner is creating a new client strategy and ad innovation group, which will be responsible for working with individual clients and developing category strategies. The division will consist of employees tasked with becoming experts in sectors such as autos and consumer packaged goods, who can then lend insights to marketers.

As part of this, senior sales leaders will each be assigned an agency or agency holding company in an effort to simplify collaboration with advertisers by limiting the necessary meetings and making it easier to generate big ideas.

"We are working to become a strategic partner for clients to be able to serve them with category and company-specific insights," said Donna Speciale, president-ad sales, Turner Broadcasting. "Our main focus is on clients' business objectives and delivering them deeper insights that will make us long-term partners."

In this way, TV deals are starting to mimic the way digital deals have been conducted for years.

"There's Facebook envy," one industry veteran said. "Networks saw them have more direct relationships with marketers and said, 'Why aren't we doing this?'"

As sellers create client-specific solutions, which frequently include both custom creative integrations as well as cross-portfolio targeted media inventory, both media and creative agencies will be impacted, Simulmedia's Mr. Morgan said.

The result could be agencies becoming less relevant in the day-to-day dealings with clients.

"If agencies want to recapture this role, they will probably need to rebundle creative and media solutions themselves," Mr. Morgan said.

Still, for the most part, the agency remains a necessary participant in facilitating ad deals—stewarding the buy, acting as a moderator and representing the client's interest.

CBS's Ms. Ross described the new arrangement as a "consultative sell," where networks operate in concert with the agency to develop ideas to bring directly to the client.