The CMO's Guide to Virtual Reality

McDonald's has been inviting people into a virtual-reality experience where they paint imaginary Happy Meal boxes, HBO is letting fans gawk in all directions as they float over the terrain of "Game of Thrones," and just about every publisher at the just-wrapped Digital Content NewFronts is hoping advertising will support their upcoming VR projects.

You can see why: Virtual reality could be a dream for marketers, potentially immersing consumers in brands or products while shutting out the real world. And this might be the pivotal year. VR is expected to be a $1 billion business in 2016, according to Deloitte Global, with hardware sales comprising $700 million and content spending contributing the rest.

Unfortunately there are no standards, best practices or turn-key solutions for marketers. It's hard to set realistic expectations for results in this budding world of unreality. So before marketers start experimenting, they need some central questions answered.

The term is being applied to different forms of immersive video, but it may be too broad.

Virtual reality is often considered a fully immersive, computer-generated experience that is achieved by wearing a head-mounted display, said Cary Tilds, chief innovation officer, GroupM. It typically allows users to affect with their surroundings, not just look around. Video games are a great example.

But the 360-degree video championed by YouTube and Facebook lately is also generally lumped in, even though it permits far less interaction and might be viewed either on a flat screen or through a head-mounted display, or HMD.

"Some will tell you 360 video is not VR and some say it is as long as it is viewed in a VR HMD, versus, say, a YouTube or Facebook 360 video on your laptop screen," said Dario Raciti, director at Zero Code, the interactive entertainment unit of OMD. "I am with the last group." 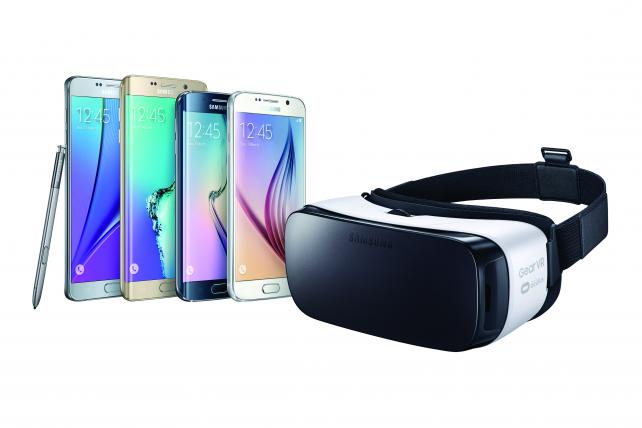 What do consumers need?

There are two main types of VR devices: headsets with their own displays and cases that use a smartphone for the screen and processor. Powerful headsets like Facebook's Oculus Rift and HTC's Vive plug into PCs and provide 360-degree head tracking. Many also require PCs with high-end graphics capabilities and cost anywhere from $600 to $800. VR might get a new boost in October, however, when Sony introduces its PlayStation VR headset at $399.

The $99 Samsung Gear case, introduced in November, is even more accessible, keeping costs low by tapping consumers' Galaxy smartphones to handle the computing and display. And then there are essentially disposable cases, most notably Google Cardboard, which are cheap and frequently given away. So if the content is compelling enough to make consumers want VR, the hardware shouldn't be too out of reach.

VR reaches a limited group for now, with gamers chief among them.

Some stats show that over 20 million Americans have tried VR either through headset sharing or at an event.

But VR hardware shipments will total just 9.6 million worldwide this year, according to a recent forecast from International Data Corporation. By comparison, smartphone shipments this year will total nearly 1.5 billion, IDC says. VR hardware is expected to rocket to 64.8 million shipments in 2020, on the other hand (as smartphones climb to 1.9 billion).

Awareness of VR today remains low, with about 80% of consumers only occasionally or even never hearing about the technology, according to SuperData Research, which specializes in data and insights on the global games market and playable media landscape.

There's also some fear that virtual reality could go the way of 3-D TV. Despite the hype and manufacturers' invstments, 3-D failed to take off, partly because consumers didn't like wearing something on their faces to watch. That challenge goes double for VR, where the headwear is heavier, costlier and more obstructive.

The good news for marketers even in the early stages of VR adoption, or perhaps especially in these stages, is that the tech appeals to younger, tough-to-reach consumers, typically in the 12-to-17 and 18-to-34 demographics.

The audience for 360 video, in contrast, is substantially larger: Anyone on Facebook or YouTube can watch it today.

Should your brand experiment with VR?

Stop. Before marketers even think about whether to jump into virtual reality, they need to ask themselves if they already have a clear content marketing strategy involving platforms that are already in wide use.

"If you don't have a well thought out content marketing strategy, start there," said Adam Simon, director of strategy, IPG Media Lab. "It is cheaper and easier."

For those with a good content strategy in place and video already going out the door, the next question is whether making that video immersive makes sense, Mr. Simon said.

Some industries lend themselves to VR more naturally than others. Travel, in particular, could be one of the biggest beneficiaries. "It will change the way we travel and the way the travel industry markets itself over the next five years," Mr. Simon said.

Entertainment companies such as video-game makers and movie studios should also emerge as leaders in the field. For automakers, VR could transform the test drive.

VR isn't about pre-roll or a 15- or 30-second spot. "It is an opportunity for brands to create entertaining content that adds value to the consumer," Mr. Raciti said.

There's no data yet showing what length is ideal. "We've seen things that work that are much longer than you would expect," Mr. Simon said. "But we're talking TV lengths at most, not two-and-a-half-hour epic films."

Product placement is an option. "But since the medium is still developing, there are no turn-key formats or 'commercials,'" Mr. Simon said. "When they arrive, it's unclear if we'll even consider them 'commercials,' since they're unlikely to interrupt the flow of the experience."

While 360 video doesn't provide the same experience as true interactive VR, it is much more accessible and not as expensive to create, making it a good place for marketers to start, Mr. Simon said. "I do not recommend brands immediately start creating immersive worlds," he said.

For the first time, the screen being used won't be a rectangle and people will be able to look wherever they want. For this reason, marketers can't apply what they are doing in TV or digital to VR, Zero Code's Mr. Raciti said.

VR has also got to be video that consumers will want to seek out. Brands can't push just anything out there and expect people to absorb the message—an important distinction.

Marketers should do significant planning and commit to putting in more time when it comes to VR. In that sense it's the opposite of the churn that has become the norm in social media and regular video for some.

And finding the right producers, directors and developers is a must. Poorly executied VR can be worse than ineffective for marketers; it can make people feel seasick.

Storytelling talent is no less important, particularly for those, such as marketers, that have more than one goal for their VR content. It is essential for marketers to work with developers who know how to tell brand stories, Ms. Tilds said.

And marketers can't forget the sound, which is just as important as the visuals, Mr. Raciti said.

Small audiences for VR mean e-commerce providers won't invest in the field for some time, Mr. Simon said. Still, he noted that Amazon has a team working on VR and augmented reality. Once Amazon gets in, e-commerce will add a whole new dimension.

There are also a few companies building tools for VR analytics and tracking. "That will be the piece of the puzzle that makes it viable for advertising," Mr. Simon said.