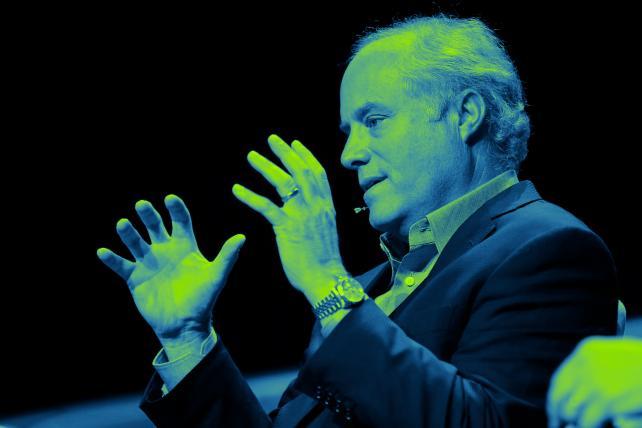 Condé Nast, once the most glamorous and moneyed player among the big magazine publishing houses, is acknowledging that it needs new leadership—and "outside" leadership at that.

In a memo to staff this morning, Steve Newhouse and Jonathan Newhouse, scions of the Newhouse clan that controls the privately-held company, write that "We have concluded that the time is right for us to combine our U.S. and international companies to realize the full potential of Condé Nast for our audiences and our business partners," and that given that reorg, "we have launched an outside search for a CEO with global experience to run Condé Nast." Bob Sauerberg, the current CEO of Condé Nast U.S., will exit once the new global chief arrives.

Sauerberg, who'd been president of Condé Nast since 2010, added CEO to his his title in January 2016 as the then-CEO, Charles Townsend, shifted to chairman of Condé Nast U.S. (Townsend then announced his retirement at the end of 2016).

It's been an insane time to run the magazine empire. Condé Nast has been particularly hard hit by the industry's decline in the face of the rise of the so-called digital duopoly (Google and Facebook) that gobbles up most of the ad dollars that have shifted from print to web. And the company's longtime boss, S.I. Newhouse Jr., died in Oct. 2017 at 89. Though he'd relinquished day-to-day control years earlier (and shifted to a "chairman emeritus" role upon Sauerberg's appointment), there was scant clarity during his dotage about the overall direction of the company and whether the true center of power lay in New York or at the London-based international division.

The Newhouse family's media fortune began in the 1920s with newspapers. The Newhouse's Advance Publications—so named because of its first flagship paper, The Staten Island Advance—acquired Condé Nast, another family business (founded by Condé Montrose Nast), in 1959 because Samuel I. Newhouse's wife Mitzi loved Condé's fashion monthly Vogue. (Samuel and Mitzi were S.I.'s parents; dad eventually put S.I. in charge of the magazines and his brother, Donald, in charge of the newspapers.)

For years, Condé Nast's assortment of glossy cash cows, including Vogue, Vanity Fair and Glamour, gave it a lot of room for error. Even throughout the peak magazine-industry years, Condé actually stumbled quite a bit—launching and shuttering various titles including, most notoriously, Condé Nast Portfolio, which died in the recession of 2009 after just two years and $100 million spent in an attempt to chase after the business-mag ad dollars then hogged by Fortune and Forbes.

The Portfolio closure would be only the beginning of a new era of belt-tightening at Condé. Parenting monthly Cookie and foodie title Gourmet were also shut down by the end of 2009. Even as the overall economy recovered, the magazine industry mostly didn't and Condé continued slashing costs, most notably killing men's magazine Details in late 2015.

The company began 2018 with a newly digital-only Teen Vogue, and is closing out the year having just announced that it's converting Glamour to a digital-only title too. Earlier this year, Sauerberg and his team decided to put Brides, Golf Digest and W up for sale—although the company has reportedly waffled on W and may decide to keep it after all.

The next leader of Condé Nast arguably has an even more torturous task than that faced by Sauerberg, as the company's big flagship titles—which once helped keep more marginal titles afloat—have lately seen continued dramatic revenue declines. The New York Times and others have reported that Condé lost more than $120 million last year.

Here's the full memo from Jonathan Newhouse and Steve Newhouse:

Condé Nast and Condé Nast International have been deeply immersed this year in refining growth strategies, accelerating innovation and developing the right organizational structures to meet the rapidly evolving media landscape. We are excited about these efforts and are confident that Condé Nast has the extraordinary brands, the creative and business intelligence, the resources, and, above all, the talent to succeed–both creatively and financially.

What has become clear is that our aspirations are no longer best served by our historical structure of running two separate companies. Our brands have worldwide influence and impact, and our business is increasingly becoming more global, as we continue to innovate in video, agency, conferences, consumer products, data and other brand-aligned projects. We have concluded that the time is right for us to combine our U.S. and international companies to realize the full potential of Condé Nast for our audiences and our business partners.

As a consequence of this decision, we have launched an outside search for a CEO with global experience to run Condé Nast. After the global CEO is hired, Jonathan Newhouse will become Chairman of the Board of Directors and will relinquish his position as CEO of Condé Nast International. Bob Sauerberg will continue as CEO of Condé Nast/U.S. until the transition is completed, and then will leave to pursue other opportunities, including his representation of Advance on the board of Reddit. Other members of senior operating management of both companies, including Wolfgang Blau, president of the international division, will remain in their positions. During the transition, the company expects to conduct business as usual and will continue to pursue its strategic plans and growth initiatives. It is planned that the company will continue to operate out of its headquarters in New York and London.

Bob Sauerberg has helped steer Condé Nast through a time of enormous transformation in his distinguished 18-year career at the company. As CEO for the past eight years, he strengthened Condé Nast's core brands and extended them deeply into digital video, data and experiences–tripling the audiences across the company's titles and creating experiences that consumers are willing to pay for online. In 2011, Bob launched Condé Nast Entertainment, which has grown into a production and distribution studio that produces digital video content averaging over a billion views a month and has released four feature films and several television series. Under his leadership, the company has earned more National Magazine Awards than any competitor, five Pulitzer Prizes, an Emmy Award, a Peabody nomination, and multiple Academy Award nominations for its short-form digital content. We are truly grateful to Bob for all his significant accomplishments, and for his willingness to lead the company through the transition.

Looking forward, the shift to one global company will help us realize our ambition to deliver the highest quality journalism, experiences and value to our audiences, advertisers and partners on all platforms by allowing us to more quickly transform ourselves to address their evolving needs and by enhancing the collaboration between colleagues around the world.

Thanks to all of you for your continued energy and focus as we embark on an exciting next chapter for Condé Nast.