Roger Lynch takes the helm at the publisher of Vanity Fair, The New Yorker, GQ and other glossy titles.
READ THIS NEXT
Netflix blows past 200 million subscriptions 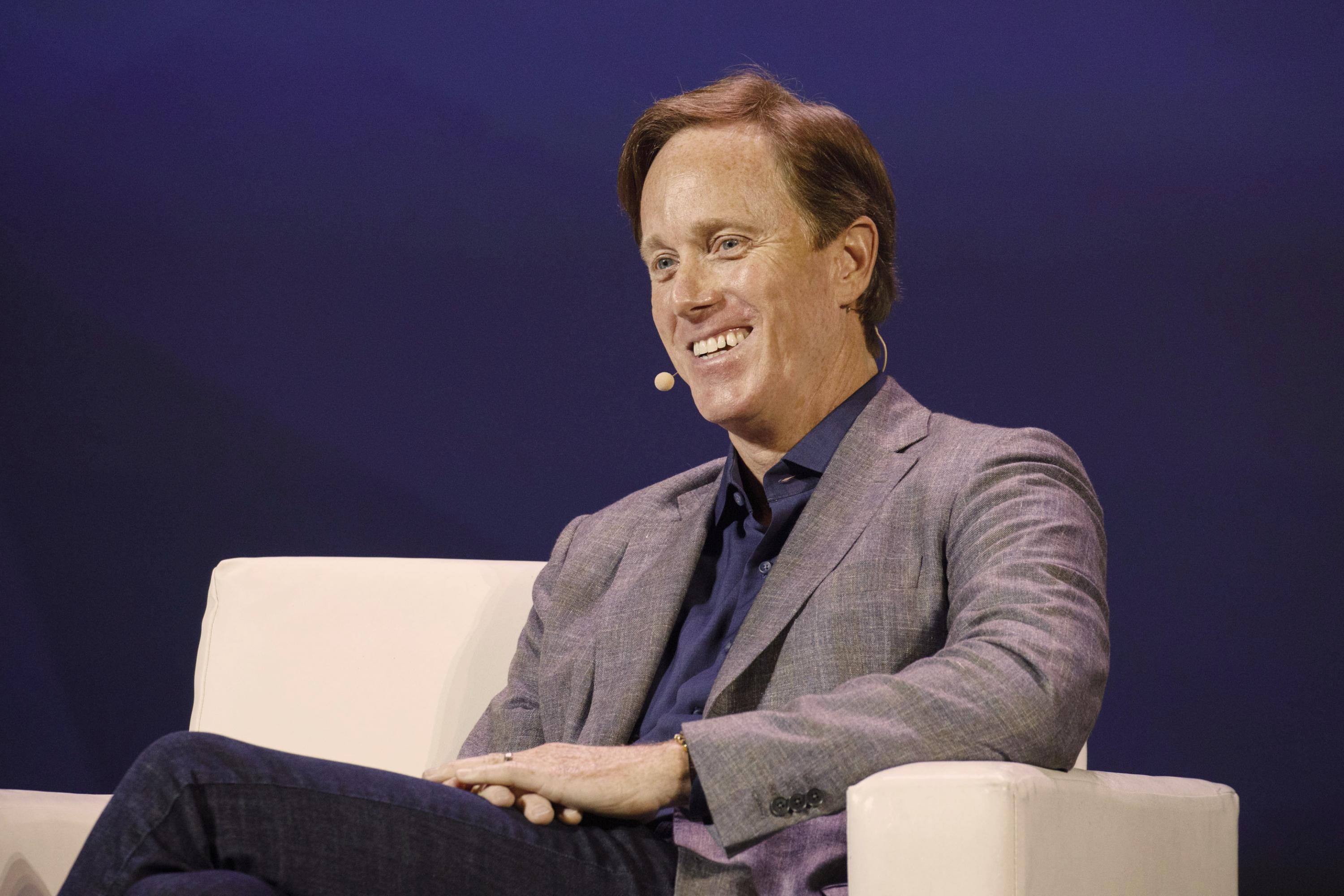 On April 22, publishing conglomerate Condé Nast—home of Vogue, The New Yorker, Vanity Fair and other glossy titles—will get a new boss: Roger Lynch, the former CEO of Pandora.

He'll move from San Francisco to take the top job at Condé's One World Trade Center headquarters in Manhattan, but he'll have more power than the previous New York-based chief, Bob Sauerberg, whose departure was announced last November. That's because the company is combining its international and U.S. divisions; Sauerberg ran the latter, but Lynch will lord over the whole shebang as global CEO. The outgoing head of Condé Nast International, Jonathan Newhouse—a member of the Newhouse family that owns the company—will become chairman of the board of directors.

This is, of course, a brutally challenging time for legacy publishers, many of which have seen their largely advertising-supported business models nosedive as the Google-Facebook duopoly has risen. As I noted in this space when Bob Sauerberg's exit was announced, "the next leader of Condé Nast arguably has an even more torturous task than that faced by Sauerberg, as the company's big flagship titles—which once helped keep more marginal titles afloat—have lately seen continued dramatic revenue declines."

Condé Nast has had some success in stemming its print-based losses by diversifying, most notably by ramping up video production at its titles. The New York Times and others have reported that Condé Nast lost more than $120 million in 2017; the losses are said to have narrowed in 2018 following a cost-cutting restructuring, but the savings weren't enough to save Sauerberg's job.

Lynch became a free agent in January when he left Pandora in the wake of SiriusXM's acquisition of the streaming radio service.

Media reaction to Condé Nast's hiring of Lynch has, so far, been generally positive, if a bit quizzical. As Variety's Todd Spangler notes, the new global CEO is "an unexpected choice for the company. ... Lynch doesn’t have experience in the publishing industry, although he has a long resume in digital media." Pre-Pandora, Lynch led Sling TV as its founding CEO, and before that he was CEO of Video Networks International, an IPTV provider in the U.K. He also ran Chello Broadband in Amsterdam and in the '90s was a tech-focused, San Francisco-based investment banker at Morgan Stanley.

The appointment has been accompanied by the usual encomiums—"Roger is a transformative leader," per Jonathan Newhouse—and the Condé Nast insiders I've spoken to are guardedly optimistic. "They did the right thing picking a tech guy, a streaming-media guy," one longtime company executive told me. "If they chose just another publishing veteran, it would have been bad. It would have been depressing."

The New York Times, it's worth noting, gives Lynch's appointment arguably the best spin of the day with its headline on Edmund Lee's coverage: "Condé Nast Selects a Deal-Making Tech Executive as Its New Chief."

Meanwhile, for a tangible sense of the extent to which the Condé Nast empire has fallen on hard times, consider this Wednesday headline from real estate trade magazine The Real Deal: "Condé Nast lands a second full-floor to sublease its space at 1 WTC."

Context: Condé moved into One World Trade Center as an anchor tenant to great fanfare in the fall of 2014. Back in 2011, when the building was still under construction, it signed a $2 billion, 25-year lease for a million square feet of office space covering 23 floors. Those were, let's just say, more optimistic times for the publishing industry.

Yesterday's announced full-floor sublet (to an architecture firm) inches Conde a little closer to its goal of slashing costs by offloading a full 350,000 square feet of its space, or seven floors in total—something it's been trying to do since April of last year.