Demystifying addressable: It’s as easy as one, two, three

We continue to live in this fantastic world of choice when it comes to media, where we absorb content across a myriad of screens, platforms and services. And many advertisers are looking for efficient and measurable ad opportunities to communicate with consumers. This is not exactly a new phenomenon—even before the introduction of streaming video services, advertisers sought optimal ways to deliver their message on TV while getting a read on ROI.

For over a decade, addressable technology has delivered on that need, allowing advertisers to reach a specific audience regardless of what and when they are watching, all while managing frequency and increasing efficiency. Addressable has been at the forefront of a shifting ecosystem where sophisticated audience-based advertising is less commonly considered “advanced” and more often the norm.

With addressable’s rich history in the marketplace, there are long-held beliefs that create confusion over what addressable is and the benefits it can provide. Based on research conducted late last year in partnership with Advertiser Perceptions, we found that one in five advertisers say they’re confused about how addressable works and nearly a quarter would invest more in addressable if they had a better understanding for it.

For advertisers to increase their use of addressable, it’s key that they have a deeper knowledge of it. That starts with challenging some of the preconceived notions about addressable, and considering the following best practices in—yeah, you guessed it—just three steps:

1. Think beyond targeting. For years, addressable has been used to reach a specific audience. Of the surveyed advertisers, 90% say addressable is a key component to their media mix because of precise targeting. Advertisers remark on addressable’s proven ability to “laser-target” and reach niche audiences, often to meet specific lower-funnel conversion goals.

But addressable also can work across the funnel, driving brand awareness and affinity among hard-to-reach audiences. Though addressable is uniquely suited to reach the right audience on TV, and thereby increase ad relevance, there are other approaches to using the technology. More and more, advertisers and agencies are looking at addressable as complementary to linear TV and are utilizing it to optimize their national campaigns.

In leveraging frequency thresholds, advertisers can increase reach and balance exposure, whether against their traditional demos, infrequent TV viewers or households that were underexposed to their national campaign.

2. Consider value relative to price. Advertisers cite price as a leading obstacle when it comes to investing in addressable. When looking at a TV network CPM compared with an addressable CPM, it’s easy to see why an advertiser would consider addressable more expensive. However, national linear CPMs only appear less expensive—research has repeatedly shown that a small proportion of viewers are responsible for a large majority of impressions.

Addressable solves this issue because of its ability to frequency cap and because an advertiser only pays for impressions served to the target. As soon as a viewer has seen the designated number of commercials, that’s it. The ad server moves onto other consumers in the target. So, if an advertiser’s objective is to reach an entire target audience with a specific frequency, addressable is significantly more affordable.

3. Take advantage of both linear and digital. At its infancy, addressable TV was associated exclusively with the two-minutes-per-hour of commercial break time allocated to cable and satellite distributors (i.e. multichannel video and program distributors, or MVPDs), achieving scale across a national footprint. Today, addressable extends beyond linear to connected TV (CTV) as well, opening up additional inventory across virtual MVPDs and streaming services.

Over a quarter of advertisers would increase their investments in addressable if given more cross-screen opportunities, which many addressable providers are already offering, extending unduplicated, targeted reach from linear to digital. and measuring holistically on the backend.

Providers and ad-tech partners are also working to make inventory more seamlessly available via automated solutions, meeting the needs of those advertisers who would invest more in addressable if they could buy it programmatically. There is scale across TV and digital today; the key is to consider the addressable landscape holistically and work flexibly across partners.

Ultimately, concerns around addressable are rooted in a limited understanding of what addressable is and why an advertiser should use it. It's pretty simple: Addressable allows brands to address the right audience at the right time, delivering ad relevancy and eliminating waste, whether it's via linear or digital delivery.

At DirecTV, our approach is to meet the needs of customers wherever they are watching by offering addressable solutions that meet the needs of an evolving marketplace. It’s not a new approach, but it’s never been more important.

DirecTV Advertising is a pioneer in the converged addressable space, delivering industry leading audience-based, digital, and innovative media solutions. Employing our decades of experience, we empower advertisers to address and engage their audience at scale while continuously measuring campaign impact against brand goals to unlock insights and optimize future campaigns. 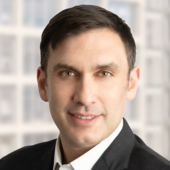 Dan is SVP, analytics and insights, for DIRECTV Advertising, responsible for leading data strategy, analytics and insights across the company’s advertising portfolio. Rosenfeld joined DIRECTV in 2014 and was a key leader in developing its addressable-advertising product suite. Prior to joining DIRECTV, Rosenfeld led ad sales research at NBC News, with remit over “The Today Show,” “The Nightly News,” “Meet The Press,” and MSNBC. Earlier in his career, he held a variety of research and analytics roles at A&E television networks, Turner Broadcasting, and MediaVest Worldwide.