Reports 13.9 Million Video Subscribers, Nearly Unchanged From Last Year
READ THIS NEXT
Warner Bros.’ 2021 films to hit both HBO Max and theaters in move that rocks film and streaming industries 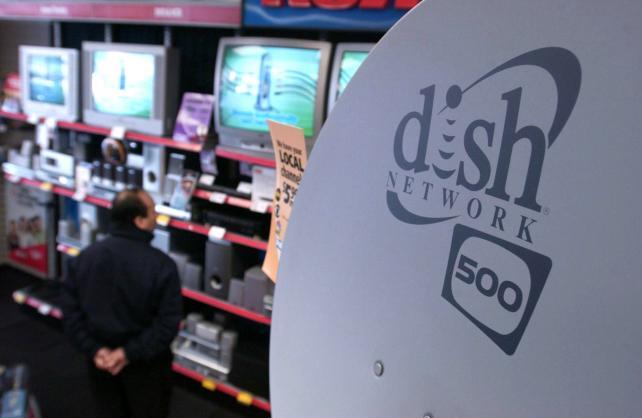 A Dish Network satellite on display near a selection of TVs in a store.
Credit: Daniel Acker/Bloomberg News

"Sling TV remains a small fraction of total pay-TV subscribers, and may remain a niche service for the foreseeable future," Bloomberg Intelligence analyst Joshua Yatskowitz wrote in a note Wednesday. He estimates the Sling TV bundle may have added 169,000 subscribers in the first quarter.

Philip Cusick, an analyst at JPMorgan Chase & Co., puts that number at 125,000, pointing out in a note that Sling TV bolstered otherwise weaker satellite-TV subscriber totals.

Dish reported 13.9 million video subscribers, including satellite and Sling, little changed from the end of last year. The average monthly subscriber defection rate, or churn, was 1.63% for the first quarter, down from 1.71% at the end of 2015. Dish had about 628,000 broadband subscribers, compared with 591,000 a year earlier.

Dish's earning come following news that Viacom has been warning Dish subscribers that they may lose channels including Comedy Central and Nickelodeon because of a fee dispute between the companies.

Dish is participating in this year's federal broadcast airwave auction. Mr. Ergen has said he hopes to establish a wireless network that can deliver advanced services like video and Internet to rival the larger U.S. carriers. He has acquired radio wave spectrum valued at an estimated $50 billion to help facilitate that goal.