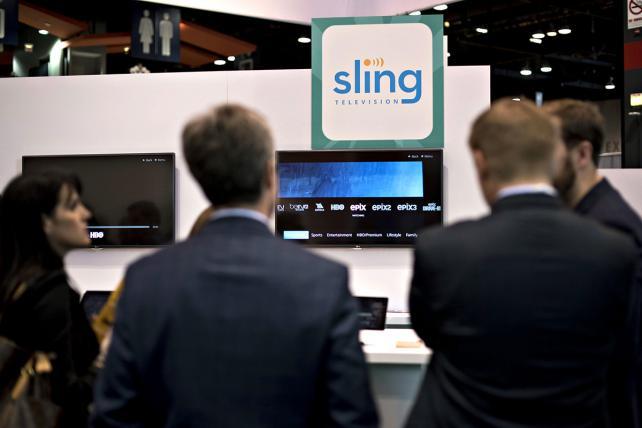 For almost two years, Dish Network has offered U.S. consumers a streaming-television service without a traditional cable or satellite subscription -- and the company has had the market almost all to itself. Until now.

AT&T, which has tied up with Time Warner in a $85 billion mega-deal, is planning to introduce an online offering, DirecTV Now, later this month. A new paid service from Hulu, Google's YouTube Unplugged and possible offerings from Amazon and maybe even Apple will soon join the fray.

The new competition will test whether Sling can hold onto its subscriber base of about 1 million and continue to grow when more choices are available for consumers. Dish's owner, billionaire Charlie Ergen, bet bold and early on the future of TV with Sling, but so far he's only had to contend with Sony's PlayStation Vue as a direct competitor.

New rivals like Amazon have deeper ties to consumers, and AT&T brings bigger cost advantages and marketing muscle. AT&T will charge $35 a month for more than 100 channels, while Dish's service costs $20 for 28 channels and $40 for more than 50 channels.

"Is the market big enough for all these services? The answer is no," said Dan Rayburn, a blogger with Streamingmedia.com and analyst with Frost & Sullivan. "They are all targeting the same audience, offering the same channels and there just isn't enough room for more than four players."

While Sling is targeted to young users that don't already subscribe to cable, AT&T's DirecTV Now is aimed as an alternative to the big packages offered by satellite and cable companies. That 100-plus channel selection won't have "the junk nobody wants" and will touch some of the "third rails" of pay TV, like a la carte pricing, AT&T Chief Executive Officer Randall Stephenson said at a conference last month. AT&T -- which owns DirecTV, the satellite rival to Dish -- has reached agreements with most of the programmers including 21st Century Fox, its pending merger partner Time Warner and NBCUniversal. The lone major holdout is CBS.

"At some point there will be too many entrants and eventually a shakeout of the weaker ones," Sling TV Chief Executive Officer Roger Lynch said in an interview. "We feel confident we will come out OK."

Aware of the impending decline of his satellite-TV business and the rise of cheaper video alternatives like Netflix and Amazon, Mr. Ergen decided to beat others to the punch and deliver live TV over the internet at the peril of his main business.

"DirecTV Now sounds like a big bundle that replicates cable TV. That has never been our strategy," he said. "We have a $20 package that no one else does. When the whole industry is headed in one direction, sometimes it's good to go in the other direction."

"You have to tip your hat to Charlie," Roger Entner, an analyst with Recon Analytics LLC, said of the Dish chairman. "He created Sling as a hedge to play the future of TV."

But there were challenges right out of the gate. The initial 12-channel lineup -- Walt Disne's ESPN and Time Warner's TNT and CNN -- had limited appeal outside of sports fans. And there were technical difficulties. During the NCAA Final Four, some subscribers weren't able to watch the basketball game between Duke and Michigan State. In April 2015, Sling had a few stumbles when subscribers tried to watch the season debut of HBO's "Game of Thrones."

"While the others were still taking their time to get it right, Dish rushed Sling to the market ahead of everyone," said Amy Yong, an analyst at Macquarie Capital USA. "One thing about TV consumers, they aren't very forgiving, particularly when they can get service."

"Lots of lessons were learned, we've earned our scars in the process. It isn't going to be smooth sailing for anyone getting into this business," Mr. Lynch said.

But as a pioneer of skinny-bundle TV services, Dish bears the burden of proper execution, said Entner.

"If they lose at this, they can only blame themselves," he said. "The market is still wide open. You have to get up in people's purchase considerations. You are selling a $20 service to people paying $80. If you lose, shame on you."