The company shot ‘Avengers: Endgame’ and ‘Black Panther’ in the state
READ THIS NEXT
Facebook offers millions of dollars in refunds to advertisers tripped by measurement mistake 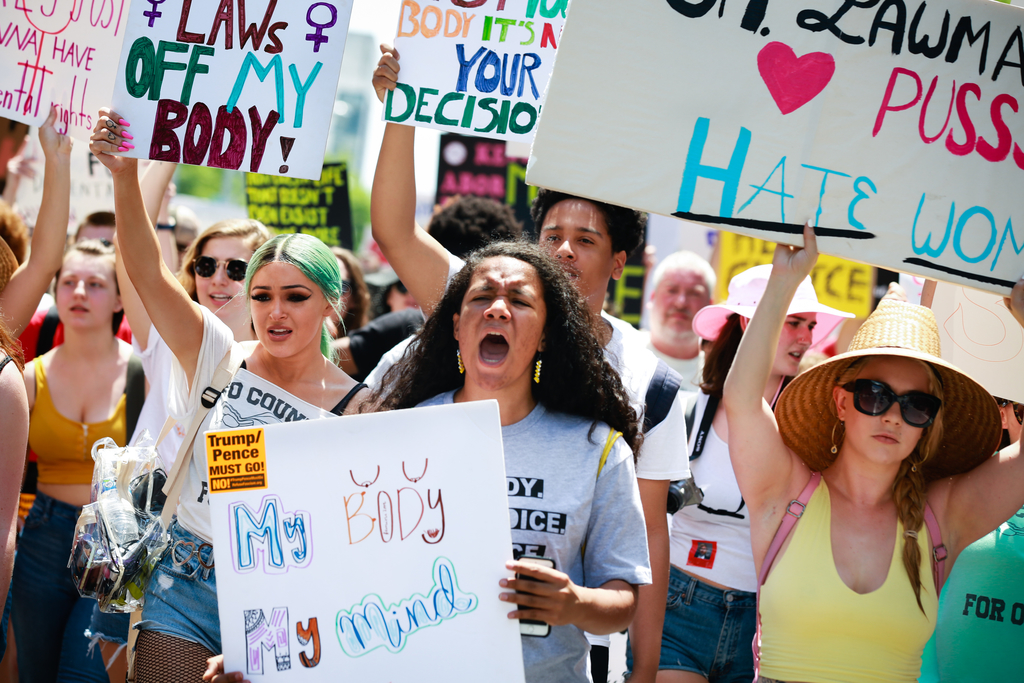 Demonstrators hold signs during a protest against Georgia’s ‘heartbeat’ abortion bill outside of the Georgia State Capitol building on Saturday, May 25.

Disney CEO Bob Iger told Reuters on Wednesday that it would be “very difficult” to keep film production in the state if the legislation becomes law next year. A representative for the company declined to comment further to Bloomberg News.

“I think many people who work for us will not want to work there, and we will have to heed their wishes in that regard,” he said. “Right now we are watching it very carefully.”

Netflix said earlier this week that it would reconsider its “entire investment” in Georgia, where it has filmed “Stranger Things” and “Ozark,” if the law survives legal challenges.

“We have many women working on productions in Georgia, whose rights, along with millions of others, will be severely restricted by this law,” Netflix Chief Content Officer Ted Sarandos said on Tuesday. “Should it ever come into effect, we’d rethink our entire investment in Georgia.”

Georgia has some of the most generous film and TV subsidies in the country, and it’s become a popular hub for production. Disney shot several of its biggest recent hits there, including “Avengers: Endgame” and “Black Panther.”

The law would ban abortions once the doctor can detect a fetal heartbeat—typically about six weeks into a pregnancy. It makes an exception to prevent death or serious harm to the patient or in cases of rape or incest where a police report was filed.

In responding to the law, the Motion Picture Association of America has pointed out that similar legislation has been challenged in other states. It’s maintaining a wait-and-see approach.

“The outcome in Georgia will also be determined through the legal process,” the organization said. “We will continue to monitor developments.”