Disney takes the wraps off Disney+

At $6.99 per month, Bob Iger is making consumers an offer they can't refuse.
READ THIS NEXT
Addressing the biggest challenges in a privacy-centric world 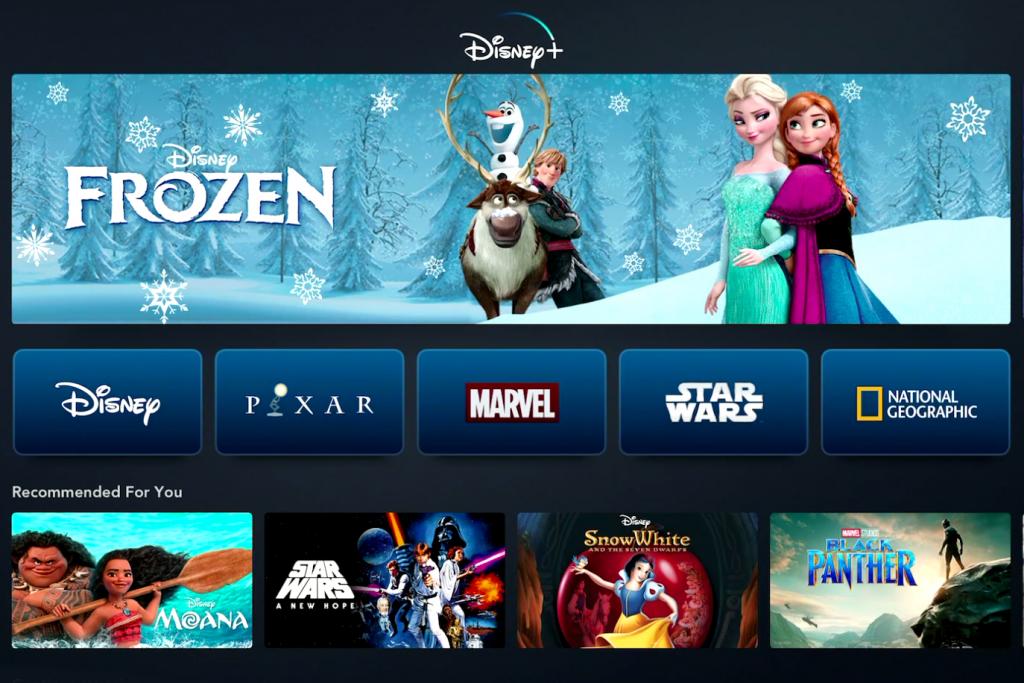 The Walt Disney Co. on Thursday gave the investor community its first look at direct-to-consumer  service Disney+, and it seems the Mickey Mouse gloves are coming off in the fight against streaming leader Netflix.

Disney waited until near the very end of its two-hour, 45-minute pitch to announce the launch date and pricing structure for Disney+, a premium subscription service that will carry no advertising whatsoever. The DTC product will go live in the U.S. on Nov. 12 for $6.99 per month, or about half what consumers pay for a standard Netflix streaming package and $2 cheaper than the going rate for Amazon Prime Video.

More commitment-minded Disney+ subs will have the option of forking over $69.99 for an entire year, which works out to a savings of $13.89. The announcement of the rate structure drew gasps from the audience.

At either rate, subscribers will gain access to Disney’s vast content library, an archive that includes classic animated fare such as the original films “Snow White and the Seven Dwarfs,” “Dumbo” and “Bambi,” as well as 18 Pixar movies (“Inside Out,” “Up,” “Finding Dory,” etc.), as well as each of the 21 films in the Marvel Cinematic Universe and the complete “Star Wars” collection. Among the newer movies that will be available on Disney+ on its launch date is Marvel’s $1.04 billion global blockbuster, “Captain Marvel.”

All Disney films released in 2019 will be made available for streaming on Disney+ as soon as their theatrical windows have expired. For example, after “Frozen II” finishes its multiplex run—the sequel to the 2013 musical fantasy that grossed $400.7 million in stateside box office opens Nov. 22—it will stream exclusively on Disney+. The same holds true for the upcoming Marvel release “Avengers: Endgame”.

Also available to subscribers upon launch will be 662 episodes of “The Simpsons,” the rights to which Disney scooped up in the Fox acquisition. Other 20th Century Fox titles that will appear on Disney+ include older films like “The Sound of Music” and the early-aughts family sitcom “Malcolm in the Middle.”

Library content accounts for only part of what will be exclusive to Disney+, which looks to invest some $2.5 billion in original series and film production between now and 2024. Among the new properties being conjured up for the platform are the first-ever live-action “Star Wars” series “The Mandalorian,” which focuses on the tribe of bounty hunters that gave rise to “The Empire Strikes Back”/“Return of the Jedi” antagonist Boba Fett, and the Marvel series “The Falcon and the Winter Soldier.”

“Mandalorian” executive producer Jon Favreau said the goal was to make the series “look like ‘Star Wars’” by way of the visual effects and editing. The first season will consist of eight episodes and is designed to appeal to old school fans of George Lucas’ fabled space operas as well as the younger set. “Since we’re starting with new characters in a new time period, it’s a great way to bring in new fans,” Favreau said. Like so much of the aforementioned content, “The Mandalorian” will be ready to stream when Disney+ arrives in November.

Favreau is also the director of Disney’s live-action “Lion King” reboot, which opens in theaters July 19.

Disney projects that it will have signed up between 60 million and 90 million worldwide Disney+ customers by the end of 2024. It is expected that one-third of those subs will be domestic, which is roughly in line with recent Walt Street forecasts. In an April 8 note to investors, Morgan Stanley analyst Ben Swinburne said he expected Disney+ to land as many as 5 million paying subs by end of next year and 30 million by the close of 2024.

In order to build awareness for the new service, Disney is embarking on a marketing blitz that will target everyone from Comic-Con attendees to visitors to the Disney theme parks. According to Ricky Strauss, president of content and marketing for Disney+, the company is set to unleash a “synergy campaign of a magnitude that is unprecedented in the history of Disney,” before adding that the company’s TV networks (ESPN, ABC, Disney Channel, etc.) alone provide a direct communication channel to more than 100 million consumer households.

“This is our first serious foray in this space and we want to reach as many people as possible,” said Disney Chairman and CEO Bob Iger, who characterized the present media moment as an “exciting but challenging time” before adding that his team was diving into the direct-to-consumer wars with “unbridled optimism.”

Iger also said that he’d be stepping down once his contract expires at the end of 2021. Since first being named Disney’s CEO in 2005, Iger has re-upped with the company on a half-dozen occasions, but he said that this time, he means it when he says it’s time for him to make tracks. Iger said the Disney board is currently “engaged in a succession process.”