Streamer’s ad dollars will still find a soft landing at ESPN even as Disney postures
READ THIS NEXT
‘America Must Change’: The story behind Time’s latest cover artwork 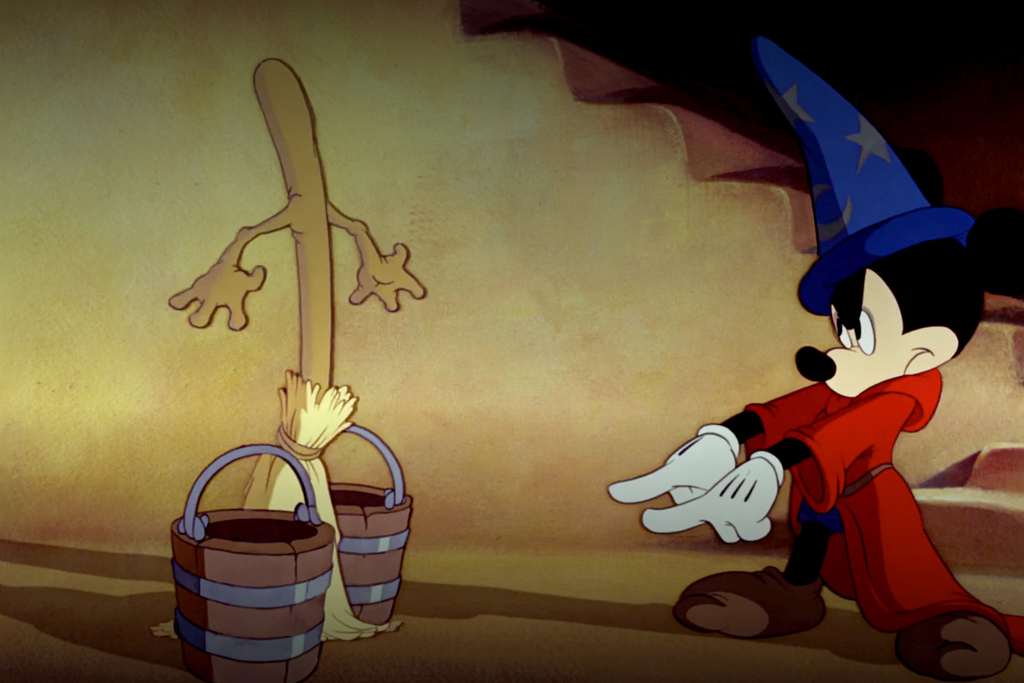 If recent history is any guide, the Walt Disney Co.’s decision to prevent Netflix from scooping up ad inventory on its broadcast and cable networks may be seen as a bit of theater staged by Bob Iger, a somewhat dramatic reckoning with dark forces reminiscent of the brooms-and-buckets scene in “Fantasia.”

Disney’s disinterest in providing an outlet for the streaming service to hype its wares is quite prudent; in effect, any traditional television network that continues to allow a Netflix or Amazon to reach its own hard-won viewers is monkeying around with the same brand of sorcery that gave Mickey Mouse so much trouble back in 1940. Even if you rake in a few extra bucks while your audience transforms into a horde of unmanageable automatons, you’re likely to catch a whack on the ass with a broom when all is said and done.

As first reported by the Wall Street Journal Friday, the ban on Netflix ads reflects a certain philosophical shift at the media giant. “The direct-to-consumer business has evolved, with many more entrants looking to advertise in traditional television, and across our portfolio of networks,” a statement issued by Disney read. “While the initial decision was strictly advertising based, we reevaluated our strategy to reflect the comprehensive business relationships we have with many of these companies, as direct-to-consumer is one element.”

The Netflix ban extends to the ABC broadcast flagship and the cable entertainment networks FX, Freeform and Disney XD. ESPN, however, will continue to take Netflix’s money—the quarantine covers the Disney entertainment channels but leaves the sports assets free to do business with the sports-free Netflix.

Disney’s refusal to play nice with Netflix was presaged by the longstanding policy at the recently-acquired FX network. FX CEO John Landgraf’s antipathy for the disruptor is such that you won’t find popular FX originals such as “Archer,” “The Shield,” “Sons of Anarchy” and “Justified” on Netflix, and that hands-off approach applies to the advertising side of the ledger as well. In the past four years, only two Netflix spots have appeared on FX, and those were likely the byproduct of an automation error or a misallocation of a Fox audience deficiency unit.

FX’s hardline stance in a sense is why Disney’s NIMBY decree can be seen as more of a gesture than a bold your-money’s-no-good-here move. According to iSpot.tv estimates, while Netflix has invested some $17.5 million this year in ABC inventory, the lion’s share of that spend has been in the network’s ESPN-brokered college football games or NBA broadcasts. In other words, the ABC properties that are of particular interest to Netflix can be just as easily be found on ESPN. And ESPN is still open for business.

As for the other Disney cable properties, Netflix’s 2019 investment doesn’t add up to $1 million. Taken altogether, it’s not a terrible amount of money to pass up—and again, much of that spend may just as well be rerouted to ESPN’s coffers—or certainly not in light of what some of the competition has raked in of late.

If NBCUniversal, for instance, were to slam the door on Netflix, such a refusal would represent a far more significant sacrifice. Per iSpot, NBC alone has booked some $51.1 million in Netflix spend since the year began, and the Comcast-owned conglomerate essentially would be turning down nearly $60 million in ad revenue. (Then again, if the direct-to-consumer category keeps growing as fast as it’s been, the loss of streaming dollars should be rather easy to swallow all the way around.)

In shutting out Netflix, Disney is re-purposing the same policy that has kept broadcasters from buying airtime on their rival networks for decades. That Disney soon will be going to market with a direct-to-consumer product of its own that is also being characterized by some as a “Netflix killer” only reinforces the clear thinking that informs the ban. But to interpret this as anything but an exercise in sound judgment is to overstate the impact Netflix has had on the TV ad market.