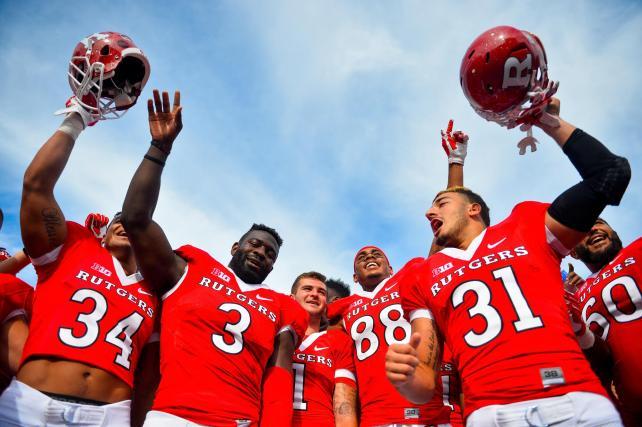 When Rutgers and the University of Maryland joined the Big Ten athletic conference a year ago, there arose the usual hue and cry about crumbling traditions and the dilution of the league's football product. This, after all, was the conference that boasted 38 national championships; together, the newcomers had managed to scrounge up but a single title (two if you acknowledge Maryland's claim to the hotly-contested 1951 crown). Unfavorable portents materialized at every turn. It's a 666-mile drive from East Lansing to Piscataway -- no good could come of this.

Partisan grumbling aside, the eastward expansion presents an extraordinary business opportunity for the conference and its 9-year-old regional sports net, Big Ten Network. (BTN is a joint venture between the Big Ten, which holds a 49% stake, and majority owner Fox Entertainment Group.) Rutgers alone has helped BTN improve its positioning within New York-area cable systems owned by Comcast, Time Warner Cable and Cablevision, and the Maryland affiliation has raised the network's profile in the greater Washington, D.C. area.

In expanding its scholastic footprint, the Big Ten also increased the value of the BTN's New York and D.C. subscribers. According to SNL Kagan data, cable operators pay an estimated "in-market" rate of $1 per sub per month, more than double the $0.44 fees charged outside the conference's home markets. Cablevision alone serves 2.64 million video customers in New York, New Jersey and southwestern Connecticut; with the upgraded fee in place, BTN sees its annual payout from the operator rise to around $31.7 million from $13.9 million.

Affiliate deals aside, BTN's increased penetration in the No. 1 and No. 7 DMAs can only lead to a concomitant lift in the network's advertising rates. At present, buyers say the average unit cost of a 30-second spot in one of BTN's live football telecasts is on par with the rates charged by the nation's No. 1 conference-affiliated channel, the ESPN-owned-and-operated SEC Network. That said, there is plenty of room for improvement; in September, the average cost of in-game :30 on both networks was south of $4,000 a pop.

But the number of national advertisers that have signed on with BTN is an encouraging development for the expanding network. Among the marketers that buy time on the net throughout the year are State Farm, Buffalo Wild Wings, Dr. Pepper, T-Mobile and Microsoft. Along with the aforementioned telecom company, Kellogg's, BMW, Dollar Shave Club, Carl's Jr. and the ubiquitous FanDuel are big BTN football boosters.

The addition of the Rutgers and Maryland markets coincides with the evolution of BTN's football coverage. Last fall marked the network's first live pre-game show produced from an on-campus game day location; that Penn State-Rutgers showdown was the day's top-rated college football game in the New York and Philadelphia markets.

(BTN had planned to air a pre-game show from College Park leading into Saturday's Michigan-Maryland skirmish, but scrapped the production just days before kickoff when Hurricane Joaquin seemed poised to make landfall on the Mid-Atlantic coast.)

According to BTN president Mark Silverman, the reconfiguration of other NCAA conferences has only served to heighten Rutgers' impact on the network. "This is a great opportunity for the Big Ten to really become the anchor league conference on the East coast," he said. "When ACC raided Big East a second time, taking Syracuse and Pitt from the old Big East, it really created an opening for us…to become the network fans in the New York metro area gravitate to."

Clearly, the Big Ten has sufficient boots on the ground to take on the NYC-D.C. megalopolis. More than 1.5 million alumni from Big Ten member schools call the East coast corridor home, and they tend to be incredibly loyal to their colors. (For outsiders, Big Ten boosterism can be a bit much; bump into any Northwestern alum on the street and within five minutes you'll get an earful of how Stephen Colbert and Seth Myers are proud Wildcats.)

Since Rutgers and Maryland jumped to the Big Ten, BTN's sub count has risen to some 60 million households, up 15% from the 52 million customers it reached at the end of the 2013-14 academic year. But it remains to be seen if BTN can flip the script and begin expanding in the opposite direction. (The westernmost Big Ten school is located in Lincoln, Neb,, which is practically the geographic center of the U.S..)

"We're looking west of Nebraska to make sure people can see the kind of games we can offer," said Mr. Silverman, who notes that BTN is carried on Time Warner Cable in Los Angeles. "But we are very happy with our distribution. We think the Big Ten is the one true national conference. Our alums are everywhere. The SEC is just a regional conference in terms of its alums and where they live. We truly have a platform and a fan base that will allow us to be the leading collegiate sports network."

BTN is carried nationally on satellite-TV providers DirecTV and Dish Network, as well as AT&T U-Verse. Time Warner Cable offers the network as part of its expanded-basic service in every Big Ten state in its footprint; other regional carriers include Charter Communications, Cablevision, Cox Communications and a number of small NCTC-affiliated operators.

"We are now distributed by every major provider," Mr. Silverman said, adding that none of the current carriage deals are in danger of expiring. "There's nothing imminent. And we're going to continually look to add subscribers and showcase our national relevancy."

BTN operates at a profit and has begun sharing revenue with the conference's member schools. Rutgers and Maryland won't be eligible for a slice of the TV pie until both have put in six years at the Big Ten. Looking ahead, BTN in 2016 will implement a nine-game conference schedule, thereby eliminating low-value matchups with weaker FCS schools. A stronger Big Ten-on-Big Ten schedule weighted with games against power-conference opponents should also present a persuasive argument for higher ad rates.

"The understanding is, with more in-conference games and more games against Power Five opponents, we're not diluting ourselves," Mr. Silverman said.