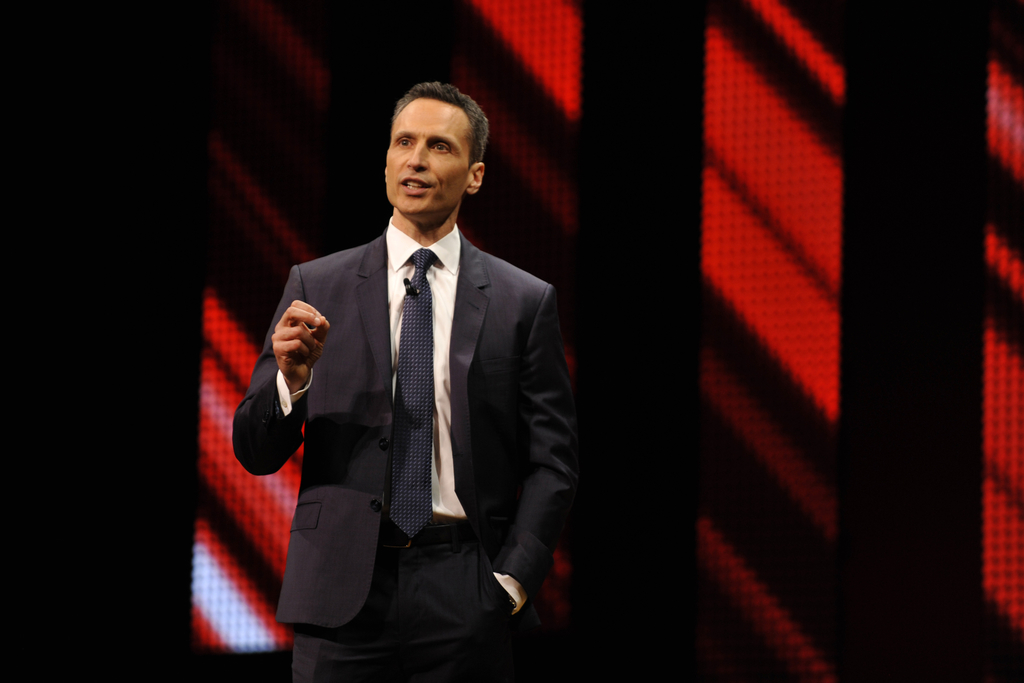 James Pitaro at the 2018 ESPN Upfront

The Walt Disney Co.-owned cable giant introduced its ESPN+ online service a year ago, and it has drawn over 2 million subscribers who pay $5 a month. But its ambitions are much greater, part of a broader streaming push at Disney that includes a new family-oriented platform and the Hulu TV service.

To bolster ESPN+, the company has signed new sports rights deals with college conferences, boxing promoters and the UFC mixed martial arts league, Pitaro said. The idea is to draw an audience that doesn’t watch much traditional TV.

“When you’re on traditional television, everyone is seeing the same thing,” Pitaro said in an interview Thursday on Bloomberg Television. “The promise of the internet is the right content to the right user at the right time—you and I can get different things. My 15-year-old son and I can experience different things within the ESPN app or on ESPN+.”

There was a time when Disney stock rose and fell on the results of its traditional ESPN network, long the company’s single most profitable channel. But with Disney’s new focus on streaming services, the pressure is off Pitaro somewhat.
Network Challenges

The ESPN network has continued to lose subscribers, though its operating income grew last quarter.

Disney also is carefully navigating burgeoning world of sports betting. The company acquired a stake in online-wagering service DraftKings Inc. through its $71 billion acquisition of Fox’s entertainment assets earlier this year. Unlike Fox Corp., which is investing directly in the sports-betting business through a deal with the Stars Group, Disney Chief Executive Officer Bob Iger has made it clear that his company will not be taking bets.

With tech companies such as Amazon.com Inc. and Twitter Inc. beginning to stream sporting events, Pitaro expects competition for programming rights to increase. However, ESPN will continue to be a major player for whatever becomes available.

“ESPN has always had competition, and we have the best rights acquisitions team in the industry,” he said. “The promotion, the quality of content that our league partners get from us, is unmatched in my opinion.”