Everything we know about the Super Bowl so far. Plus, the Subway tuna suit—and Game(Stop) over?: Friday Wake-Up Call | Ad Age
Skip to main content
Sign In Register

Everything we know about the Super Bowl so far. Plus, the Subway tuna suit—and Game(Stop) over?: Friday Wake-Up Call 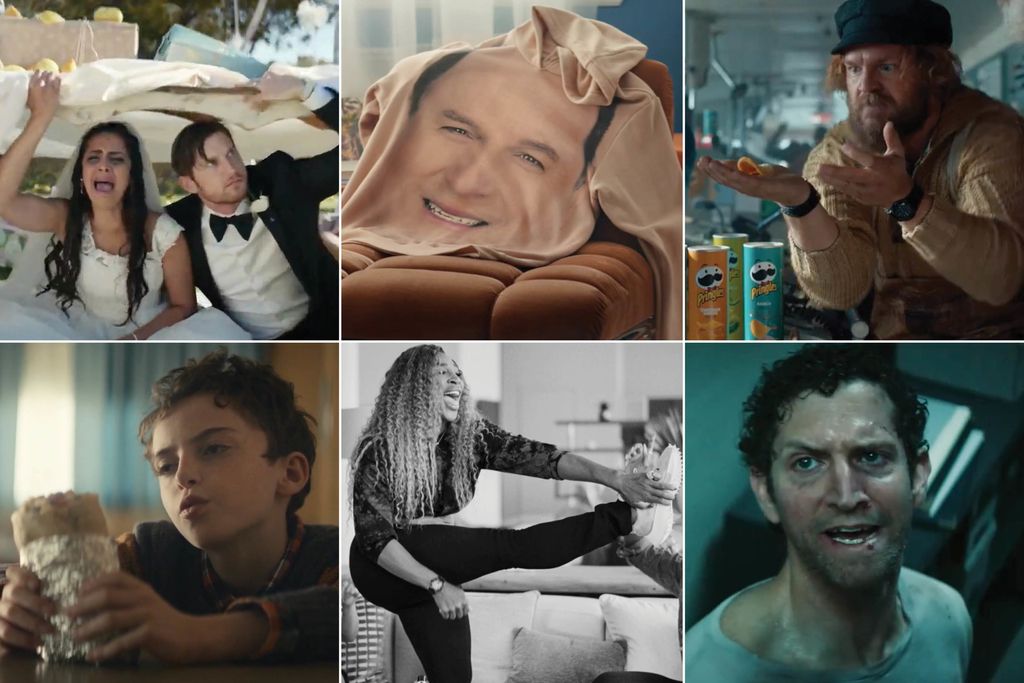 Super Bowl ad news keeps coming fast and furious. Some of the latest: Jason Alexander—George Costanza from “Seinfeld”—is the star of Tide’s surreally funny, CGI-powered Super Bowl spot. Bud Light is hyping its new hard seltzer lemonade flavor by playing off the “when life gives you lemons” saying. Lighthearted commercials are an emerging Super Bowl LV trend. The Big Game’s ads are being judged for inclusivity.

In addition to the Tide and Bud ads above, you can also already watch Super Bowl spots from Pringles, Michelob Ultra, Chipotle, Mercari and Vroom. Ad Age’s Jeanine Poggi is keeping track and sharing all the creative in “Super Bowl 2021: Watch all the commercials released so far”—a frequently updated post.

Related:  The Jason Alexander hoodie shown in the Tide ad above doesn’t appear to be an actual thing you can buy—yet, at least—but we did spot an, um, eye-catching Jason Alexander photo collage t-shirt for sale from dye sublimation apparel retailer Subliworks.

A. “Subway’s tuna doesn’t actually have tuna in it, suit claims,” from the New York Post.

C. “Subway is sued after tuna sandwiches are ‘revealed to be anything but tuna’ and ‘don’t even contain FISH,’” from the Daily Mail.

D. “Subway’s tuna is not tuna, but a ‘mixture of various concoctions,’ a lawsuit alleges,” from The Washington Post.

CORRECT ANSWER: Since we’ve got a soft spot for mixtures of various concoctions—like this newsletter—we’re going to go with D.

Essential context:  “There simply is no truth to the allegations in the complaint that was filed in California,” a Subway spokesperson tells the New York Post. “Subway delivers 100% cooked tuna to its restaurants, which is mixed with mayonnaise and used in freshly made sandwiches, wraps and salads that are served to and enjoyed by our guests.” Stay tuna-ed.

“U.S. airlines had their worst year ever in 2020, due to the coronavirus pandemic, and a rebound in travel remains elusive for now,” The Wall Street Journal’s Alison Sider reports. Southwest Airlines Co. lost almost $3.1 billion and American Airlines Group lost $8.9 billion.

On the bright-ish side:  “But losses at both American and Southwest were narrower than analysts expected,” Sider notes.

“Walmart has reached a deal with The Trade Desk to develop a programmatic buying platform using the retailer’s data to place ads outside Walmart properties as part of a broader plan to become a top 10 player in the U.S. ad business within five years,” Ad Age’s Jack Neff reports.

What that’s going to take:  Neff notes that hitting the top 10 “would likely require north of $10 billion in revenue and push Walmart past the likes of Verizon Media, Discovery and Spotify.”

The epic GameStop drama we discussed in the previous edition of Wake-Up Call continues to fascinate. On Thursday, as GameStop’s stock continued its rollercoaster ride—shedding 44% of its value from Wednesday following a massive, frenzied, logic-free rally driven by retail investors who spend way too much time on Reddit’s WallStreetBets subreddit—a fun-while-it-lasted reckoning began to set in. Thursday afternoon, USA Today published a guest post by Nancy Tengler, chief investment officer at Laffer Tengler Investments, headlined “You want a revolution, Redditors? What’s your plan when GameStop collapses?” (Spoiler: They don’t really have a plan, which makes them somehow ... extra revolutionary, maybe?)

The best line in Tengler’s piece comes right at the end: “There is some wisdom in the old saying: Pigs get fat, hogs get slaughtered.”

What’s next:  “Senate Panel to Hold Hearing Amid GameStop Frenzy, Brown Says,” per Bloomberg News. The Brown in that headline is Senator Sherrod Brown, the incoming chairman of the United States Senate Committee on Banking, Housing, and Urban Affairs.

Because of course:  “Here Are the 50 Funniest Memes About GameStop and Reddit Trolling the Stock Market,” from BuzzFeed.

The upcoming Ad Age Agency Report 2021 will include the industry’s definitive ranking of agencies, agency networks and agency companies. Make sure your agency is included by completing Ad Age Datacenter’s questionnaire. Download it at AdAge.com/arq. The deadline is Feb. 5.

Watch for it:  The 77th annual Ad Age Agency Report comes out on May 3.