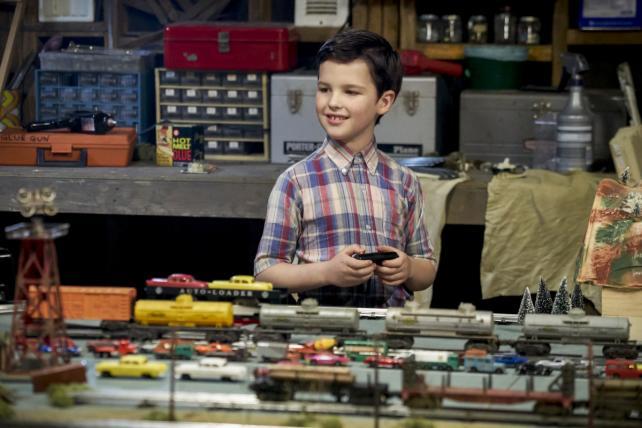 Now that the upfront presentations are over and the last of the Tetris tiles of the 2017-18 broadcast TV schedule have locked into place, all that remains is to see how viewers receive the bounty of new fall shows. With 39 new scripted series slated to premiere in the coming season, the newcomers will be locked in a death struggle with established hits and fellow newbies. Here are the five time slots that are likely to kick up the most dust:

Somewhere along the way, the 10 p.m. time slot devolved into the TV equivalent of Myspace: Both technically still exist although very few people seem to have much interest in what goes on there. Over the course of the 2016-17 season, scripted programming in the final hour of prime time averaged a meager 0.9 rating in the broader sales demo, which works out to just 1.15 million adults 18-49.

The Monday 10 p.m. slot was of particular interest during the season that just ended, as NBC's stranglehold over the hour slackened noticeably. Despite enjoying one of the strongest possible lead-ins on the schedule, the newcomers "Timeless" and "Taken" together averaged just a 1.1 live-same-day rating, frittering away 52% of the audience that had pulled up a chair for "The Voice" from 8-10 p.m.

The previous year, "Blindspot" averaged a 1.8 in the demo (that improved to a 2.5 upon conversion to the C3 currency), while earlier occupants "The Blacklist" (2.9) and "Revolution" (2.6) were among the top-rated shows in their respective freshman outings.

NBC looks to reverse last season's slide with "The Brave," a military drama starring Mike Vogel ("Under the Dome") and Anne Heche. One of a number of new armed-forces projects in the works for next fall, "The Brave" features a cast of square-jawed commando types who specialize in neutralizing high-value terrorist targets. Originally titled "For God and Country," "The Brave" could either be red meat for Red State viewers or merely a continuation of the sort of two-fisted intrigues NBC had aired in the slot in previous seasons.

ABC counters with one of the more intriguing (if not wholly credible) premises laid out in the upfronts. Starring Freddie Highmore ("Bates Motel") as a young pediatric surgeon who's been diagnosed with autism, "The Good Doctor" can be seen as a sort of radical enhancement of the poorly-socialized-medical-genius tropes made familiar by shows like "House" and "Bones." (As it happens, co-executive producer David Shore was the creator of "House.") While the older-skewing "Dancing with the Stars" offers a broad lead-in, that won't necessarily translate to a bump in the all-important demo. Then again, given how poorly "Conviction" (0.7) and "Quantico" (0.6) fared in the time slot, even a modest 1.0 rating would be seen as a minor victory.

Prediction: "The Good Doctor" likely will put up stronger numbers among women at the upper reaches of the 18-49 demo, while the slightly generic "The Brave" guts out a 13-episode order before giving way in midseason to "Rise," a musical drama that's more in keeping with NBC's brand. Neither fall show is the answer to the 10 p.m. conundrum.

In what may well be the most puzzling development of the coming season, three of the Big Four networks appear to have forgotten what happened when they all set up a Tuesday night comedy roadblock back in the 2012-13 season. In what amounted to a war of attrition set to a laugh track, Fox, ABC and NBC flung a bunch of their most promising sitcoms at each other and when the smoke cleared, four of the six shows were dead.

And while Fox's "New Girl" and "The Mindy project" lived to fight another day, theirs was a Pyrrhic victory. In defiance of logic and the old saw about history and those forgetful souls who are doomed to repeat it, the three nets went right ahead and scheduled another chuckle cluster the very next season. When all was said and done, Fox's shows lost 25% of their targeted audience and NBC and ABC were both down another comedy each.

This time around, the three networks appear to have set up one of those word problems where two trains are heading toward one another at varying rates of speed and you have to figure out when might be the best time to call the county morgue to tell them that they're in for a long night. Two already marginal shows ("Superstore" and "The Mick") are about to run headlong into ABC's fourth highest-rated comedy — which, to be fair, will no longer be buttressed by "Modern Family" as a lead-in. This is the very definition of Mutually Assured Destruction.

If that weren't bad enough, NBC and Fox at 9:30 p.m. are more or less arming two of Mike Schur's babies and ordering them to fight to the death in front of the baby spawned by the guy who played Thomas Jefferson in "Hamilton." (Schur is the creator and co-executive producer of newly-minted combatants "The Good Place" and "Brooklyn Nine-Nine." Daveed Diggs is the ep on ABC's new comedy "The Mayor.")

Prediction: This will end in tears. More likely than not, either Fox or NBC will decide to revisit the roadblock strategy when the first few batches of live-same-day data start coming in this fall.

In a sense, this may turn out to be a less-than-competitive hour, if only because the target audiences for these three shows are so wildly divergent. "SEAL Team" is another exercise in scripted military might, only the CBS version stars TV's David Boreanaz and, in a reveal that left many in Carnegie Hall loud-whispering "That's Megan Draper!" to his or her seat mate, Jessica Paré.

Developed by the producers who brought you "The OC" and "Gossip Girl," "Dynasty" is a reboot of the '80s Aaron Spelling sudser designed to appeal to an audience that has no idea who Joan Collins and Linda Evans are, and "Star" is Lee Daniels' follow-up to "Empire." Unless you're an R&B aficionado who also enjoys G.I. Joe action figures and ironically-staged catfights, there's almost no chance that you haven't already decided which of these three shows you'll be watching come September.

Fox has finally come around to the idea of using still-potent "Empire" as a lead-in, and even though its fortunes are fading (its live-same-day deliveries are down 39% versus last season), it remains the top-rated broadcast drama. But is a push from Cookie and Co. going to be enough to take "Star" from a mid-tier performer to a superstar? Considering that the last show to enjoy significant season-to-season growth was, well, "Empire," that seems unlikely.

"SEAL Team" inherits a time slot that still benefits from the indefatigable "Survivor," and CBS will promote it relentlessly during its Sunday and Thursday night NFL broadcasts. And after screening "Dynasty," we can say with complete confidence that we'll probably not be saddled with a "Falcon Crest" remake any time soon.

Prediction: Again, these audiences couldn't possibly be any more dissimilar, but all things being equal (and bearing in mind that a 30-second spot in "SEAL Team" will run about one-half the cost of a unit in "Star"), CBS takes the hour.

Daffy gold-digging cocktail enthusiast Karen Walker will want to keep an emergency reserve of hooch at the ready when "Will & Grace" squares up with broadcast's top-rated scripted series, because the lady's going to be in need of some serious Pain-Go-Bye-Bye Juice once the CBS nerd herd has had its way with her and her recently-revived pals. "The Big Bang Theory" over the last several seasons has made short work of pretty much everything it competes against -- this season it tripled the deliveries of NBC's "Superstore," and the comedy hereafter is lousy with hilarious shows like "Community" and "30 Rock" that had the temerity to go toe-to-toe with Sheldon and the gang.

Yes, the "Will & Grace" finale scared up a massive 18.4 million viewers and an 8.4 in the demo, but that was 11 years ago, and the first leg of the reboot will be lucky to put up a quarter of those numbers.

Meanwhile, barring an unforeseen catastrophe, the "Big Bang" prequel "Sheldon" would seem poised to do what so many lead-outs have failed to achieve over the last several seasons: retain more than half of the 8 p.m. show's massive audience. Look for "Sheldon" to cast a towering, dorky shadow over "Great News," a genial comedy that is currently averaging a 0.8 rating and was only renewed because Universal owns it and nobody wants to piss off Tina Fey.

Prediction: NBC entertainment chairman Bob Greenblatt is positioning the "Will & Grace" revival as a limited 10-part season, one that he'd be happy to extend if there's sufficient demand for more episodes. Unless he moves it out of harm's way, "Will & Grace" will go the way of failed reboots like "The Muppets," "Ironside" and "Mockingbird Lane."

Just as no comedy should want to have to compete directly with "The Big Bang Theory," then have mercy on the drama that finds itself in a clinch with last season's bust-out hit, "This Is Us." The rare freshman series to build an audience as the season went on, "This Is Us" topped out on March 14 in front of 12.8 million viewers while serving up a 3.4 in the demo.

"Scandal," for its part, has been on a downward trajectory for some time now, and in its penultimate season the Beltway potboiler saw one-third of its targeted deliveries go up in smoke.

If "Scandal" manages to pick up steam as it heads to its inevitable conclusion, Fox's new Seth MacFarlane caper may just come to a simmer. Fox hasn't had much luck in this time slot since fans of teenage angst first heard the words "Welcome to the OC, bitch!" and the recipient of said kiss-off (Ben McKenzie, a.k.a. Ryan Atwood aka Detective James Gordon) is unlikely to provide much support as a lead-in to MacFarlane's "Galaxy Quest"-"Star Trek" mashup, "The Orville." While fans of "Family Guy" and those movies with the pottymouthed teddy bear will sample the pilot, "The Orville" seems destined to be lost in space.