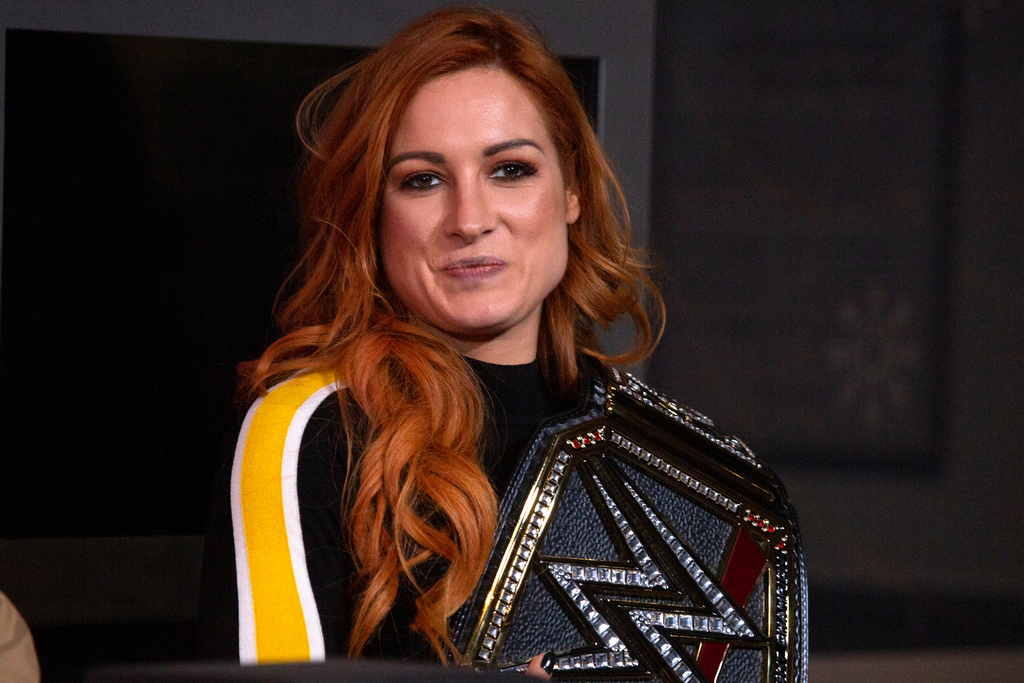 While “SmackDown Live” fans are unlikely to see Progressive spokesperson Flo finish off Becky Lynch with a Tombstone Piledriver or shut down Roman Reigns with a deftly applied folding chair to the noggin, the insurance company is about to assume a prominent role in the ring as WWE brings its sports-entertainment franchise to Fox.

Progressive has signed on as the presenting sponsor of the two-hour wrestling showcase, which bows Friday, Oct. 4 on Fox. Sporting the new handle “Friday Night SmackDown,” the show returns to the broadcast airwaves after nearly a decade on the NBCUniversal Cable roster.

The Progressive deal was hashed out by Fox Sports executive VP, sports sales Seth Winter, whose affiliation with Vince McMahon’s juggernaut stretches back to the 1980s, when he sold inventory in the then-WWF’s “Championship Wrestling” show on WOR-TV in New York. Winter says that integrations will play a significant role in Progressive’s backing of “Friday Night SmackDown,” adding that the in-show features that will define this immersive sponsorships are likely to evolve over time.

Other key brands that will be involved in next week’s launch include Pizza Hut, Boost Mobile, Snickers and Paramount, which drops the Will Smith sci-fi thriller “Gemini Man” on Oct. 11. Another upcoming Paramount release that is expected to get a lot of play on Fox’s WWE broadcast is the Nov. 8 comedy “Playing with Fire.” A hybrid of “Backdraft” and “Adventures in Babysitting” (no, really), the film stars WWE superstar John Cena.

According to Winter, the aforementioned sponsors will “have a significant presence in the show that goes beyond paid units.” That so many advertisers have negotiated for prime positioning within “Friday Night SmackDown” is a function of the size of the multigenerational audience Fox aims to reach in its WWE window.

Working for the Weekend

Over the last two years, the Fox Sports team has leveraged the words “Fox Owns the Fall” as a catch phrase and a rallying cry of sorts during its interactions with media buyers and advertisers. (As Fox Sports CEO and Executive Producer Eric Shanks notes in his pitches to the marketplace, American consumers people spend about $300 billion more in the 20 weeks that coincide with football season than they do the during rest of the year. And when America has its wallets and purses out, Fox Sports is in a position to reach more of these consumers than any other network.) With the addition of the WWE’s live programming to its primetime schedule, Fox looks to cement its status as the top supplier of GRPs by owning four consecutive days in every week.

In the three weeks since the season kicked off, Fox’s NFL coverage has served up some 140 million impressions for “SmackDown” promos, according to iSpot.tv estimates. A more proximal promotional onslaught begins later this week, when the Eagles and Packers break the seal on the network’s second season of “Thursday Night Football.” The WWE will get another big nudge on the eve of the “SmackDown” premiere, as the Rams and Seahawks meet in the Oct. 3 installment of “Thursday Night Football.”

All of which is to say that Fox is doing everything within its power to drive viewers to its new primetime wrestling block. Last season, the network’s Friday night lineup averaged a 0.8 rating in the dollar demo, which worked out to a hair over 1 million adults 18-49 per night. According to media buyers surveyed after the 2018-19 upfront, the going rate for a unit in Fox’s Friday night comedy/drama/“MasterChef” soufflé was $73,463 a pop.

Winter elected to not disclose what sort of ratings guarantees he’s offering “SmackDown” advertisers, but a 1.0 target for the time slot (or a 25 percent year-over-year increase) is more than reasonable. CBS, which enjoys considerable reach with its older-skewing Friday night drama slate, last season averaged a 0.9 in the 18-49 demo and a 1.3 among its core audience of adults 25-54. NBC and ABC, which program a mix of scripted series and newsmagazine shows on the night, both eked out a 0.5 on Fridays last season.

In the last four months, “SmackDown” has averaged a 0.6 rating on USA Network, where it occupies the Tuesday 8 p.m. slot. Such a number would be considered a failure at Fox, which is available in nearly 30 million more homes than the cable channel.

Fox did not disclose its average unit cost for “SmackDown,” but a rate increase that’s concomitant with a 25 percent boost in the time slot’s deliveries works out to $92,000 per 30-second spot. The lion’s share of the units were sold during the upfront by Fox’s entertainment sales team, while Winter’s Fox Sports crew negotiated the sponsorships.

A stranglehold on QSR dollars

Winter says that demand for Fox’s new WWE package was sufficient in recent months to bring into the fold 20 sponsors that had perviously never bought time in a wrestling program. Among the categories that have been flocking to “SmackDown” are the usual suspects that congregate wherever younger viewers are expected to show up: movies, quick-serve restaurants, telecom, tech and insurance.

Winter fully expects “SmackDown” to enjoy demo dominance on Friday nights, and he’s not terribly concerned that the show will have a hard time finding an audience on a night in which usage among younger viewers is at an all-time low. “We want to seize the night. If you program for that demo, they will come,” he says, adding that the WWE’s massive social media presence should go a long way toward driving fans to broadcast TV.

As an extra incentive for younger wrestling aficionados who have developed an allergic reaction to traditional advertising, Winter says Fox “may look at reducing inventory loads” during the “SmackDown” broadcasts, with an eye toward cutting the amount of spots by somewhere “in the 10-to-20-percent range.” And while the double-box commercial format has become a staple of Fox’s NFL and Major League Baseball broadcasts, Winter says that particular innovation isn’t likely to find its way into “SmackDown.”

Once a misunderstood property, the WWE has become so user-friendly that some brands have given the company the go-ahead to integrate babyfaces and heels alike in their core creative. For example, in a spot designed to tie in with WrestleMania 32, Mars and BBDO signed off on a WWE-produced adaptation of Snickers’ long-running “You’re not you when you’re hungry campaign” that featured the legendary grappler Ric Flair; his daughter, “SmackDown” wrestler Charlotte Flair; and yo-yo-ing WWE personality Zack Ryder.

The switch to a PG content rating has gone a long way toward drawing blue chip advertisers to the sports-entertainment franchise, says John Brody, the WWE’s executive VP of global sales. “That pivot to more family-oriented programming allowed us to communicate with advertisers in a certain way that wasn’t viable previously,” Brody says. “Over the last several years we’ve really been working to evolve the connection we have with our partners, and since 2010 our sponsorships have quadrupled.”

Brody says that one of the WWE’s most potent weapons is to be found in the person of Stephanie McMahon, the company’s chief brand officer. McMahon, who also plays a highly visible on-screen role within the WWE universe, has initiated a series of what she calls “Lunch and Learns,” shorthand for informal sit-downs designed to further open the lines of communication between the WWE and its advertisers, thereby giving the sales team a more comprehensive understanding of the objectives brand partners look to achieve with their wrestling-targeted dollars.

McMahon’s mastery of the lingua franca of the marketplace was on display in April, when she appeared on a panel alongside Fox Sports personalities Terry Bradshaw, Alex Rodriguez, Cris Carter and Urban Meyer during the unit’s invite-only upfront pitch in New York’s SoHo district. Following a sizzle reel displaying some of the year’s most electrifying moments in sports, McMahon told the crowd of buyers and advertisers that her team planned to deliver a similar grade of goosebumps when it took over Fox’s Friday night roster.

“With WWE we can script those big moments, because we’re storytelling,” McMahon said. “We can script the touchdown, we can script the buzzer beater. Audiences watch for different reasons and on different platforms, but no matter where they are, you need to entertain them. That’s the game, right there. And we can make those moments happen, those memories that last a lifetime.”

Among the WWE veterans who’ll come out to help Fox make some new memories next week are Mick Foley, Hulk Hogan, Goldberg, Jerry Lawler and Ric Flair. While many other opening night appearances are being kept under wraps, keep an eye peeled for the trash-talking Goliath who is now the WWE’s most storied alum, as Dwayne “The Rock” Johnson may very well look to pop in on the 20th anniversary of “SmackDown” and promote his upcoming Disney flick, “Jungle Cruise.”