As the Blues reverse the curse, hockey has its biggest night in nearly 50 years
READ THIS NEXT
Balancing consumer needs with campaign performance 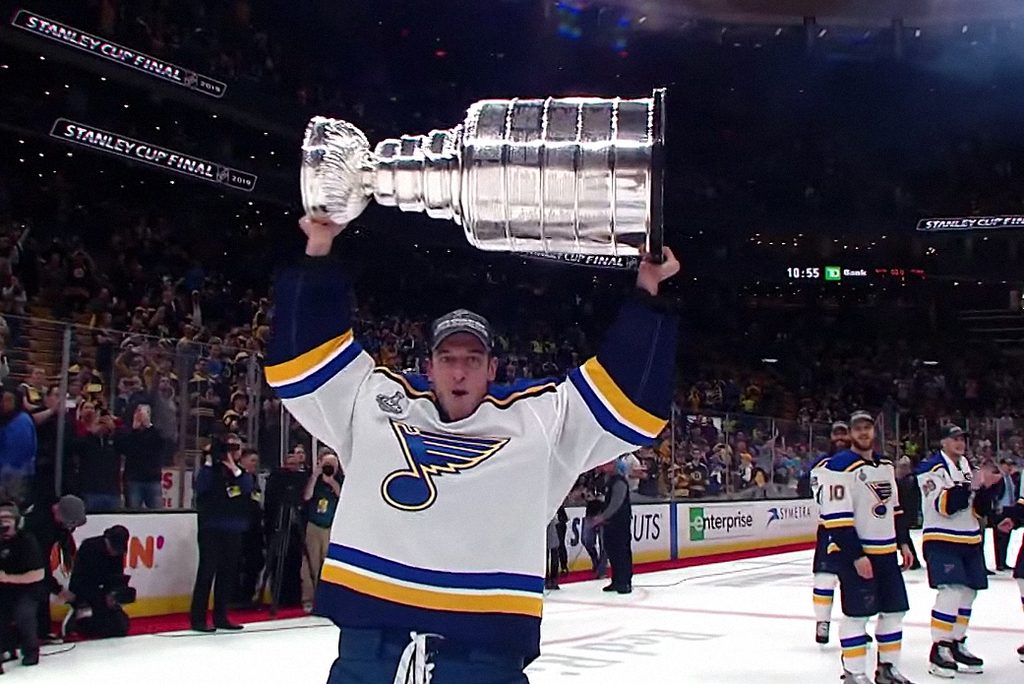 While Boston sports fans robbed of the chance to indulge in their third victory parade in the last 230 days were devastated by the way the 2019 Stanley Cup Final closed out, advertisers who took the plunge in Game 7 couldn’t have been more pleased with Wednesday night’s results.

According to Nielsen live-plus-same-day data, NBC’s broadcast of the St. Louis Blues’ 4-1 win over the Bruins averaged a whopping 8.7 million linear TV viewers and a 4.9 household rating, making it the most-watched NHL game of the modern Nielsen era, and the fourth most-watched in the history of television. When streaming impressions were folded into the mix, the historic showdown averaged 8.9 million viewers altogether.

The size of the Game 7 audience dwarfed the turnout for nearly every entertainment broadcast that NBC aired during the 2018-19 season. All told, only seven episodes of NBC’s scripted series topped Wednesday night’s deliveries; these include the series premiere of “Manifest,” three installments of “This Is Us” and three hours of “Chicago Med.”

In winning its first NHL title in their 52nd year in the league, the Blues erased NBC’s previous high of 8.5 million viewers and a 4.8 rating, which the network posted during Game 7 of the 2011 Bruins-Vancouver Canucks Final. Boston won that game on Vancouver’s home ice by a 4-0 margin.

While last night’s showdown drew a larger overall audience than the game that aired eight years ago, the Blues-Bruins broadcast didn’t fare nearly as well in the dollar demo. Wednesday’s game scared up 3.48 million adults 18-49, or a 2.0 rating, about 1 million viewers shy of the 4.45 million demographically desirable viewers that tuned in for Game 7 of the 2011 Final. Much of this has to do with the greying TV audience; per Nielsen, the median age of the viewers who watched NBC’s Stanley Cup broadcasts this year was 51.9 years, up from 44.7 in 2011.

Including the average digital impressions delivered over the course of the series, the seven-game Stanley Cup set averaged 5.47 million viewers and a 3.0 household rating.

Anyone looking to find the NHL games that posted bigger numbers than Wednesday night’s broadcast has to go back nearly 50 years, when Nielsen gathered all of its audience data by way of its paper diaries.

In an archaic process in thrall to the infirmities of the human memory and the honor system, members of the company’s viewer panel each week would list the programs they watched in a festive little booklet, before mailing their submissions back to Nielsen HQ via the U.S. Postal Service.

The most-watched, highest-rated broadcast of the pre-modern Nielsen era aired on May 18, 1971. Montreal’s 3-2 victory over Chicago in Game 7 of that long-ago Final averaged 12.4 million viewers and a 20.6 rating on CBS. (Here's how long ago that was: the man who scored the deciding goal, Henri Richard, recently celebrated his 83rd birthday.)

Per iSpot.tv estimates, the brands with the greatest investment in Game 7 include Volkswagen, Honda, Geico, Discover Card, Apple, Google, Samsung Mobile, Tide, Universal Pictures (“Fast & Furious Presents: Hobbs & Shaw,” “The Secret Lives of Pets 2”) and Lexus. Buyers reported that the going rate for a 30-second slice of national inventory during the game was around $240,000 a pop. In keeping with the bonus eyeballs a seventh game all but guarantees, NBC’s in-game pricing marked a 30 percent premium compared to the average unit cost for Game 1.