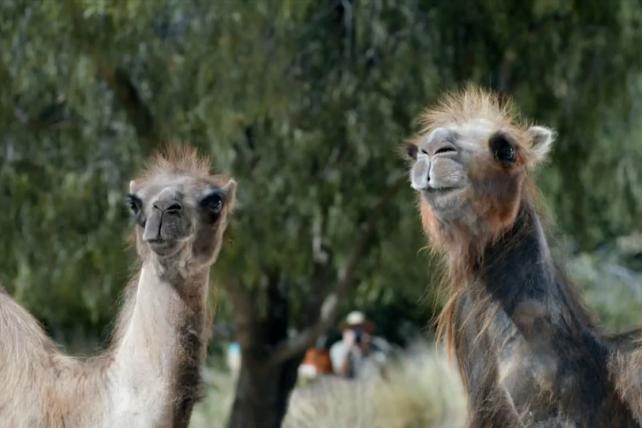 A scene from a Geico TV ad. The marketer is trying a new tactic on radio, borrowed from digital media.
Credit:

Katz Radio Group is starting to sell radio spots on its programmatic exchange, with Geico making the first buy this week.

Katz sells ad space on behalf of radio networks like CBS, Cumulus, Entercom, iHeartMedia and Cox Media Group, among others. It represents more than 3,000 radio stations.

Its exchange, dubbed "Expressway from Katz," is designed to make radio more attractive to media buyers and advertisers and easier to buy, said Mark Rosenthal, CEO, Katz Radio Group. Ultimately, the hope is it will drive more dollars into radio.

The exchange, which does not include real-time bidding, is focused on automating the buying process and improving the efficiency of radio buying. But there are plans to layer in data to allow advertisers to better target listeners.

"Initially, and not insignificantly for radio, it's about automating a process that's extremely labor intensive and can get in the way of buying," Mr. Rosenthal said.

What makes the exchange interesting for advertisers is the sheer number of radio networks Katz represents, said Lauren Russo, senior VP-managing director, audio and promotions, Horizon Media, which bought the spot for Geico.

"This brings a greater accountability and transparency to radio, real-time monitoring and streamlines the process," Ms. Russo said. It also provides the opportunity to optimize buys and achieve a greater return on investment, she added.

"This platform will give us better visibility into what programs, stations and day-parts have the best opportunity for increased engagement to further reinforce the value of audio as a key driver in our marketing mix," Ted Ward, VP-marketing, Geico, said in a statement.

The inventory for the initial buy from Geico is being supplied by Entercom, whose portfolio includes 125 radio stations.

It is up to the radio groups that Katz represents to determine which inventory and how much they will make available and how it will be priced, Mr. Rosenthal said.

Katz isn't the only one attempting to bring programmatic selling to radio. WideOrbit and Marketron are also experimenting with programmatic exchanges.

And iHeartMedia, the parent company of Katz, also announced a programmatic exchange in April that will automate sales for ad inventory across its 850 stations.

Expressway from Katz remains in the pilot stage with plans for a full roll-out in early 2016.

Correction: An earlier version of the story said Expressway from Katz included real-time bidding. It does not.