Get your brand in the game with sports engagement

Whether it’s watching America’s favorite pastime, looking forward to the Olympics or catching your favorite college team in the national championship (go Friars), nearly everyone tunes in to live sports. In fact, 70% of DirecTV viewers watch at least three hours of sports per week, according to internal DirecTV Data. Sports provide us with excitement, suspense and a reason to gather with family and friends.

Even as viewership shifts across services and platforms, sports remain a powerful tool for brands to reach an engaged, broad audience. As a result, having your message reach the right audience at the right moment has never been more important, but also more complex.

While viewership on streaming services and connected TV (CTV) devices has grown exponentially in the past couple of years, fragmentation remains a huge threat to sports viewership, especially for the casual sports viewer. Nearly half of all viewers say it’s hard to find the video content they want to watch because there are too many services to pick from. In order to catch their favorite professional, college or international sports teams, viewers often need to pay for multiple streaming services simultaneously.

An engaged sports community
But here's the thing. Whether they’re casual or avid sports fans, viewers tend to be emotionally and psychologically invested when they’re watching live sports. In fact, avid sports fans spend 59% more time with content than the average viewer, according to Nielsen. Avid sports fans are also 28% more likely than the average adult to pay attention to commercials on both network television and streaming services, according to a MRI-Simmons USA study. That means the chances increase that a consumer will connect with an advertisement when the ad is shown during a live sports game.

Marketers also can explore such data-driven solutions as addressable to engage with sports enthusiasts wherever they’re consuming content—even when they aren’t watching live sports programming. Employing addressable as a part of an overall media mix can help drive consumers down the purchase funnel and increase the effectiveness of a marketer’s media spend.

This shift was most notable during the 2022 Winter Olympics in Beijing. While NBC had slowly shifted programming to its streaming service Peacock, this was the first time that viewers didn’t need a cable or satellite subscription to watch all of the prime-time Olympics events and could choose how they wanted to watch. Over the past couple of years, we have also seen streaming services gain exclusive rights to sporting events, as seen with Amazon and Thursday Night Football.

In an environment of great fragmentation, virtual multichannel video programming distributors (vMVPDs) and aggregators provide value for both consumers and marketers alike. By offering content across national, regional and out-of-market games, distributors like DirecTV Stream offer a comprehensive destination for tentpole sporting events.

Get the ball rolling
Given their frequent viewership, engaged audiences and offerings across broadcast and streaming platforms, live sports still present a unique opportunity for marketers. Not only is a majority of TV viewers consuming live sports content each week (sports were responsible for 23 of the top 25 rated cable programs in 2021, according to Nielsen), but live sports viewers also tend to be more engaged, which means less multitasking and more attention to the on-screen programming.

And with addressable advertising, data-driven solutions and dynamic ad opportunities within streaming environments, marketers can further maximize the value of live sports, while meeting audiences on their favorite platforms. That means they can create meaningful brand-to-consumer connections and engagement.

DirecTV Advertising is a pioneer in the converged addressable space, delivering industry leading audience-based, digital, and innovative media solutions. Employing our decades of experience, we empower advertisers to address and engage their audience at scale while continuously measuring campaign impact against brand goals to unlock insights and optimize future campaigns. 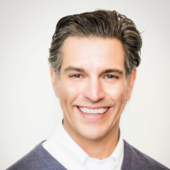 Jason is group VP, agency partnerships at DirecTV Advertising. He is a graduate of Providence College with a master’s in sports science from Colombia University.