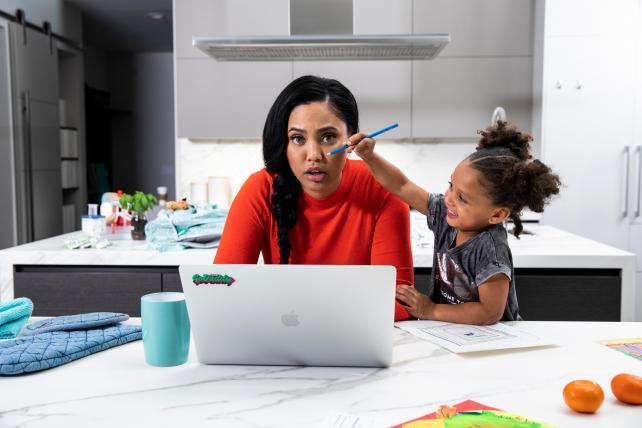 Ayesha Curry is the newest face of GoDaddy.

The food entrepreneur (and wife of NBA star Stephen Curry) will star in GoDaddy's new marketing campaign that looks to inspire budding entrepreneurs to turn their ideas into reality.

Curry, who got her start as an entrepreneur with a food blog and YouTube channel, now hosts cooking shows on Food Network and ABC; owns a restaurant; has her own line of cookware; wrote a best-selling cookbook; and boasts more than 7 million followers on social media. (Curry was also named the face of CoverGirl last year.)

Cameron Scott, chief brand officer of GoDaddy, did not reveal plans for the creative featuring Curry, but said it will be rooted in helping people create their own path and follow their entrepreneurial passions. Curry joins former racecar driver Danica Patrick, who was first signed as a spokesperson in 2006. GoDaddy is looking to line up more endorsers in its ads, says Scott.

There's also a chance Curry and Patrick will appear in some marketing material together. Curry will also announce her next food-related venture in 2019 that GoDaddy will fuel, says Scott.

GoDaddy, once known for its risqué Super Bowl ads, has not made a decision yet on whether or not it will advertise in the Big Game. The company sat out Super Bowl LII, instead choosing to reunite with Patrick to sponsor her final races.