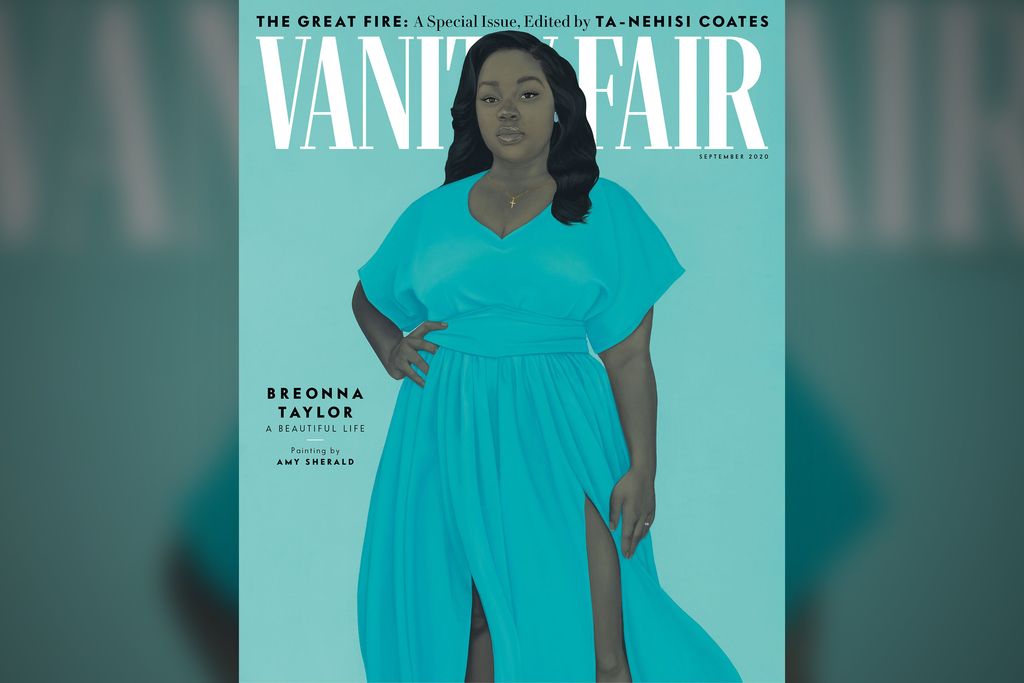 A portrait of Breonna Taylor appears on the cover of September’s Vanity Fair, a special issue titled “The Great Fire.” A statement shared on social media by the Condé Nast monthly sets the context:

Five months have passed since police killed Breonna Taylor in her own home, a violent crime that our September issue guest editor Ta-Nehisi Coates ascribes to a belief in Black people as a disaster, as calamity. “I don’t know how else to comprehend the jackboots bashing in Breonna Taylor’s door and spraying her home with bullets, except the belief that they were fighting some Great Fire—demonic, unnatural, inhuman.”

Coates chose the “The Great Fire” as the theme for the issue, which assembles activists, artists, and writers to offer a portrait of hope in a world where the possibility of a legitimate anti-racist majority is emerging for the first time in American history. “Something is happening,” writes @tanehisipcoates, “and I think to understand it, we must better understand the nature of this Great Fire.”

For his cover story, Coates tells Breonna’s story through the words of her mother. Also in the issue: an oral history of the historic days after George Floyd’s death; a portfolio of creatives and visionaries who capture the spirit—and urgency—of the moment; director @ava DuVernay’s conversation with revolutionary Angela Davis; and much more.

The portrait of Taylor is by Amy Sherald, a Baltimore-based painter whose portrait of Michelle Obama is on display at the National Portrait Gallery in Washington, D.C.

Read Coates’ story: “The Life Breonna Taylor Lives, in the Words of Her Mother.”

Previously: “I cry for justice in her name’: Oprah honors Breonna Taylor on the cover of her magazine.”