Are TV networks getting a case of the Mondays when it comes to Thursdays?

In 2010, "American Idol" moved to Thursday, long considered the most important night of the week for advertisers. Just two years later, ad buyers are questioning the lasting value of the evening, once considered sacrosanct in the TV business.

An AdAge look at projections for household commercial ratings for various programs for the 2012-2013 TV season reveals many of the programs expected to generate the most viewers of advertising do not air on Thursday. Ad buyers say the night remains significant to advertisers, but suggest its overall important is starting to diminish as more viewers record their favorite programs to watch days later.

"There is still importance to the night, and a lot of clients will continue to say that ," said Sam Armando, senior VP- director of strategic intelligence at SMGx, a unit of Publicis Groupe devoted to media research. "But I think as an industry, we have to understand what viewing is taking place on Thursday -- is it time-shifted or is it live? -- and then act accordingly." Because TV networks continue to generate commercial ratings from people who watch a TV show (and don't skip the commercials that accompany it) as many as three days after it airs, he said, more networks may want to place their most important programs on Mondays and Tuesdays so they build viewership through the rest of the week.

To be certain, Thursday night remains a crucial promotional perch for several important ad categories. Movie studios need the evening to rally viewers to attend Friday and Saturday screenings on opening weekends for big films. Retailers who often have weekend sales or specials use Thursdays to alert consumers to what's happening at their stories. Automakers want to inspire viewers to take a weekend test drive. For that matter, any number of marketers who want to influence weekend warrior behavior typically use Thursdays to do so (Friday, after all, attracts fewer viewers).

And demand for the night remains high. At CBS, advertiser demand for Thursday-night programming was "quite high in the upfront," according to a CBS spokeswoman, with movie studios, retailers and technology marketers eager to place ads in the network's lineup. CBS earlier this year said it would move "Two and a Half Men," a sitcom that is maturing but has long been the most expensive program on the network for advertisers, to Thursdays at 8:30 p.m. The sophomore outing of "Person of Interest" is expected to increase its commercial ratings in the coming season, according to the Ad Age survey.

Even so, the rise of musical competitions that often air multiple episodes each week, along with continued viewer interest in big procedural dramas have left Thursday looking a little diminished.

On CBS, for example, Sunday's "60 Minutes"; Tuesday's"NCIS"and "NCIS:Los Angeles"; and even "The Mentalist," which is being moved to Sundays from Thursdays, are all projected to generate greater household commercial ratings than any member of CBS's looming Thursday-night slate of "Big Bang Theory," "Two and A Half Men," "Person Of Interest" and "Elementary." On ABC, both editions of "Dancing with the Stars" on Mondays and Tuesdays; "Modern Family" on Wednesdays; and "Castle" on Mondays are expected to generate more commercial viewing than any of the Walt Disney network's Thursday-night offerings, which consist of new show "The Last Resort"; veteran "Grey 's Anatomy"; and sophomore drama "Scandal." 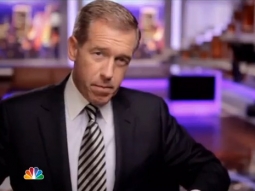 Is this the face of TV's new Thursday night?

Most telling, perhaps, is NBC's decision to run the relatively low-rated newsmagazine "Rock Center" on Thursdays at 10 p.m. this fall, along with a passel of sitcoms like "30 Rock," "Up All Night" and "The Office" whose commercial ratings are expected to be less than those of its rivals for the evening. When the schedule was announced in May, one ad buyer referred to the maneuver as "the strangest strategic decision of the season." Indeed, of the four big broadcast networks, NBC is projected to have the lowest commercial ratings of the night.

In remarks made to reporters in May, NBC Entertainment Chairman Robert Greenblatt said the presence of "Sunday Night Football" and "The Voice" earlier in the week meant NBC, still trying to turn its ratings around, had more momentum on Sundays, Mondays and perhaps Tuesdays. After running football and "The Voice," he said, "we really focus on Tuesday and Wednesday and you just, the further you get from the Sunday, Monday, you know the harder it is to keep the momentum going." The network realizes "we can't do everything all at once," he added.

Thursday was once NBC's crowning night, boasting a schedule filled with top-rated programs like "Seinfeld," "Cheers," "ER" and "The Cosby Show." CBS once filled Thursdays with "Magnum P.I.," "Knots Landing" and, more recently, "Survivor" and the original "CSI" (both moved to other nights after maturing). ABC used Thursdays to screen such boob-tube favorites as "Mork & Mindy" and "Barney Miller."

In recent seasons, however, the advent of Fox's "American Idol," ABC's "Dancing with the Stars" and NBC's The Voice" have changed the flow of the week. Each show takes up two different programming nights, and building momentum means starting earlier than Thursday night.

Ad-buying executives predict new ways of watching video entertainment will only further disrupt long-held conventions about how TV ought to be programmed. SMGx's Mr. Armando believes advertisers will begin to focus not necessarily on the programs that air Thursday nights, but the actual programs being watched on Thursdays, which might include a favorite Monday sitcom sitting on a digital video recorder or something selected from video-on-demand or a streaming service like Netflix. Rino Scanzoni, chief investment officer for WPP's Group M, believes so-called linear viewing, or watching on a day-and-time basis, is largely bound to vanish.

And with that , he suggested, Thursday night may become like any other day of the week. "This whole 'watercooler' program thing, where people need to watch, that 's going to be diminished," he said. "I don't think that people feel the need to watch something on a linear basis outside of certain events where there's a lot of social chatter while the broadcast is taking place or a sports competition."

With that sort of thinking on the rise, who's to say Monday or Tuesday isn't just as good as Thursday?