HBO has named 360i to create a social media campaign, supplementing the work the network handles internally. 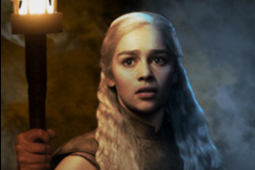 The move comes as Netflix is beginning a long-awaited integration with Facebook.
Credit:
HBO

HBO brought its social media marketing in-house in 2007 after it tapped Sabrina Caluori as VP of social media and performance marketing; Ms. Caluori arrived from Deep Focus, which had been handling those duties for the network.

"HBO strongly believes that the practice of social media belongs as an internal capability but sees the value in supplementing internal thought leadership with outside sources like those at 360i," Ms. Caluori said in an email.

The assignment comes as Netflix, which often names the HBO Go streaming video app as its biggest competitor, is finally introducing an integration with Facebook, allowing users to see what their friends are watching on Netflix.

HBO has been aggressive in its social media campaigns for hits such as "Game of Thrones" and "Girls." Most recently it experimented with Tumblr to curate fan-generated 'Girls' GIFs. It also introduced a Pinterest account for "Girls," curated by Jenn Rogein, the series' costume designer.

HBO's social media presence is especially important in driving weekly viewership and promotes live viewing parties, Ms. Caluori said in a recent interview. She also credited the week-to-week conversation taking place on social media for the awareness and discovery of "Game of Thrones," allowing viewers to digest the epic storyline and debate what will happen next.

~ ~ ~
CORRECTION: An earlier version of this story incorrectly said HBO had named 360i its social media agency of record, taking on duties that had been handled internally. The agency has instead been hired for a campaign supplementing HBO's internal capabilities.