Her title will be counselor to the president
READ THIS NEXT
‘America Must Change’: The story behind Time’s latest cover artwork 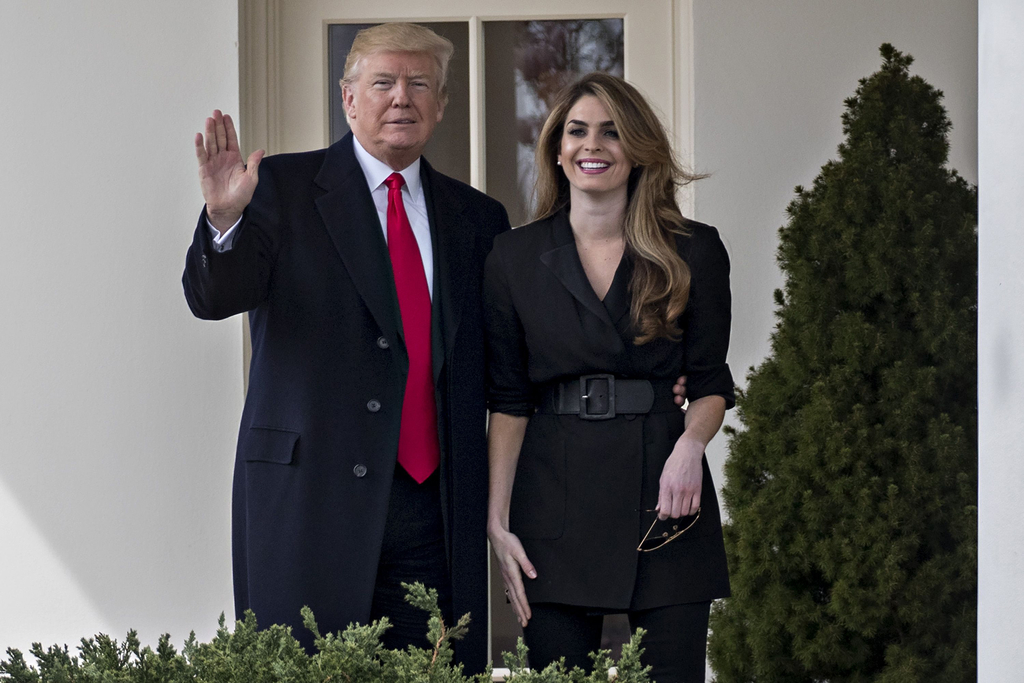 President Trump and Hope Hicks at the White House during her previous tenure there.

Former White House aide Hope Hicks is returning as a senior adviser to President Donald Trump, reuniting him with one of his closest confidants as his re-election campaign accelerates.

Hicks’s title will be counselor to the president, and she’ll work with Trump’s son-in-law and senior adviser Jared Kushner and White House director of political affairs Brian Jack. Their projects will include coordination with Trump’s re-election campaign, one of the people said.

“There is no one more devoted to implementing President Trump’s agenda than Hope Hicks,” Kushner said in a statement. “We are excited to have her back on the team.”

Hicks left the White House in 2018, the day after she testified before the House Intelligence Committee and admitted to occasionally lying in the course of her job as Trump’s communications director. She joined Fox Corp. as an executive vice president and chief communications officer for the parent company of Trump-friendly Fox News.

Trump regarded Hicks as one of a handful of reliable confidants during the tumult of his shoestring 2016 campaign and the beginning of his administration. She sat directly outside the Oval Office and enjoyed unique access to the president.

When Hicks departed, Trump issued a statement saying he would miss “having her by my side” but was confident “we will work together again in the future.”

“I have worked with Hope for almost six years and can say without hesitation she is one of the most talented and savvy individuals I have come across,” Grisham said in a statement. “She has always impressed me with her quiet confidence, loyalty and expertise, and I am beyond thrilled to welcome Hope back to the White House.”

Hicks left the White House under scrutiny both for her role in Special Counsel Robert Mueller’s investigation of Russian interference in the 2016 election and her relationship with Rob Porter, the former White House staff secretary who resigned following allegations he had abused two ex-wives. Hicks said she had never been untruthful in her testimony to the special counsel and to Congress.

Her decision to leave the administration was driven in part over concern with mounting legal bills accrued in the course of the Russia investigations, one person familiar with the matter said. She also told friends she was frustrated with rumors and negative news stories that she said made it hard for officials to concentrate on long-term projects.

She has been an occasional presence in Trump’s orbit since leaving the White House. Months after her departure, Hicks traveled with the president from his Bedminster resort in New Jersey to a political rally in central Ohio.

A former model, Hicks worked at the Trump Organization before becoming the chief spokeswoman for the president’s 2016 campaign. She assisted Trump’s daughter, Ivanka, on her personal apparel brand at the company.