How Esquire’s moody, poetic (and socially-distanced) The Weeknd cover came together

Bicoastal Zooms enabled the photo shoot and interview for the September issue
READ THIS NEXT
Warner Bros.’ 2021 films to hit both HBO Max and theaters in move that rocks film and streaming industries 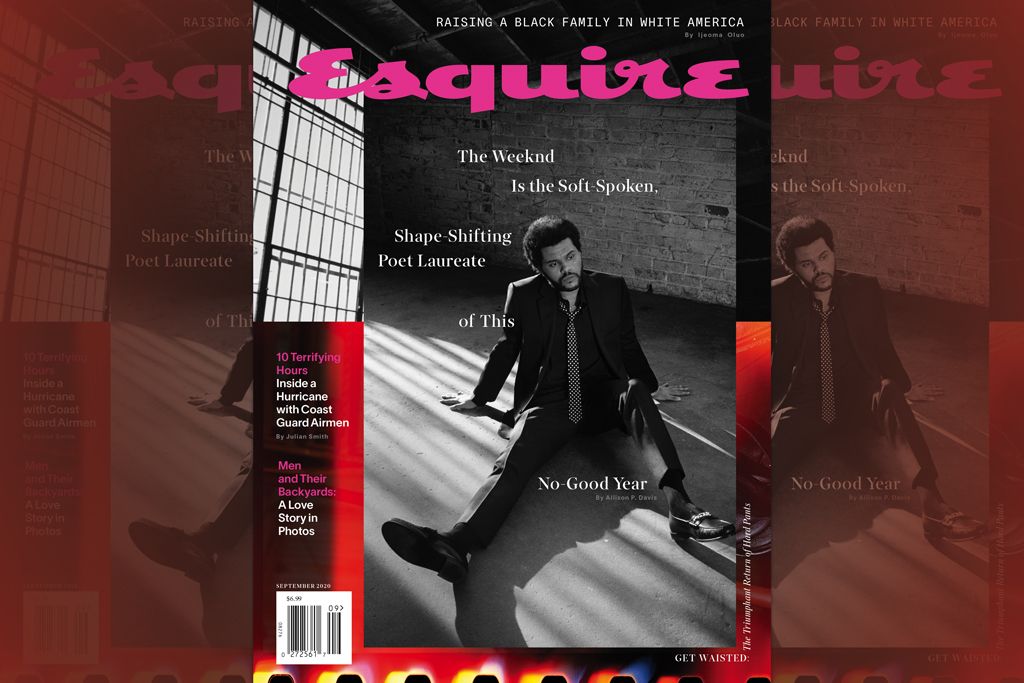 Abel Makkonen Tesfaye, aka The Weeknd, covers the September issue of Esquire—and in a sign of the times, the photo shoot was an elaborate bicoastal affair executed with a mix of social-distancing on the ground and long-distance art direction via videoconference.

Esquire Design Director Rockwell Harwood commissioned L.A.-based photographer Jerald Johnson and a local crew, all wearing masks and keeping their distance, to shoot Tesfaye in town. Normally, a small Esquire team, led by New York-based Harwood, would have flown out to be on site, but instead multiple web cameras were set up at the shoot to capture the session in real-time for a Zoom meeting. Esquire Editor-in-Chief Michael Sebastian, who also joined in remotely, tells Ad Age that he marveled at the IRL-meets-virtual teamwork—and the fact that Harwood and Johnson decided on a more labor-intensive film shoot (vs. digital) to artfully capture a mix of warmth and grittiness.

Harwood, a design-world legend who joined Esquire earlier this year, then produced a literally poetic layout for the cover. “Rockwell’s whole thing has been that he doesn’t want to make covers anyone else has seen, and I think he’s achieved that with September,” says Sebastian. “It’s shot on film, it’s partly black-and-white, it’s three different photographs layered together, and the coverlines mimic a poem.”

The Weeknd
Is the Soft-Spoken,
Shape-Shifting
Poet Laureate
of This
No-Good Year

The results of Johnson’s photo shoot also appear inside the magazine to accompany a story headlined “Pop Star for the Demon Hour,” by Allison P. Davis, who conducted her interview partly by, yes, Zoom (and phone).

Davis, who notes that The Weeknd’s latest album, “After Hours,” dropped on March 20, just as the U.S. was going into pandemic lockdown, writes about the peculiar arc of her subject’s fame:

All incoming information about Tesfaye, from his publicist, from every profile of him ever written, indicates that he is incredibly shy. (This is always revealed as though it’s something that’s never before been said about a famous person.) He emerged on the music scene as a shadowy figure, so good at obfuscation that people didn’t know if the Weeknd was a solo artist, a group, or a computer projection. The debate over whether he really is just this shy or is committed to a bit and is actually some goofy, loudmouthed extrovert has been fodder for magazine profiles since he became famous—like really, really famous—sometime in 2015. Five years later, he’s won Grammys and American Music Awards, he’s headlined Coachella ... and has had two high-profile, blog-analyzed romances, with a supermodel and a mega pop star. He’s worth tens of millions of dollars. The Weeknd has taken on a life of its own; it’s a character separate from the man who inhabits it.