How linear TV benefits from an excess of streaming options

Option paralysis often leads viewers back to the boob tube 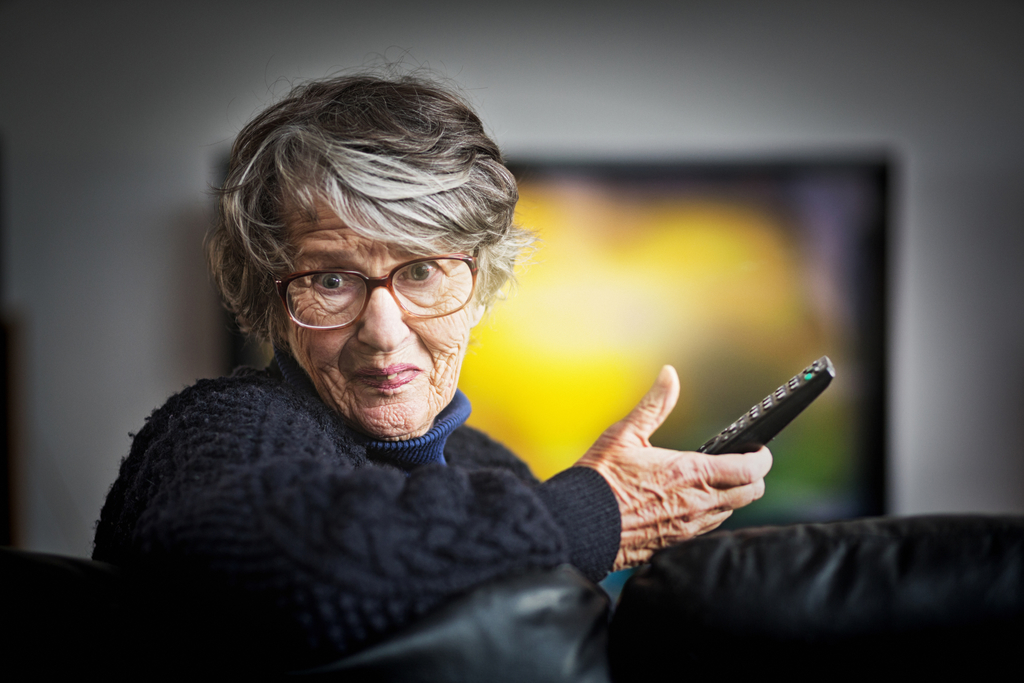 The giddy excess of the Peak TV era has culminated in a sort of option paralysis among consumers, many of whom, when presented with a near-infinite number of entertainment choices, make none whatsoever.

According to Nielsen’s newly released Total Audience Report for the first quarter of 2019, more than one-fifth (21 percent) of adults who use streaming platforms such as Netflix, Amazon Prime and Hulu will simply find something else to do if they can’t find anything worth watching. Members of the adults 18-49 demo are particularly inclined to bail; per Nielsen, 27 percent of streamers say they’ll pack it in altogether if nothing on the video menu looks appetizing.

While the under-50 set eventually will step away from a screen that isn’t firing the right blend of entertainment photons at their faces, they are a bit more patient than their elders. On average, people in the core TV demo will hunt around for content for some 8.9 minutes before either making a choice or turning to more analog pursuits, whereas viewers on the other side of the 50-birthday-candles divide will arrive at a decision after a mere five minutes of search.

“Options are great for consumers when it comes to deciding what to watch, but they’re also decidedly complicated for an industry that continues to fragment and search for unique ways to influence behavior and perhaps steer eyeballs toward their network, program, service or brand,” Nielsen Senior VP, Audience Insights Peter Katsingris said in the report. “Of course, there are times when consumers turn on the TV with the intent to watch a particular piece of content and then there are times when the power of persuasion works in spades.”

For the most part, older viewers tend to stick with the tube even if they’ve failed to arrive at a preferred content destination. Per Nielsen, 91 percent of adults 50 and up will forge ahead after an unsatisfactory search, and linear TV is largely the beneficiary of this generational doggedness. Nearly 60 percent of the senior set will revert to their favorite networks after a stalled search, while 45 percent will engage in the narcotic allure of aimlessly flicking through the channels in the hopes of stumbling across something that catches their eye.

Oddly enough, adults 18-49 are just as likely to channel surf which, if nothing else, suggests that the time-honored linear TV model isn’t quite as dead as everyone seems to want to believe.

The Nielsen report arrives on the heels of yet another year of Peak TV glut. In 2018, viewers could choose from as many as 495 original, scripted programs across network TV, basic cable, premium cable and streaming platforms. Of those shows, 290, or 59 percent, were available via ad-supported TV channels.

The navigation of the vast sea of content aside, the Nielsen report also offers a wealth of insights about general viewership trends. For example, while TV’s share of video consumption continues to out-draw all other media, with adults on average spending four hours and 27 minutes per day in front of the tube, that marks a 7 percent drop from the year-ago usage (four hours and 46 minutes) and a 10 percent decline compared to the first quarter of 2017.

That said, a good deal of those lost impressions are being re-captured by way of Connected TV devices, the usage of which increased by 8 minutes per day during the first quarter. Deliveries on tablets and smartphones are also picking up some of the slack; as such, overall video usage in the first three months of 2019 was down just 3 percent year-over-year.

But because linear TV is still where the bulk of the ad dollars land, it’s worth having a look at the old-fashioned demo deliveries. The picture is far from cheery. As has been the case for a number of years, younger viewers are fleeing TV like panicky reptiles scooting away from a burning herpetarium. According to Nielsen, millennials (adults 18-34) in the quarter slashed their linear TV usage by 17 percent to one hour and 55 minutes per day, down from two hours and 17 minutes in the year-ago period. When compared to the first quarter of 2017, the decline is even more vertiginous, as live and time-shifted viewing among the younger set is down 29 percent.

The demo most valued by advertisers is also on the wane, as TV usage by adults 18-49 fell 13 percent to two hours and 44 minutes per day. Naturally, time spent sacked out in front of the tube is largely a function of age; while adults 25-54 usage dropped 11 percent year-over-year to three hours and 27 minutes per day, the 65-and-over gang were steadfast in their devotion to TV. That overlooked consumer block put in a good 7 hours and 15 minutes of tube time per day in the first quarter, which marked a negligible 2-percent dip compared to the same interval in 2018.

That marketers continue to shun pretty much everyone over the age of 55 remains one of the most skull-clutchingly obtuse aspects of the media business. While Nielsen didn’t drill down into the commercial viewers data, the C3 and C7 ratings suggest that these demographically invisible viewers generate more ad impressions than any other group out there in TV Land. In other words, you have this enormous subsection of consumers who put in roughly the same number of hours in front of the TV that most people do while on the clock and they’re watching the commercials. Oh, and: They also buy an awful lot of stuff. And despite all this, their views aren’t factored into the media math.