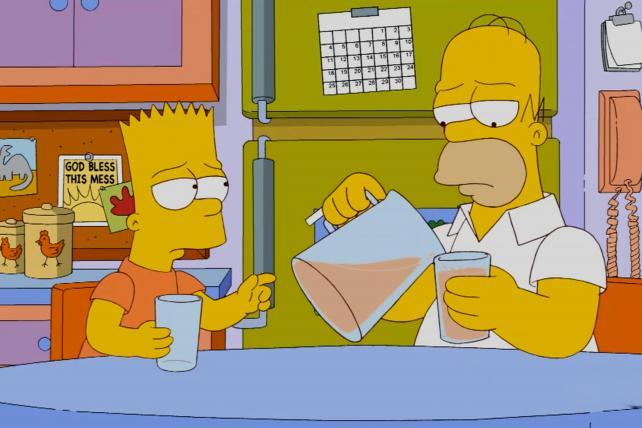 This Sunday, Fox will introduce its branded-content breaks and so-called jaz pods, which are one-minute commercial breaks, during its primetime lineup of animated series "The Simpsons," "Bob's Burgers" and "Family Guy," as well as the new comedy "Rel."

Here's how it will look: The night will kick off with "The Simpsons" at 8 p.m., followed by "Bob's Burgers" at 8:28 p.m. The first branded-content Fox Block will air after "Bob's Burgers" and the second one will run after "Rel."

The Fox Blocks will run for five-and-a-half minutes each. The first one will be entertainment-themed, with sneak-peeks at content and other shorts. The second one will be sports-themed, hosted by Skip Bayless and Shannon Sharpe from FS1's "Undisputed."

Nine jaz pods will air throughout the night. (Jaz pod gets its name from the "A" and "Z" positions in a typical commercial break, the first and last ones to run, with others in between; a jaz pod would include just those two spots.)

The night will have 50 percent fewer commercials than a typical Sunday night, according to a Fox spokesman.

These shortened ad breaks and branded content will also air on Oct. 21 and Nov. 11.

But originally Fox Networks Group had grand ambitions to reduce commercials this season on Sunday nights. The plan was to knock off as much as 40 percent of ad time in more than 40 Sunday nights of the year. Fox was out early with its idea for limited commercials, but the execution changed course along the way, proving just how difficult it is to enact change in the TV industry.

NBC Universal is also reducing commercial loads during some of its prime time programming this season. Similar to jaz pods, NBCU also sold one-minute commercial breaks called prime pods. Universal Pictures was among the first advertisers to run prime pods at the start of the season, promoting the movie "First Man."