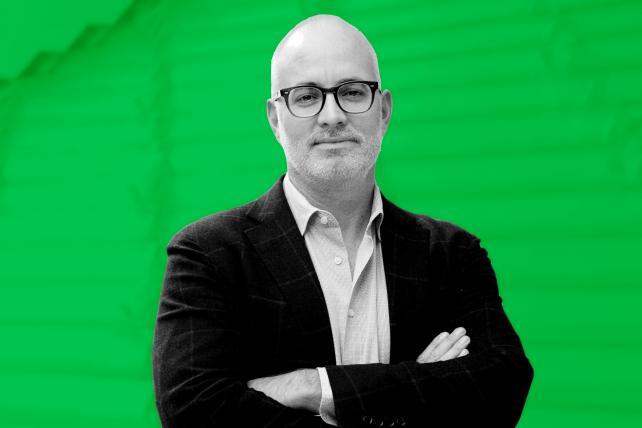 Hearst Magazines on Wednesday promoted its digital chief, the hard-charging Troy Young, to succeed the high-polish David Carey as president. Young, who previously cleaved the magazines' digital operations from print, will now oversee both digital and print for a portfolio of brands including Cosmopolitan, Esquire, Elle, Men's Health, Marie Clarie and Car & Driver. We asked him whether his approach will change in his new role.

This conversation has been edited.

How much will your digital expertise affect your leadership of Hearst Magazines' print operations? Do you think you view magazines' print editions differently than some of the magazine publishing executives before you?

I'm a voracious media consumer and have been since I was a teenager. I take home a stack of magazines every weekend and I like the medium a lot. I've also spent most of my career, even in the earliest days, in digital roles.

I think about how does a medium serve a consumer and what differentiates what we do in every channel that we distribute content. In all cases what you try to figure out is what does that medium do best.

The great thing about being in the digital world in the last several years is that you get a great education in thinking about mediums differently. For example, when the video wave hit publishing you had to really think about how you were going to apply your brand to video. What was the formula?

Mediums don't die, but their use cases shift as new mediums put pressure on them. The nature of magazines change when a consumer gets their news in the moment from their phone. It makes you think differently about the role of the magazine. It still plays an important role, but it's different.

I love the idea that we can take an hour in someone's day with a highly curated, really beautiful piece of printed content. We have to really just think about that.

Part of your vision at Hearst so far was to rip the print and digital teams apart. Do you plan to continue that structure or to bring them back together?

The reason we did that is sort of the innovator's dilemma. We wanted to create real focus and a clean focus for digital to succeed in the organization. For it to be uncompromised, we just needed to have a new mindset in our digital editorial operation. So separating was really useful.

We separated it in pretty much every way including the P&L, which forced us to build a really scrappy smart team that constantly evolves. Because digital isn't just done. Every year or two you have to really rethink your structure.

What's really important to me is that we keep that focus on that distribution channel and the people that are making content in that channel.

As we look at the business more holistically we'll ask a lot of questions about the right way to organize the company and organize our resources, first for maximum intimacy in how we serve consumers across channels, and then secondly how do we do it most efficiently around the world.

We started experiments prior to this announcement with our team in Pennsylvania working with our enthusiast brands, where we have combined print and edit in new ways. With those teams there's a sort of insistence that there was a really high level of digital literacy. You see that if you go to Runnersworld.com or Bicycling.com.

So we're not going to immediately jam the groups together, but we evolve all the time.

Do you have a timeline for particular goals?

No. Right now we're moving into budgeting for '19 and that's my focus for right now.

Was there anything you were wrong about as your led Hearst Magazines into the digital future, any significant course correction you made along the way, or any lesson you picked up that you carry with you now?

So many, but the first thing is that there's an amazing group of people on the management team of the digital business, people like Chief Operating Officer Mike Smith, Senior VP of Development Brian Madden, Senior VP-Editorial Director Kate Lewis and Chief Digital Officer Michael Dugan. They are restless and really innovative, and I think if anything I've learned that we just have to try a lot of things, and most things are reversible.

I can be really exacting and kind of demanding in how we craft our digital experiences and how we balance the ad imperative and the content imperative, and that's really hard to do when you're chasing numbers in a digital business. Sometimes I would err on the side of too little experimentation, just in the pursuit of creating something that was perfect.

I would also say that on the data front for a long time I thought that context was our virtue, and that we couldn't build a really competitive data story. And then we started doing new data partnerships and we started pushing hard on commerce which is an amazing source of data. And we starting building polling and consumer response mechanisms into our pages. I learned that we actually could differentiate our position with data. I think I was a little slow to the mark on that.

David Carey, the man you're succeeding, presents an extremely polished, even mild air. You've been described as ... aggressive. How do you think the company will react to the change in leadership styles?

David is a great man and he is incredibly generous of spirit, but brings an intensity to how he operates that maybe you don't see. But there is much to be learned from him in terms of how gracious he is.

I am intense person and i like to compete and I like to challenge the teams that I work with, but I'm a work in process. I'll look at that honestly but I don't want to give up what got me here.