Since 1994, Bezos has been the driving force at the company that revolutionized retail
READ THIS NEXT
Watch Elon Musk’s awkward ‘SNL’ promos—plus, why his hosting stint is so controversial 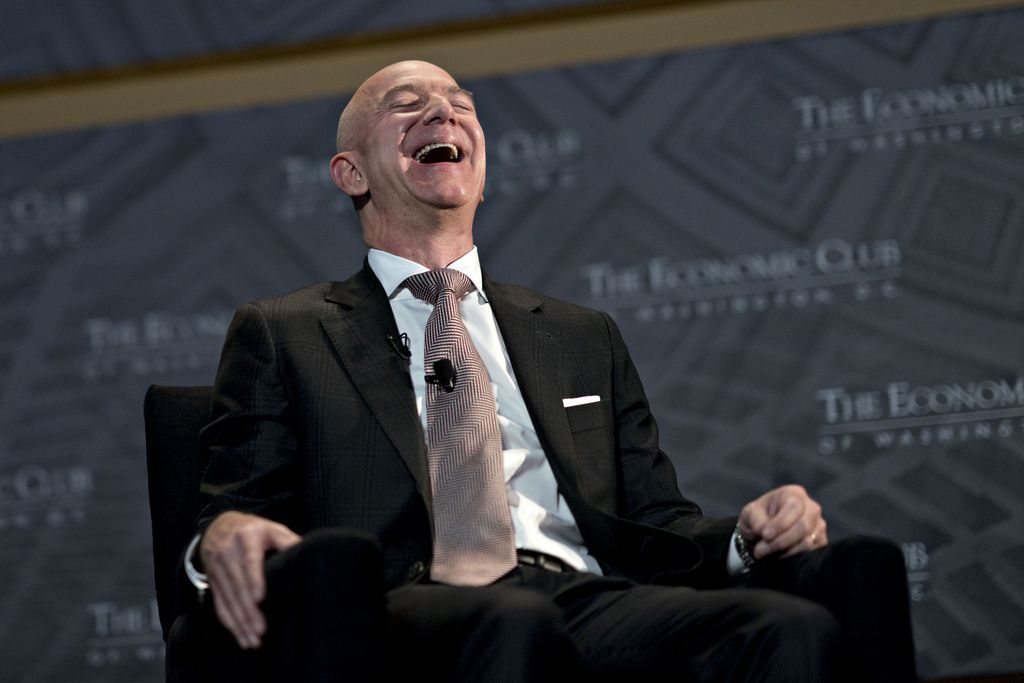 Amazon founder Jeff Bezos said on Tuesday he was stepping down from his perch as CEO, after a storied run with the company, but one that was not without its turmoil.

The shocking power change at Amazon came as the company reported its fourth-quarter earnings, in which it also announced that Andy Jassy, the head of Amazon Web Services, would succeed Bezos. Web Services is one of Amazon’s best-performing and fastest-growing segments, as it runs the computing infrastructure for large and small companies outside of Amazon.

“Amazon is what it is because of invention," Bezos said in the announcement. "We do crazy things together and then make them normal. We pioneered customer reviews, 1-Click, personalized recommendations, Prime’s insanely-fast shipping, Just Walk Out shopping, the Climate Pledge, Kindle, Alexa, marketplace, infrastructure cloud computing, Career Choice, and much more. If you do it right, a few years after a surprising invention, the new thing has become normal. People yawn. That yawn is the greatest compliment an inventor can receive. When you look at our financial results, what you’re actually seeing are the long-run cumulative results of invention. Right now I see Amazon at its most inventive ever, making it an optimal time for this transition.”

Bezos said he would step aside in the third quarter of this year, which begins in July, and become executive chairman of the board of directors. Since he founded Amazon in 1994 as a revolutionary internet startup that would take on the business of delivering books, it has become one of the world’s most valuable companies, worth $1.7 trillion.

Amazon has had a rocket of a year, becoming the source for consumers to fill their pantries during the COVID-19 pandemic quarantines. But there have been social upheavals, and Bezos has been a lightning rod for people and political leaders concerned about wealth disparities in the U.S. Bezos is worth close to $200 billion.

There have also been questions about Bezos' leadership. On Tuesday, one of those issues came to light when Amazon agreed to pay a $61.7 million fine to the Federal Trade Commission. Amazon was accused of withholding tips from delivery drivers when it made adjustments to salaries last year.

Bezos also testified before Congress last year along with other high-profile tech CEOs. There have been inquiries into Amazon's business practices, including how it could use its privileged position in the marketplace it runs to create products that compete with rivals, and then sell them on Amazon.com.

Amazon has also become an advertising juggernaut with brands using its platform to promote their products and sell through its marketplace. It also has Amazon Studios, Fire TV and Prime Video, all part of a growing entertainment division that is taking on streaming TV and Hollywood.

Amazon will host an earnings call with investors at 5:30 p.m. ET on Tuesday to discuss its future.