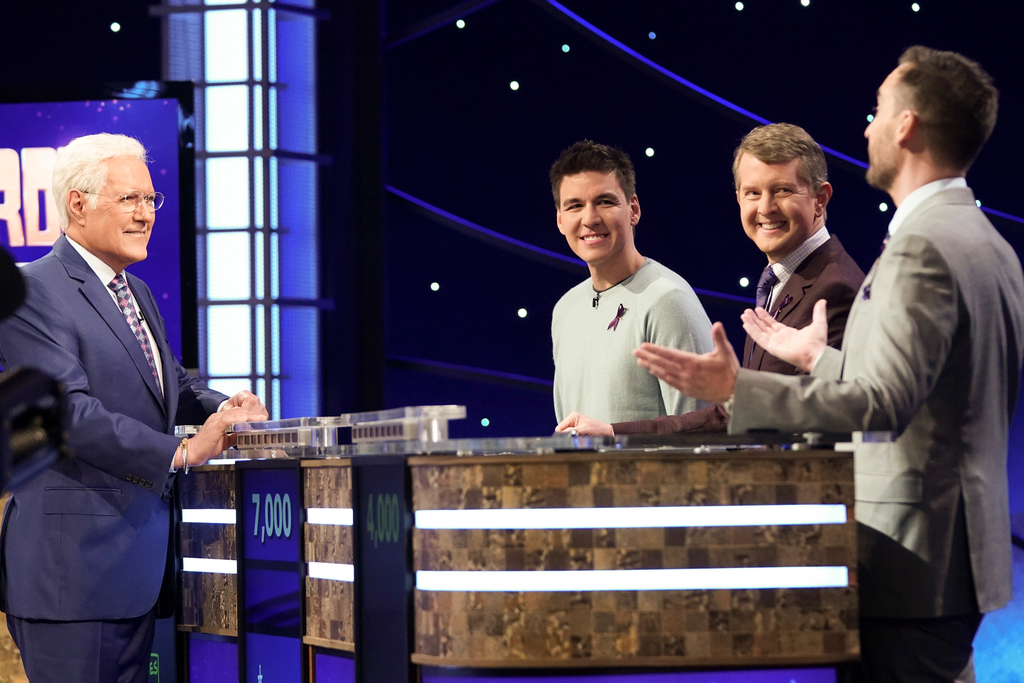 Alex Trebek, James Holzhauer, Ken Jennings and Brad Rutter on 'Jeopardy! The Greatest of All Time.'

The first night of ABC’s “Jeopardy! The Greatest of All Time” tournament delivered the network’s largest primetime audience of the 2019-20 TV season, as the one-hour showdown averaged 14.4 million viewers Tuesday night.

According to Nielsen live-plus-same-day data, the opening salvo in the “Jeopardy!” GOAT tourney beat out every ABC broadcast since the season began. Until the start of the syndicated show’s special primetime run, ABC’s top draw was its Nov. 13 broadcast of the CMA Awards (11.3 million viewers).

The “Jeopardy!” showcase also gave ABC its second-highest demo turnout of the current campaign, averaging a 2.4 rating, which translates to 3.05 million adults 18-49. That delivery is three times ABC’s seasonal primetime average (0.8). The only time ABC put up a higher demo number this season was on Nov. 5, when its broadcast of the “Little Mermaid Live!” musical averaged a 2.6, or 3.56 million adults under 50.

According to iSpot.tv data, GOAT served up 283.1 million ad impressions for the likes of Trulicity, Skyrizi, WW, Chick-fil-A and McDonald’s. The average unit cost for a 30-second spot in the broadcast was north of $215,000 a pop.

Thus far, the “Jeopardy!” tourney has skewed rather gray, as the audience for Tuesday night’s premiere boasted a median age of 63.3 years, which is about what ABC delivers with its Monday night medical drama “The Good Doctor” (63.0 years). All told, members of the 18-49 demo accounted for 21 percent of the overall “Jeopardy!” deliveries.

ABC has two more nights of the GOAT event scheduled for tonight and Thursday night, with plans to reconvene the meeting of former champs Ken Jennings, James Holzhauer and Brad Rutter next Tuesday, if a champion isn’t crowned this week.