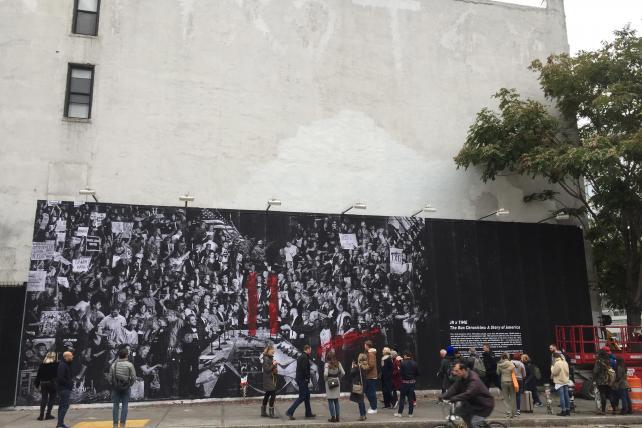 On Friday, Time magazine published a special gun-violence-focused issue with a cover created by French street artist JR. Also on Friday, a mural version of the cover was installed on downtown Manhattan's iconic Houston Bowery Wall. And then by Saturday morning there was, of course, another mass shooting in America; see "Hate crime charges filed in Pittsburgh synagogue shooting that left 11 dead" (CNN).

By early Sunday morning, JR's mural had been tagged with a slash of red paint and a large "11," referencing those murdered. By late Sunday morning, someone had left a bouquet of red roses leaning against the mural, and rose petals were strewn on the sidewalk just below the "11" (see a close-up photo below).

After working with a team on Friday to install the mural, JR left town and, according to an Instagram post, is now working on an upcoming exhbition for the Museum of Photography in Paris. As of this writing, he has not taken credit for or acknowledged the update to his Houston Bowery Wall mural on his various social media accounts. UPDATE: On Instagram Monday afternoon ET, JR posted a photo of his mural with the "11" addition; in the caption he wrote that "people have started a visual conversation on the wall."

The Houston Bowery Wall, aka the Bowery Mural, is located at the northwest corner of Houston and Bowery streets, bordering New York's SoHo neighborhood. Before it had a name, it was famously tagged by Keith Haring (in 1982, apparently without permission), then later turned into a curated space with rotating exhibitions sanctioned by the building's owner. (See "A brief history of the Bowery Mural, the Lower East Side's street-art showcase" from Time Out New York.) Artists whose work has been shown on the wall over the years include Os Gêmeos, Shepard Fairey and Barry McGee. 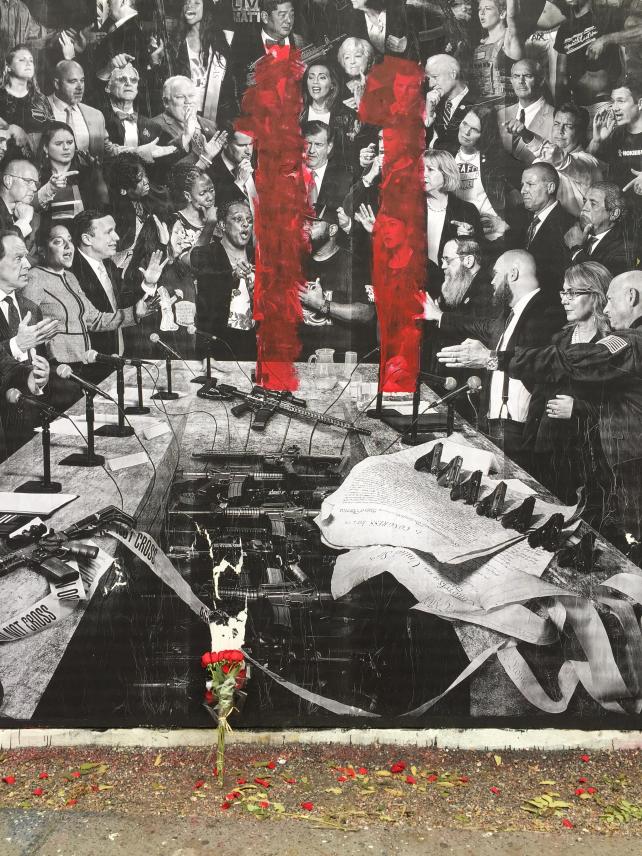