Unilever will break its first global campaign for the unified Lipton hot and iced tea brand on ABC's Academy Awards broadcast March 2. The company hopes the 60-second ad featuring the Muppets will put the brand's new slogan "Be More Tea" -- and the product -- on the tips of tongues. 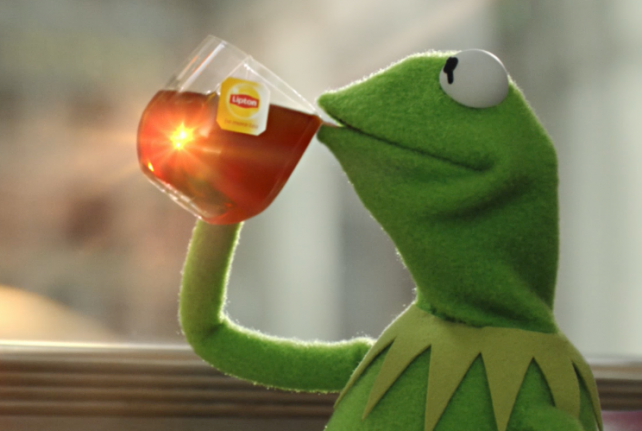 In advance of an Oscars event sometimes dubbed "the Super Bowl for Women" by media people, Unilever is giving the launch of its effort a touch of Super Bowl treatment, including a 90-second teaser ad to be released Wednesday on YouTube and a social-media command center with support from PR shop Golin Harris with live tweets during the show.

The campaign backs both Lipton hot tea and iced tea, the latter marketed as part of a joint venture with PepsiCo. While Lipton has had global campaigns in the past for ready-to-drink tea, this is the first global effort behind the entire brand lineup, Ms. Bellini said. Lipton -- in both cold and hot forms -- trails only Coke in consumption among global beverage brands, she added.

"We believe the power of this brand is much bigger than has been realized so far," she said, "because it touches so many consumers around the world. And having a unified approach, personality, positioning and campaign and ultimately visual identity and packaging will just help maximize those opportunities."

The idea for "Be More Tea," from adam&eveDDB, London, was "Muppet neutral," as Ms. Bellini puts it. But early on in the development, the Muppets, and Kermit specifically, seemed ideal for bringing the idea to life, she said. That the Muppets happen to be on a publicity tour in advance of the March 21 release of their Disney movie, "Muppets Most Wanted," was a happy coincidence, she said.

Kermit in particular makes an ideal spokesman for the "Be More Tea" concept, as "he's a little different from the other muppets -- playful and thoughtful," Ms. Bellini said.

In case you were wondering what it means to "be more tea," she said it's about encouraging people to "get off auto pilot," be more playful, thoughtful and enjoy things they might otherwise have missed.

The Muppets won't necessarily be used in the campaign everywhere in the world, but only in countries where they resonate best, Ms. Bellini said. "Be More Tea," or its many translations, will be used everywhere.

The Oscars made sense for several reasons, Ms. Bellini said. Unilever wanted to start with the big U.S. market and tell as many people as possible at once about the brand's new positioning. The timing in March works too, as it straddles the end of the hot-tea season and beginning of iced-tea season.

"It's a big tent-pole event with a lot of viewership for the right target [women], and we certainly know that brands that just talk to people in a 30-second ad are less successful than those who engage them in conversations," Ms. Bellini said. "So we're really planning it as a big event like the Super Bowl."

The campaign will include digital and social media, such as Facebook and Twitter, starting on Sunday and continuing for four weeks.