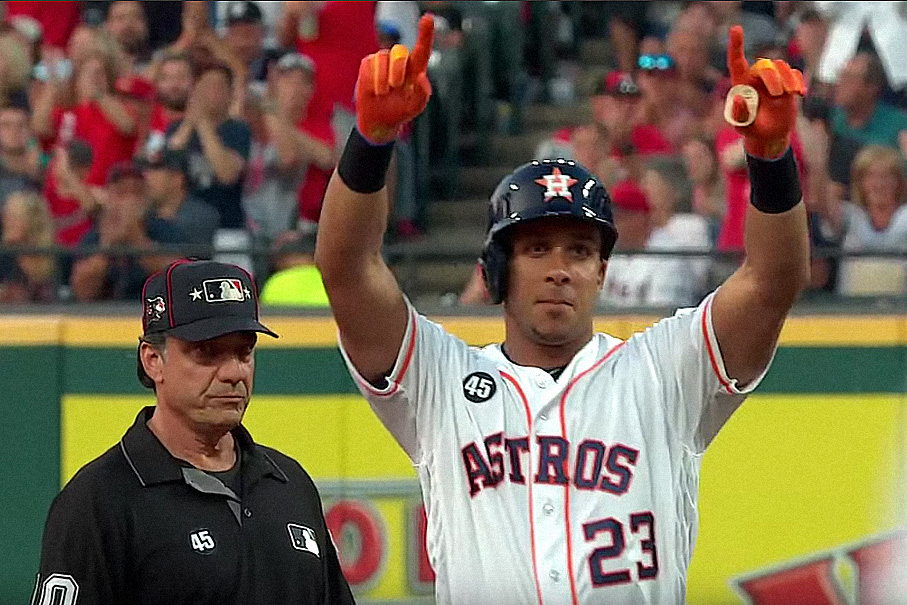 A new production wrinkle did little to boost interest in the MLB All-Star Game, as the TV turnout for Fox’s mic’d-up Midsummer Classic fell to an all-time low.

According to Nielsen live-plus-same-day data, Tuesday night’s showdown between the American and National League headliners averaged 8.14 million viewers and a 5.0 household rating, establishing it as the least-watched, lowest-rated All-Star Game on record. Fox’s demo deliveries also took a hit; the 1.9 rating translates to an average draw of just 2.45 million adults 18-49, down from last year’s already depressed 2.76 million.

The Nielsen data does not include the number of viewers who streamed the game via Fox’s various digital platforms.

While the novelty of placing live microphones in several players’ helmets went a long way toward lending an element of fun to the exhibition—wearing a wire during his at-bat against Astros ace Justin Verlander, Atlanta’s Freddie Freeman divertingly jawed his way through his first appearance at the plate—the All-Star Game wasn’t able to work its way out of a decade-long ratings slump. The scrimmage hasn’t topped the 10 million-viewer mark since 2015, and you’d have to go back all the way to the summer of 2001 to find an All-Star Game that averaged north of 15 million viewers.

While baseball’s summer showcase always has been the most popular All-Star Game in sports, it appears that the MLB has finally dropped back with the rest of the pack. Although Fox’s coverage of Tuesday night’s game topped the TNT/TBS simulcast of February’s NBA All-Star Game (6.80 million viewers, 3.8 rating), it didn’t quite match up with the 8.23 million viewers who tuned in for ESPN/ABC Sports’ coverage of January’s NFL Pro Bowl.

Per iSpot.tv estimates, among the most visible advertisers that snapped up inventory in the 2019 All-Star Game were official MLB sponsors MasterCard, Geico and Chevrolet. Other top spenders included Verizon, Toyota and State Farm.

Also in the mix Tuesday night was MLB corporate sponsor Supercuts, which used the game as a launch vehicle for its hair-raising new TBWA/Chiat/Day L.A. campaign.

As much as the mid-season scrimmage continues to lose ground to various digital diversions, Fox would seem to have much to look forward to in the latter half of the 2019 campaign. As baseball gets ready for the run to the playoffs, the two best records belong to the Los Angeles Dodgers and New York Yankees. A World Series pairing of two storied clubs representing the nation’s largest media markets would send Fox’s ad rates skyrocketing, and a seven-game outing all but guarantees a mammoth TV audience.

Fox re-upped its MLB rights package in November 2018, shelling out some $5.6 billion for an eight-year extension.