President Donald Trump no doubt inspired lots of brand creativity during his first 100 days as POTUS. He's also provided plenty of fodder for magazine art directors and editors, who created a host of searing covers, shedding light while asking important questions about this administration's role since 45 took office (with some exceptions). Here's a handful of covers that got people talking. 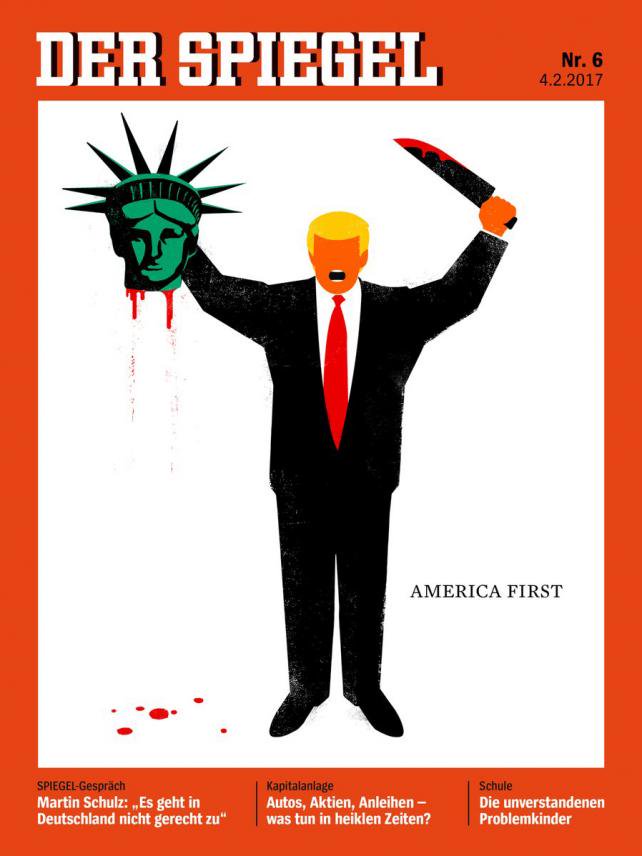 Edel Rodriguez, the artist behind the much-talked-about Time Trump "Meltdown" covers from last year, didn't hold back on this illustration for the February 4 cover of German news mag Der Spiegel. It depicted Trump with a bloodied knife in one hand and the head of the Statue of Liberty in the other. The cover line read, "America First." Inside was a story entitled "Mephisto's Plan," about Trump's amenability to the suggestions of chief strategist Steve Bannon. 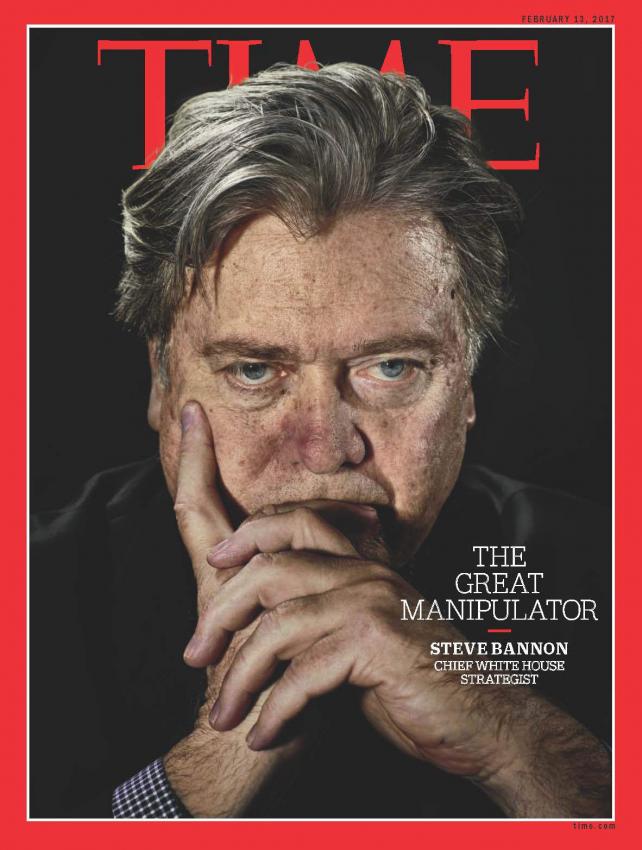 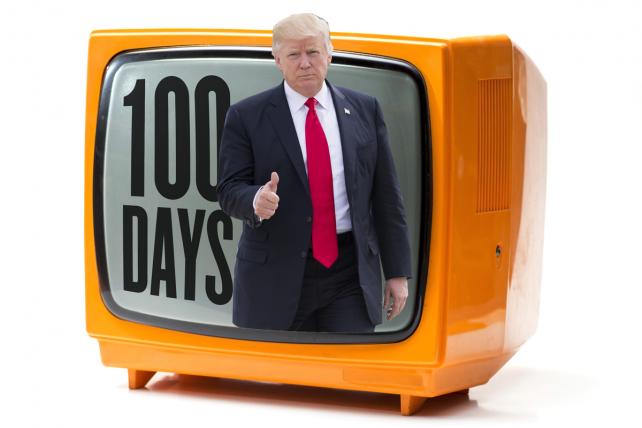 A line dubs him "The Great Manipulator," while the profile inside by David Von Drehle features a theme similar to Der Spiegel's, asking, "Is Steve Bannon the Second Most Powerful Man in the World?"

The cover is not only notable for its powerful art; headlines cited it as the tipping point of upheaval in White House ranks, with Trump defending himself on Twitter against puppet portrayals.

"I call my own shots, largely based on an accumulation of data, and everyone knows it. Some FAKE NEWS media, in order to marginalize, lies!" he tweeted.

Time: "Nothing to See Here" 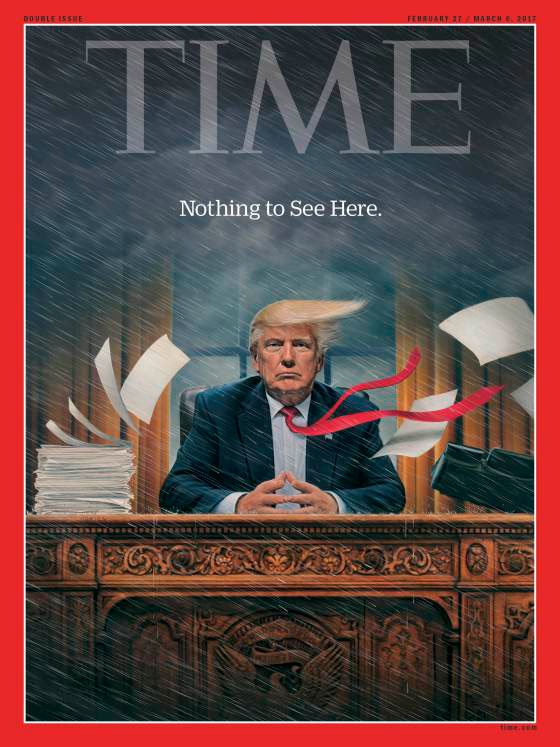 February was a big month for memorable Trump covers. Following the Bannon story, Trump got another spot on the lead page in an illustration by Tim O'Brien that depicted the president in the Oval Office. He sits at his desk calm and composed with fingertips pressed together -- an image that recalls his days from "The Apprentice." Meanwhile, it's mayhem all around him as sheets of rain and paper fly, his red tie and strawberry hair whip about. "Nothing to See Here" reads the cover line. The image leads into a story by Philip Elliot, "Donald Trump's White House Chaos." Read more about O'Brien's process in creating the illustration on Creativity.

The Atlantic: "Alec Baldwin Gets Under Trump's Skin"

While Alec Baldwin has provided much comic relief through Trump's first 100 days, we saw a more serious side to his role on the latest cover of The Atlantic. Shot by Andrew Hetherington, the photo teed up Chris Jones' piece titled "Alex Baldwin Gets Under Trump's Skin." 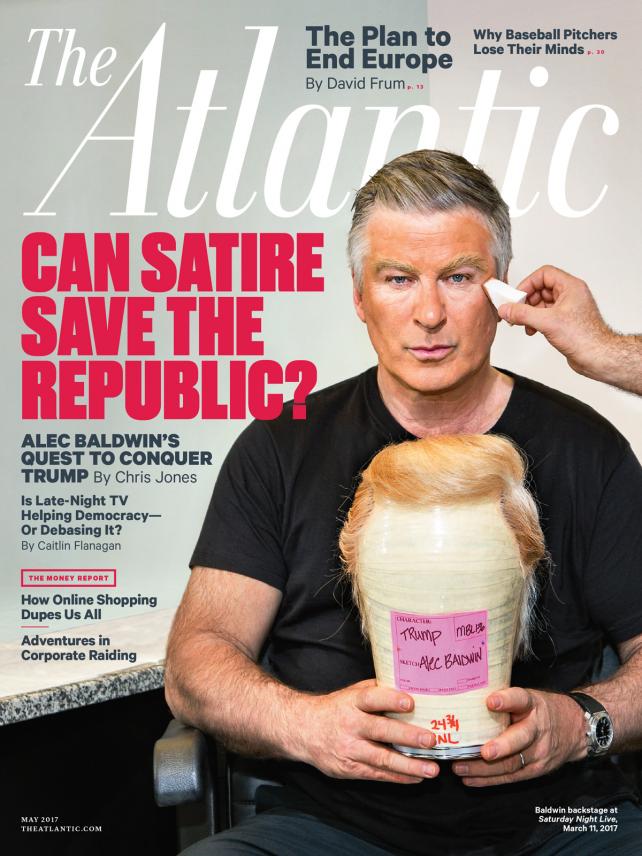 "Our aim with this cover was to capture Baldwin's ambivalence about playing a character he loathes and to show the toll that it's taking on him," The Atlantic Senior Editor Denise Wills, who edited the cover story, told Creativity. "We'd floated a number of concepts with Baldwin, but this was the one that really resonated with him -- to show him almost as the sad clown getting ready for a performance, with an expression that says 'what have I done?' And it goes perfectly with the story, in which he says this is a role he never wanted but that he hopes might somehow make a difference."

In March, The New Yorker revisited its first-ever cover and gave it a Russian spin, a lead-in to the publication's investigation into Trump-Putin connections. 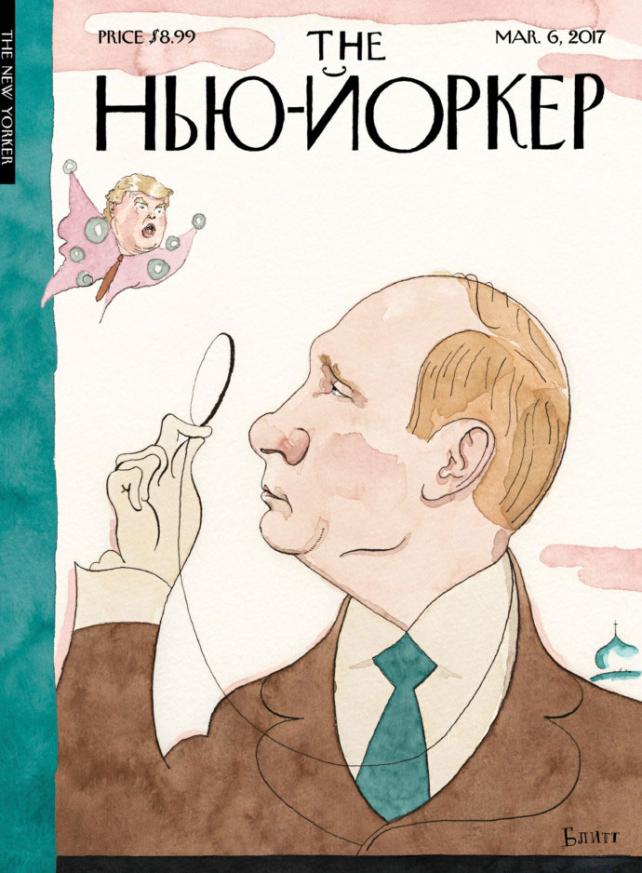 The original featured The New Yorker's dandy mascot Eustace Tilley in his signature top hat and monocle, while the Trump version, illustrated by Barry Blitt, reimagines him as Russian President Vladimir Putin, examining a tiny flying Trump through his eyepiece. The mag gave its logo a Cyrillic makeover as well. 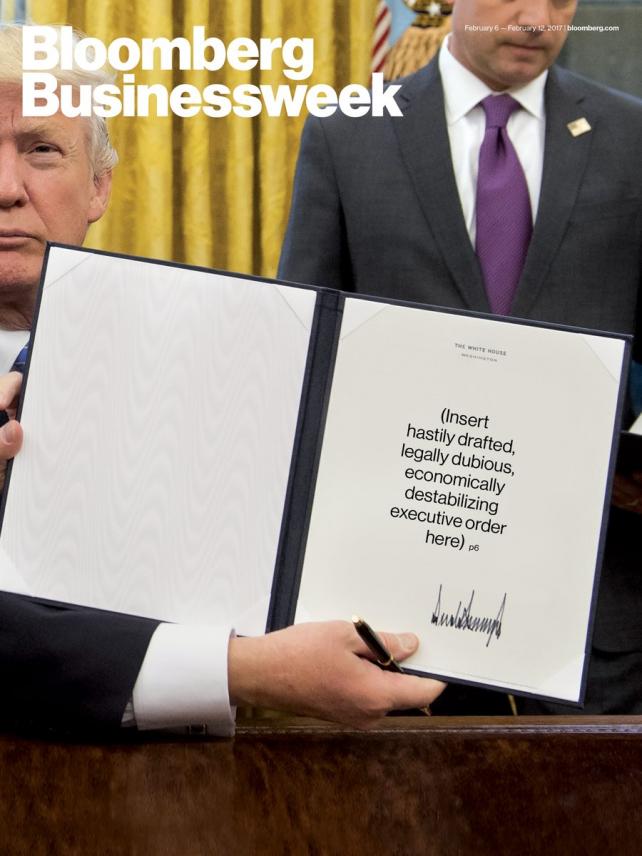 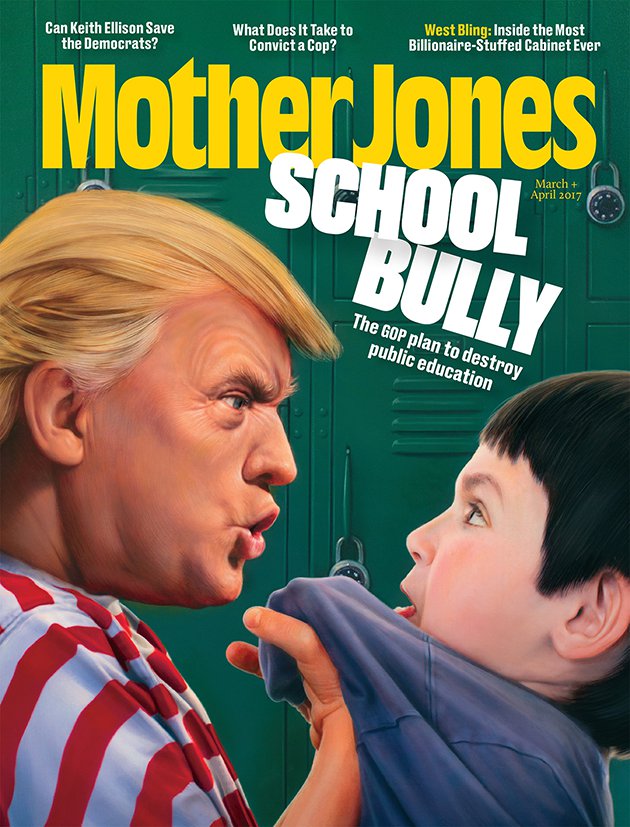 Twitter rants aside, nonprofit mag Mother Jones points to another victim of Trump administration bullying -- public schools. The March/April issue cover depicts a ragey Trump grabbing at the shirt of a schoolboy, with the line "School Bully: The GOP Plan to Destroy Public Education." The cover story is actually Kristina Rizga's takedown of Trump's Secretary of Education, entitled, "Betsy DeVos Wants to Use America's Schools to Build God's Kingdom." Make sure to check out the angelic inside art from Time cover artist Tim O'Brien. 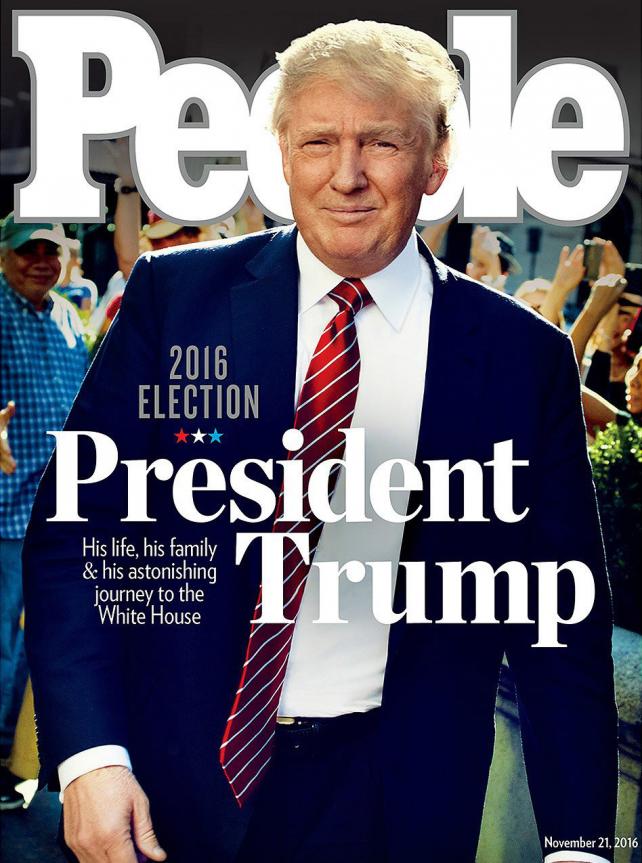 And then there was this. Following the October publication of a near-damning account from former People staffer Natasha Stoynoff, who wrote about being sexually assaulted by Donald Trump while she was on assignment for the magazine, People ran this cover after Trump's inauguration. As expected, many were not pleased.