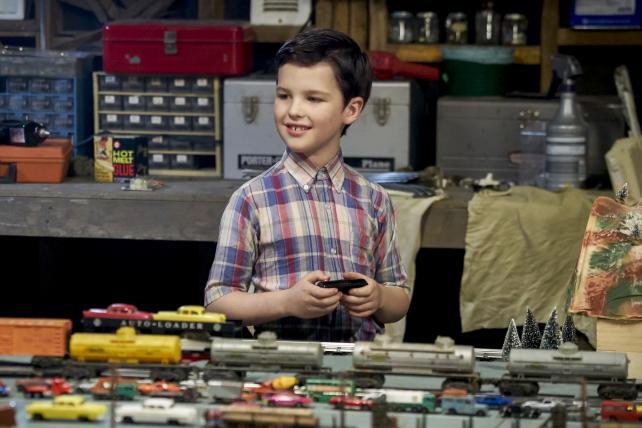 The cost of advertising in prime-time broadcast TV has nearly doubled in the last five years, and the ever-shrinking supply of ratings points for sale will only continue to elevate pricing.

According to Nielsen estimates, the average cost of reaching 1,000 viewers via network TV is now $42.90, almost twice the $24.08 CPM broadcasters fetched in 2012. And while the ratings crunch will keep ad rates at nosebleed levels, there are a few bargains to be found.

At this juncture in the new broadcast season, CBS appears to be the smart buy for advertisers looking to get their messaging in front of as many viewers as possible without busting their budgets. Based on media buyer pricing estimates for each individual program that aired in Week 1 (Sept. 25-Oct. 1), the average 30-second spot on CBS cost around $134,584 a pop, and while that was slightly higher than the ABC ($126,517) and Fox ($118,148) rates, CBS also delivered an average audience of 9.5 million viewers in that seven-day span, eclipsing the deliveries at ABC (5.8 million) and Fox (3.14 million).

If that's a somewhat clumsy method by which to derive pricing estimates, a closer look at the rates per program offers a bit more realistic picture of what every Premiere Week impression was worth. No matter how you crunch the numbers, the biggest bargain to be had in broadcast was the Sept. 25 preview of "Young Sheldon," which averaged a staggering 17.2 million total viewers leading out of "The Big Bang Theory." At an estimated rate of $180,393 per 30-second spot and a delivery of 6.59 million adults 25-54, the demo CPM for the new comedy worked out to just $27.36. And while it's a safe bet that "Young Sheldon" inventory will go for a premium in scatter once the show returns in its regular time slot on Nov. 2, the "Big Bang" prequel/spinoff is unquestionably the best value for advertisers looking to reach that 25-54 demo.

Marketers looking to bounce their messages off the younger demos were better served skipping out on broadcast TV altogether and taking the plunge with Adult Swim's animated comedy "Rick and Morty." A 30-second spot in the Oct. 1 season finale cost around $24,000, per buyer estimates, which works out to a dirt-cheap $18.13 CPM when the show's draw of 1.32 million members of the 18-34 demo is factored in. It's worth noting that "Rick and Morty" airs in late-night (11:30 p.m. ET) rather than prime time, and that Adult Swim reaches 91.2 million homes, or 76 percent of the overall TV universe. Also of interest: "The Simpsons," Sunday night's top-rated scripted broadcast show, averaged 807,000 adults 18-34.

On the other side of the value continuum, ABC also aired two of Premiere Week's more profligate programs. "How to Get Away with Murder" returned for its fourth season to 1.35 million adults 18-49 and an estimated unit cost of $164,984, which works out to a princely $122.11 CPM. Meanwhile, the new Sunday drama "Ten Days in the Valley" bowed to a meager 698,000 viewers in the target demo; given an estimated unit cost of $116,849 per spot, the premiere hour carried a vertiginous $167.40 demo CPM.

As always, all disclaimers about TV pricing estimates, which are directional at best, apply here. Rates are primarily useful for settling bar bets. Caveat emptor, etc.