Folks at the Grand Forks (N.D.) Herald are certain that Marilyn Hagerty's gone-viral

review of the local Olive Garden has now received more than a million page views.

That's what the paper's internal article counter says, at least. They'd likely have corroboration from Google Analytics -- but it broke amid the deluge of traffic to the 85-year-old food writer's masterpiece of polite restaurant criticism. 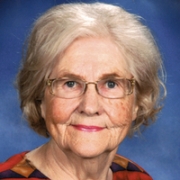 As of Wednesday, the article had received over 850,000 clicks, with 183,000 of them coming on Tuesday alone, according to Google Analytics. But yesterday the number went to zero, a clear indication that something went haywire in the analytics tool. After all, interest has far from abated as Ms. Hagerty becomes a multimedia star. With appearances on "Piers Morgan," "Today" and "The Early Show" to keep the momentum strong, it's safe to say that by now, the "Eatbeat" column is easily in seven-figure territory.

"I'm armchair-theorizing that our needle reached the 1,000,000 mark (or something) and popped the balloon," wrote Joe Greenwood, online content coordinator for the GrandForksHerald.com, in an email. "Our blue dot Icarus flew too close to the Google chart sun and melted its wings ... for lack of a specific explanation. We suffered a Google Analytics blowout."

So how big is the story in web-publishing terms? Let's assume it has indeed racked up one million page views. That would easily put the post up there with Gawker's most popular stories of 2011, whose current click tallies range from 1.6 million to 600,000. (The Gawker post that kicked off the craze has over 74,000 clicks and more than 500 comments.) So the polite Olive Garden review is by any definition a traffic beast. And you should bear in mind that some of those popular Gawker posts have been sucking up clicks for months. Marilyn's post went up last Wednesday, March 7.

It is worth noting this is not the first time the website has blown up. On July 6, 2011, it published a story from a sister paper about a man who decapitated himself with a commercial-grade firework in a freak accident. The Drudge Report linked to the story and on that day, the site got 178,000 views -- three to four times its daily average.

But virality hasn't been a huge money-maker for the Forum Communications-owned paper. Unexpected traffic spikes like these are notoriously difficult to monetize and Marilyn mania has been no exception, despite its relatively long shelf life (in internet terms.) Mr. Greenwood said the boom in clicks has come with a "modest bump" in revenue from remnants ads, but truly cashing in on the attention has been difficult.

"This event was tough to capture direct ad revenue on because it arose so quickly and unexpectedly, and even after we became aware of it, we didn't expect it to get so big or last as long as it has," Mr. Greenwood said.

After Gawker published its post March 8 and the review became a Twitter and Facebook hit, the paper brainstormed ideas last Friday and planned through the weekend for Monday, identifying a short list of local advertisers who might have some interest. But this was thwarted by the reality of the sales cycle.

"The general sales process is longer than this event would allow," Mr. Greenwood said.

"I think we have an opportunity right now to make some sales for next week," he added, "but I don't know that our sales rep and ad-server teams will move quickly enough to catch them."

There are some other direct attempts to monetize, such as an e-book compilation of the best of Ms. Hagerty's dining columns. Mr. Greenwood had to scramble to get the e-book together. He said they've sold 42 copies so far and admitted to missing out on funneling some of the incoming traffic toward it. However, he added, "It will be available long-term, and it's a first step into something I think we can capitalize on over time, so it is exciting."

There's also a T-shirt being sold for $20, but a portion of those proceeds go to an ALS charity favored by Ms. Hagerty.

The paper is also still working the ad angle, even as it tries to remain realistic about the possibilities.

"We also are acknowledging the unpredictability of ongoing interest in the story and are cautious to not oversell; and I sense our local advertiser base has this awareness as well, " Mr. Greenwood wrote. "Also, our local advertisers for the most part aren't geotargeting campaigns nationwide, so the deluge is somewhat irrelevant to them. Nationally I think an advertiser could jump on it and we do have some reps working on those accounts, but still nothing has closed."

Those traffic spikes are the Olive Garden review in this chart by Quantcast.