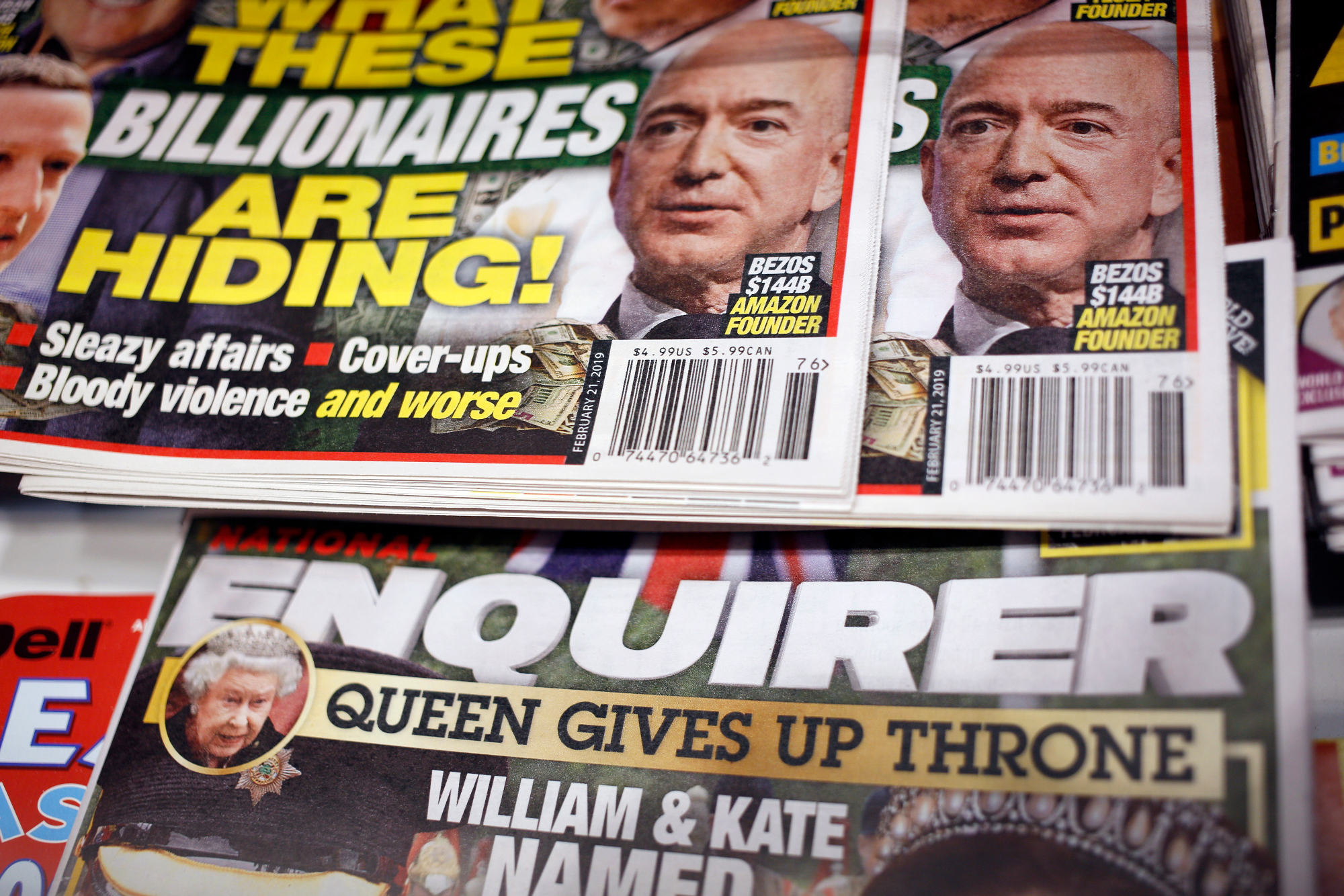 American Media Inc. is selling the National Enquirer to Hudson News Deputy Chairman James Cohen, according to The Washington Post, letting the embattled publisher jettison the tabloid after being accused of trying to blackmail the world’s richest man.

Cohen will pay $100 million for the Enquirer, the Post reports, citing unnamed people familiar with the matter. The sale also includes American Media’s other tabloids: the Globe and National Examiner. Cohen is part of the family that founded Hudson News, a chain of newsstands famous for their airport locations, and he previously ran it.

American Media announced this month that it was putting the 93-year-old tabloid up for sale, following the accusations leveled by Amazon founder Jeff Bezos. The publication was also accused of killing embarrassing stories about President Donald Trump.

Billionaire Ron Burkle had been rumored to be interested in buying the National Enquirer, potentially putting a high-profile Democratic Party donor in charge of a tabloid that’s been friendly to Trump. But a representative for the investor said he didn’t want to buy the troubled newspaper.

The sale to Cohen should ease the pressure on American Media, CEO David Pecker and the publisher’s hedge-fund backers. Chatham Asset Management is the principal owner of the company and two of the firm’s executives serve on its board. Leon Cooperman, a billionaire hedge fund manager, has said that his stake is relatively small.

Chatham, run by Anthony Melchiorre, has grown increasingly disgusted with the reporting tactics at the Enquirer and pushed for the sale, according to the Post.

Hudson, meanwhile, is a century-old news distributor founded by the Cohen family. It bills itself as the largest distributor of magazines and books in the Northeast and the second-largest nationwide. That may bring some advantages to aligning with the Enquirer. Hudson Group, based in East Rutherford, New Jersey, posted sales of $1.9 billion last year.

The Enquirer and its owner have come under scrutiny since Bezos accused American Media of trying to blackmail him with apparently stolen photos of him, some of them explicit. To support those claims, he also published emails sent to his lawyer, Marty Singer, by American Media executives.

The scrutiny extended to Chatham, which was questioned by New Jersey officials over the matter. The firm also has come under review by securities regulators.

Unloading the Enquirer would shift American Media’s focus toward fitness and lifestyle brands. In recent years, it acquired Us Weekly and Men’s Journal, as well as Bauer Media’s celebrity and teen brands.